ServiceNow (NOW) reported an earnings and a revenue beat for the first quarter Wednesday after the close of trading. The numbers were impressive but the question the charts suggest is whether NOW can sustain Thursday's gains. Let's check out the charts.

In this daily bar chart of NOW, below, we can see that prices gapped higher Thursday on the opening but are now trading near the intraday low. This kind of temporary price strength tells me that traders used the early gains to take profits. A stock that gaps higher and continues to rise is obviously much stronger. That is not the case with NOW.
Prices are below the declining 50-day moving average line as well as the declining 200-day line. The On-Balance-Volume (OBV) line has been in a decline from late December telling us that sellers of NOW have been more aggressive than buyers - volume on down days has been heavier than on up days. The Moving Average Convergence Divergence (MACD) oscillator is bearish.

In this weekly Japanese candlestick chart of NOW, below, we see a large top formation. Prices could be outlining a large and complex head and shoulders top pattern. In 2020 we can see a possible "left shoulder". A "head" in late 2021 and a "right shoulder" in 2022.
The $450 area is a potential "neckline" when broken could precipitate further declines. The right shoulder shows several rally failures at the underside of the cresting 40-week moving average line.
The weekly OBV line shows a similar top pattern as it has rolled over in the past two years. The MACD oscillator is bearish.

In this daily Point and Figure chart of NOW, below, we can see that prices reached a downside price target of $489. 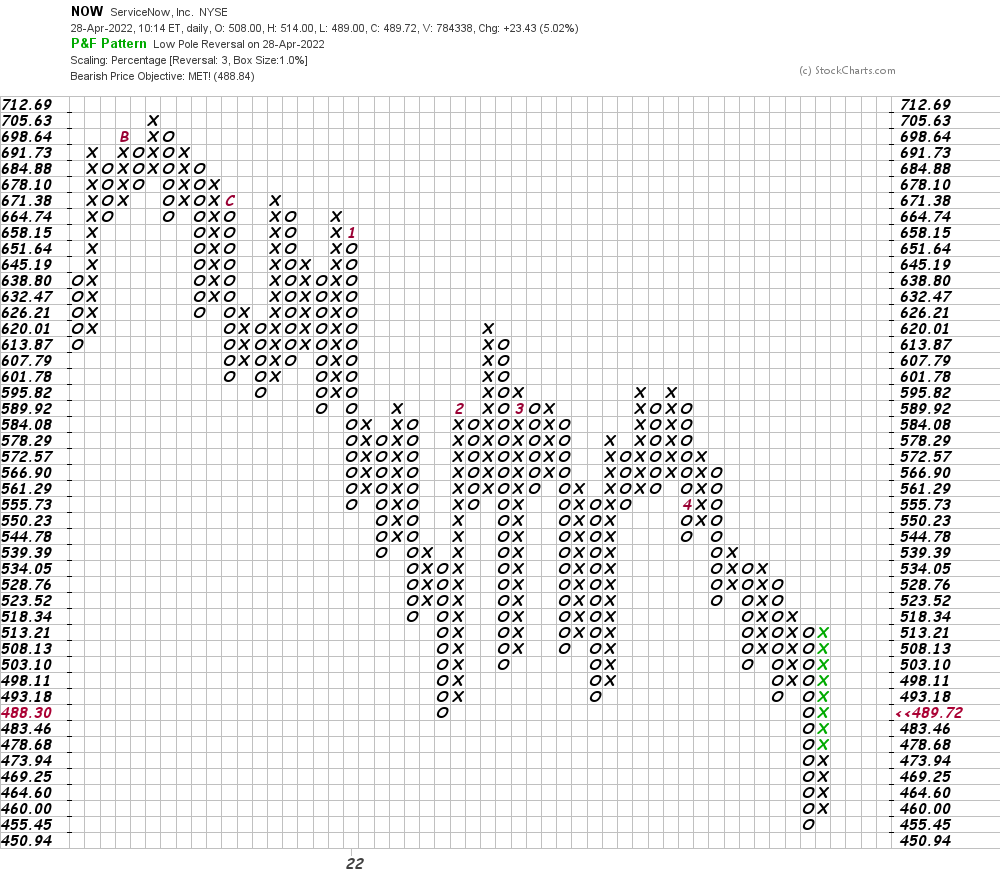 In this weekly Point and Figure chart of NOW, below, we used a five box reversal filter. Here the software suggests a target in the $334 area. 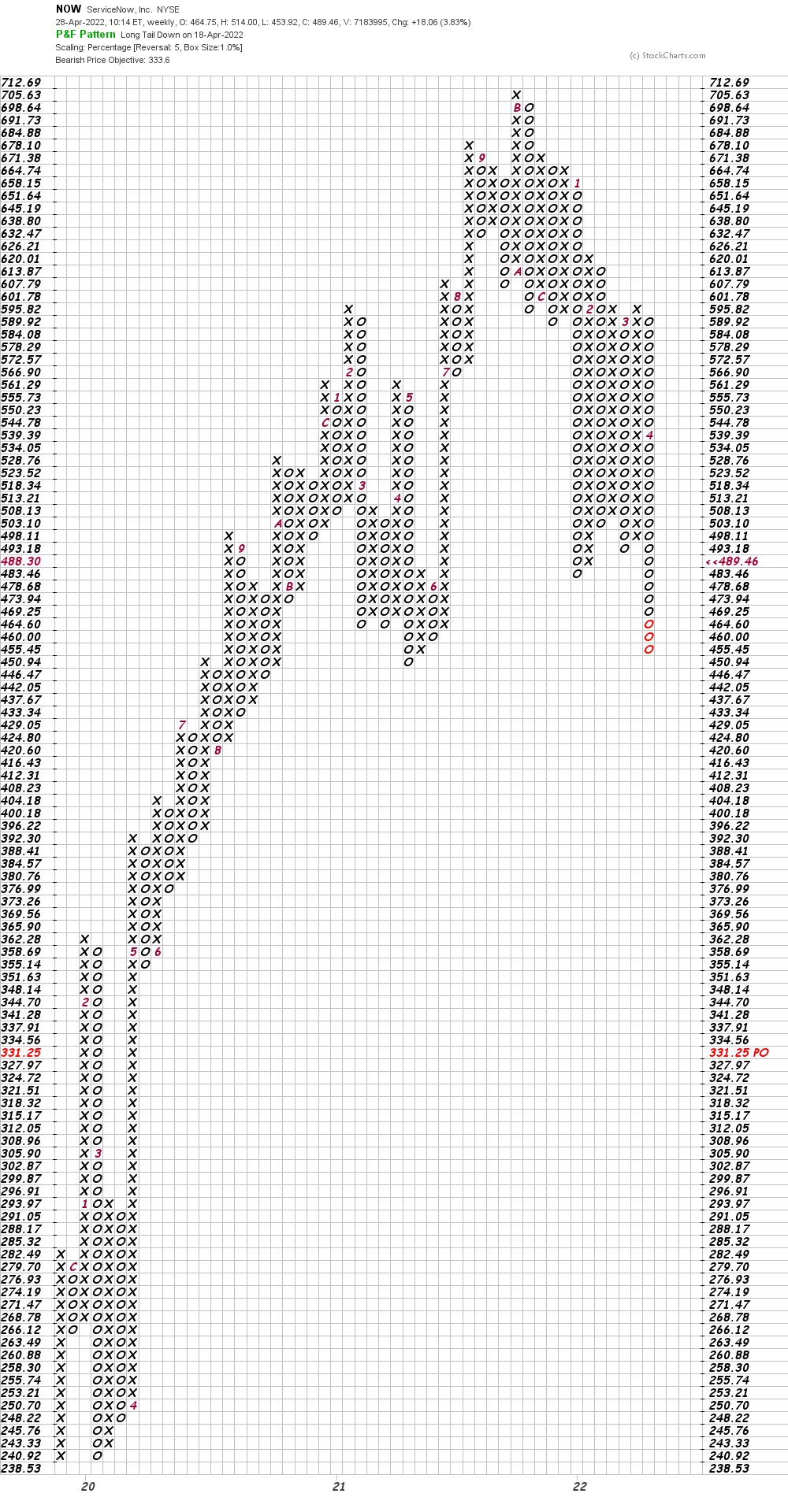 Bottom line strategy: NOW could continue to bounce further in the short-run but with the big risk that we are looking at a large top pattern remains. I would stay on the sidelines.
Get an email alert each time I write an article for Real Money. Click the "+Follow" next to my byline to this article.
TAGS: Earnings | Investing | Stocks | Technical Analysis | Trading | Software & Services | Technology