The stock market is back in rally mode, and with the Super Bowl just a few days away, Jim Cramer told his Mad Money viewers Thursday that it's time to nominate his starting lineup of stocks that are likely to score a touchdown for your portfolio.

For running back, Cramer nominated Nike (NKE) , a company that knows how to win.

When we looked at NKE back on December 16, we recommended that "Back in October we recommended that traders become scale up profit takers on approach to $145. Even though today's Point and Figure chart shows a potential $168 price target I would stick with the original strategy as momentum has slowed."

How do the charts look now?

In this daily bar chart of NKE, below, we can see that traders got a chance to see at $145 last month. Prices stopped just short of $148 and turned lower. NKE broke below the rising 50-day moving average line and then managed to rally back above it in recent days.

The OBV line shows some weakness since the early part of December. The Moving Average Convergence Divergence (MACD) oscillator fell below the zero line in late January.

In this weekly bar chart of NKE, below, we can see some weakness developing.

Prices are trading above the rising 40-week moving average line but the OBV line shows some weakness in the past two months, and the MACD oscillator has crossed to the downside generating a take profit sell signal.

In this Point and Figure chart of NKE, below, we used daily price data and here the software is projecting a decline to the $118 area. 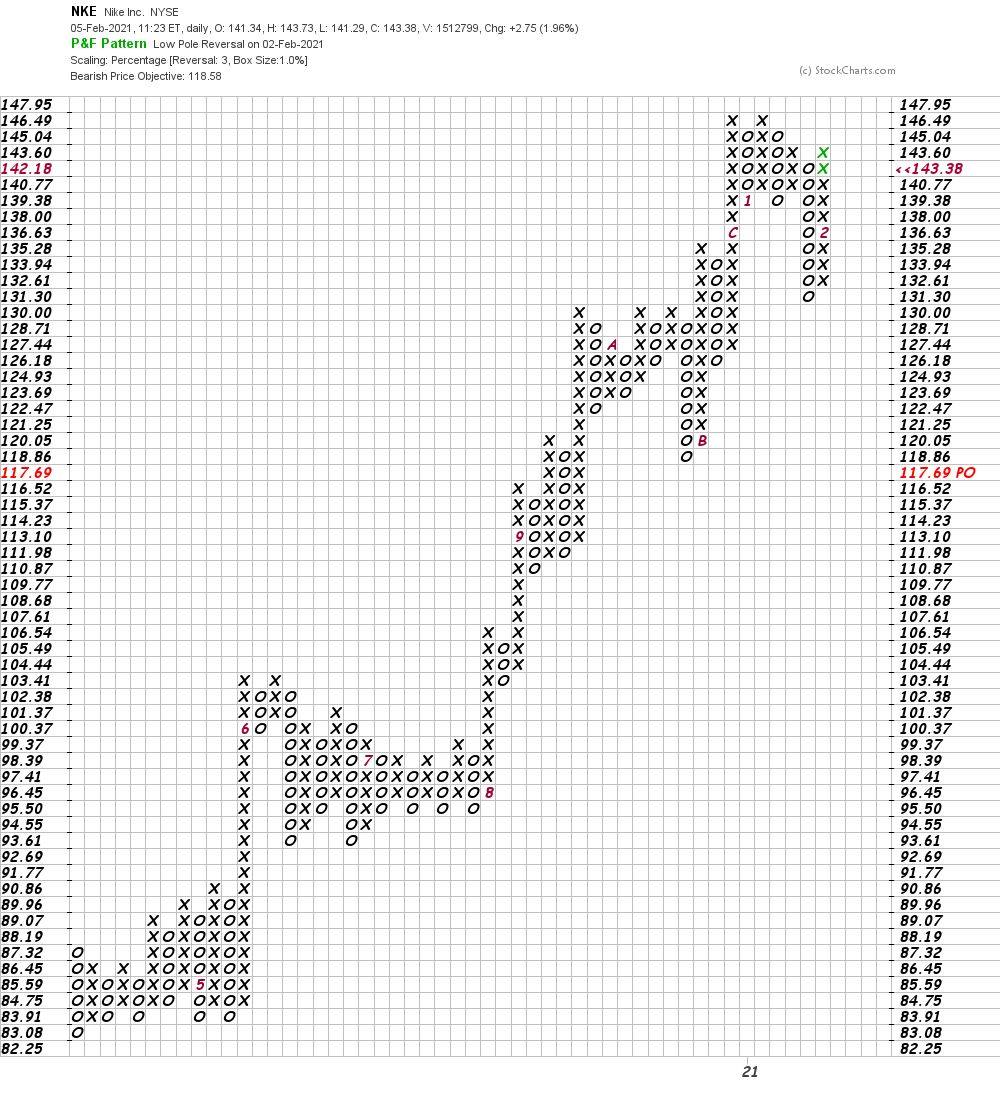 Bottom line strategy: Assuming that traders took profits on longs at around $145, I would stand aside for now.

Get an email alert each time I write an article for Real Money. Click the "+Follow" next to my byline to this article.
TAGS: Investing | Markets | Stocks | Technical Analysis | Trading | Apparel | Retail | Sports business | E-Commerce | Mad Money

Let's review the charts and indicators of this railroad giant.

The key issue in a better market is to put more money to work and have more exposure.