The stock price of Dave & Buster's Entertainment (PLAY) has weakened the past two months. PLAY could hold the still rising 200-day moving average line and generate a modest recovery into year end but the longer-term picture looks weak.

Let's check out the games, food and, oh yeah, the charts and indicators.

In this daily bar chart of PLAY, below, we can see that the slope of the 50-day moving average line has turned negative but the 200-day average line is still bullish. PLAY broke its late October low with its decline in December and it broke its uptrend from May.

The daily On-Balance-Volume (OBV) line shows a rise from May but a rounded top the past two months or so. Sellers of PLAY have turned more aggressive but only slightly so.

The trend-following Moving Average Convergence Divergence (MACD) oscillator crossed to the downside in early October for a take profits sell signal and by the end of the month an outright sell signal was generated when the indicator moved below the zero line.

In this weekly bar chart of PLAY, below, we can see that the 2018 high is below the 2017 high. Prices are above the rising 40-week moving average line which intersects around $51 or so.

The weekly OBV line shows a two to three month decline and the MACD oscillator has crossed to the downside for a take profits sell signal. 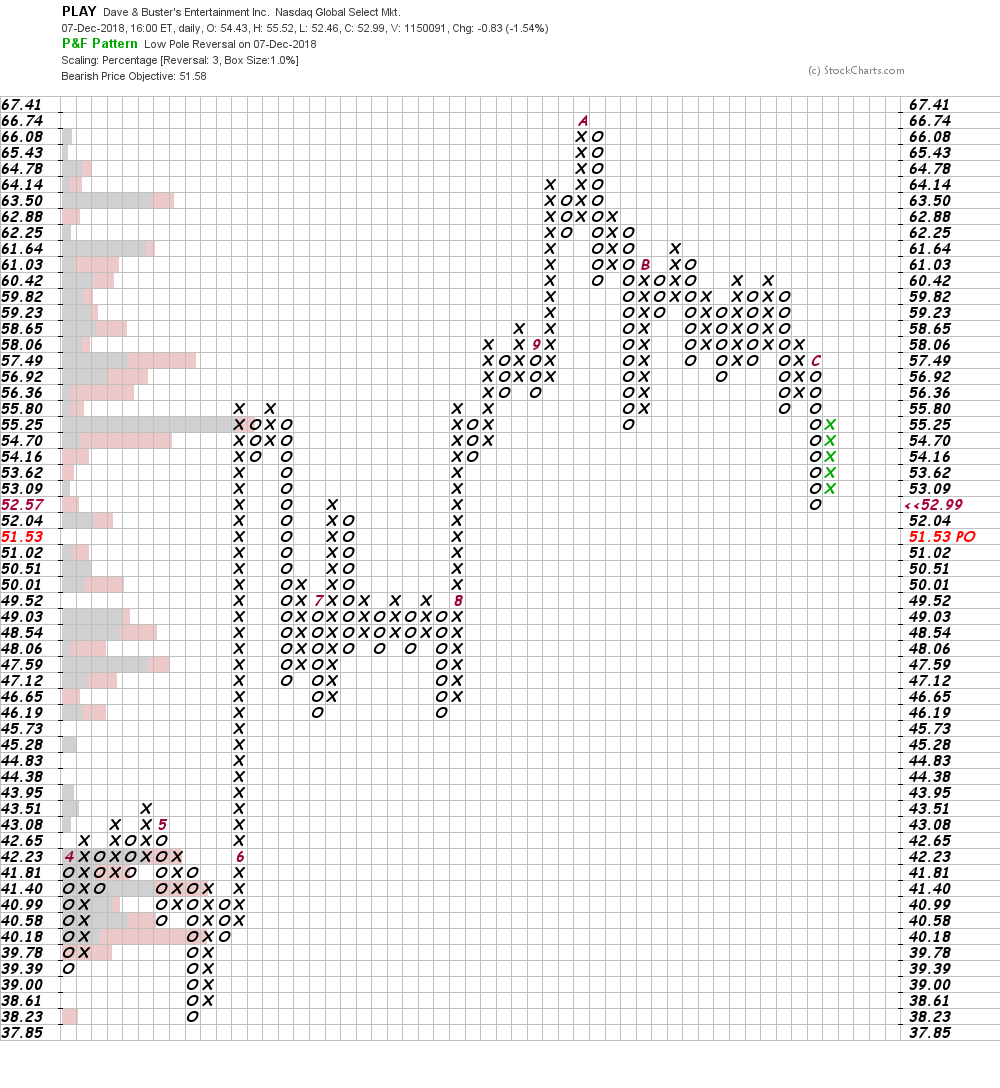 Bottom line strategy: PLAY could weaken further or we could see a sideways trading range for the next few months. Either outcome is less than exciting. We will probably find more exciting opportunities elsewhere.

Get an email alert each time I write an article for Real Money. Click the "+Follow" next to my byline to this article.
TAGS: Investing | Stocks | Technical Analysis | Video Games | Consumer Discretionary | Sports