During Wednesday night's Mad Money program, Jim Cramer mentioned the railroad company CSX Corp. (CSX) which was on the move, despite a labor strike at General Motors (GM) curbing auto and parts shipments.

In this daily bar chart of CSX, below, we can see that prices corrected sharply in July and into early August. During the balance of August prices stabilized and then bounced. A pullback this month has made a higher low on the chart and a rally above the September high (should it happen) will create an uptrend - higher low and a higher high.
Prices are above the now rising 50-day moving average line and only a few dollars below the slightly rising 200-day moving average line.
The daily On-Balance-Volume (OBV) line shows a similar pattern with a low in August and a higher low in October. A move by the OBV line above its September high will be a positive sign for CSX.
The Moving Average Convergence Divergence (MACD) oscillator could soon move above the zero line for an outright go long signal.

In this weekly bar chart of CSX, below, the price weakness of this summer only looks like a normal correction in a longer-term uptrend. Prices are below the flat to slightly rising 40-week moving average line and it will not take much of a price rally for CSX to get above the 40-week average.
The OBV line has been generally positive the past three years and the dip in the line in July and August looks to be minor. A turn up in the OBV line will be a strong vote of confidence for the stock.
The MACD oscillator has narrowed and is ready to cross to the upside for a cover shorts buy signal.

In this Point and Figure chart of CSX, below, we can see that a downside price objective is being projected. This chart changes with the price action and a rally to $73 should turn the chart bullish. 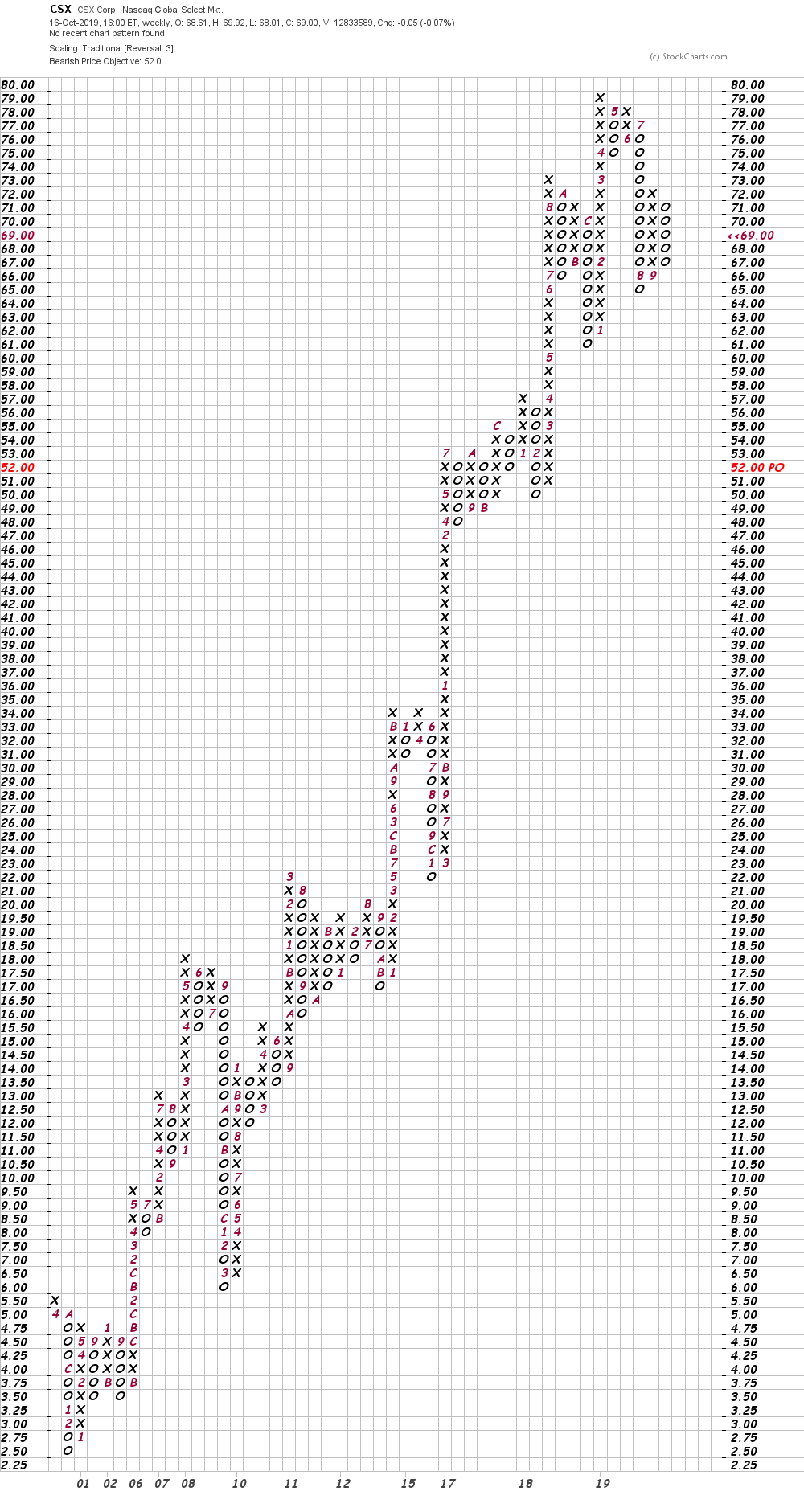 Bottom line strategy: Traders could go long CSX at current levels if they can risk below $65. Add to longs above $72 and $73. Look for a rally to the low $80's by year-end.
Get an email alert each time I write an article for Real Money. Click the "+Follow" next to my byline to this article.
TAGS: Investing | Stocks | Technical Analysis | Trading | Transportation | Mad Money

I Would 'Bet' on Wynn Resorts Continuing Its Rally