Jim Cramer favored CSX Corp. (CSX) during the fast-paced Lightning Round of Tuesday night's Mad Money program on CNBC. CSX has corrected lower the past few months but let's look closer to see if a new uptrend could get moving in the weeks ahead.

In this daily bar chart of CSX, below, we can see two "legs" lower - one in October and a second move to the downside in December. Despite this pullback or correction the 200-day moving average line is still in an uptrend. The 50-day moving average line has a negative slope and is now testing the rising 200-day line. If the 50-day line moves below the 200-day line market watchers will call in a death cross. This sell signal is belated and may not be successful if CSX continues to move higher.

The daily On-Balance-Volume (OBV) line has been moving down since September but it has recently started to improve. A rising OBV line means that buyers are being more aggressive.

The MACD oscillator has crossed to a cover shorts signal and is not far from the zero line and an outright buy signal.

In this weekly bar chart of CSX, below, we can see that the longer-term trend is up. The recent decline to $60 looks like a retest of earlier resistance.

The weekly OBV line is stable and not signaling more aggressive selling.

The weekly MACD oscillator has begun to narrow from just below the zero line. A crossover will be bullish. 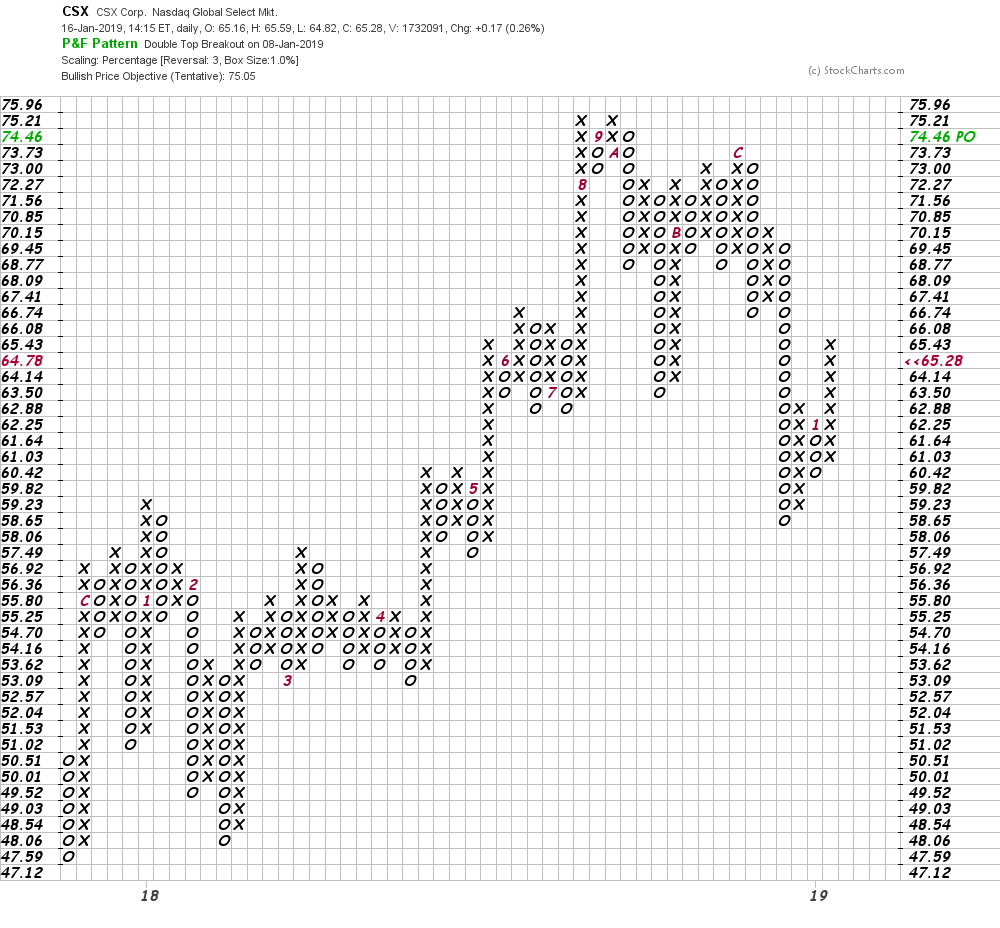 Bottom line strategy: Analysts who watch the Dow Transportation names like CSX should be encouraged. A rally in CSX back to the $75 area would probably get the animal spirits going again in the markets. Risk below $61 and probe the long side of CSX for a rally back to the summer highs.

Get an email alert each time I write an article for Real Money. Click the "+Follow" next to my byline to this article.
TAGS: Investing | Markets | Stocks | Technical Analysis | Trading | Transportation