Recently, the price of many cryptocurrencies fell by almost 20%.

Bitcoin had dropped by 38% from its recent high -- that's the third correction of greater than 30% in the last 12 months. Since then prices have continued to fluctuate.

Here is a history of the major corrections in Bitcoin over the last 11 years: 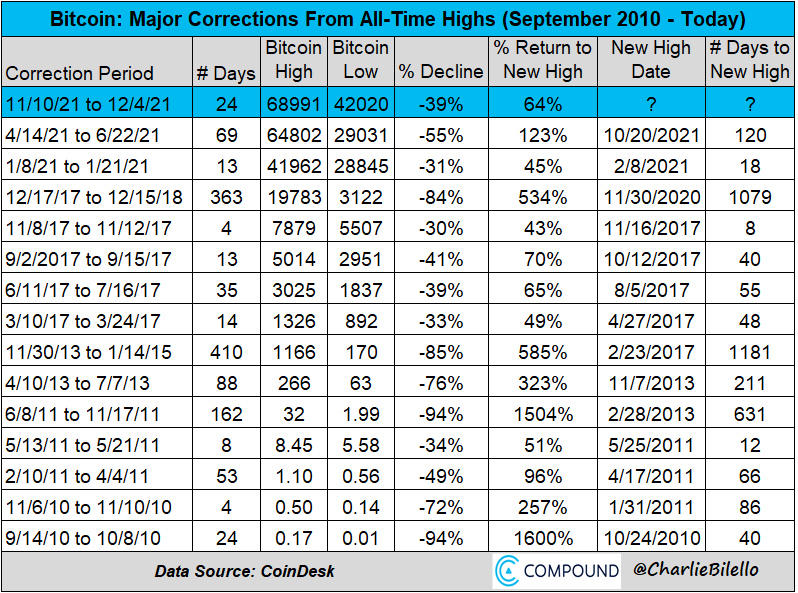 Mark Twain taught us that history doesn't repeat itself but it often rhymes.

The same applies to market history. 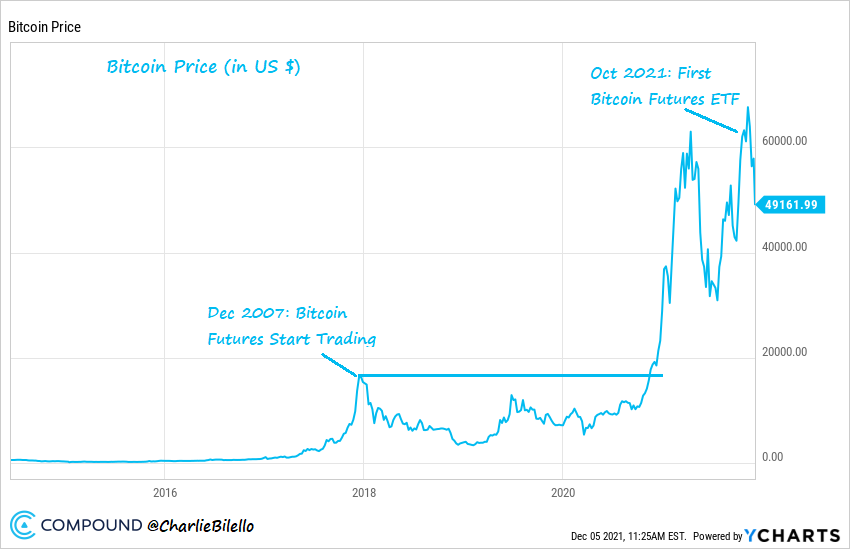 What are digital currencies, if they can be created ad hoc -- like monetary presses -- and produce an endless supply?

Why are digital currencies better than fiat currency if their supply is really not fixed.

What value do digital currencies have if:

I recognize that many very intelligent investors that I respect (like Paul Tudor Jones, Elon Musk, Anthony Scaramuuci) and even some countries have confidently made large commitments to digital currencies.

I am not a luddite, but, sorry, I just don't "get" digital currencies and I don't see the value proposition.

For several years cryptocurrencies have taken the oxygen out of the gold room -- and many long-term and strongly committed investors in precious metals have begun to lose confidence in gold and silver.

Gold has been around, though thick and thin, for thousands of years.

Bitcoin is only 13 years old and other digital currencies are still infants.

But we don't know what Bitcoin and other digital currencies will look like when they grow up.

There... I have said that also.

(This commentary originally appeared on Real Money Pro on Dec. 6. Click here to learn about this dynamic market information service for active traders and to receive Doug Kass's Daily Diary and columns from Paul Price, Bret Jensen and others.)

Get an email alert each time I write an article for Real Money. Click the "+Follow" next to my byline to this article.
TAGS: Bitcoin | Currencies | Investing | Markets | Stocks | Trading | Cryptocurrency

Watch this hour-long private event with the legendary investor as he shares his views and outlook on the market, the Fed, stocks, crypto and much more!

Crypto Roars Back to Life, So Where's the Best Play?

Last year's huge drops in cryptocurrencies have been followed by nice moves higher so far this year, but will the rallies last?

It's Time to Toss COIN

As Coinbase sacks more workers, investors should steer clear of the crypto exchange.