During Friday's " Mad Money" program, host Jim Cramer gave viewers a short list of companies he was watching closer this week. Thursday brings earnings from Nike (NKE)  after the close of trading.

Cramer told viewers to be careful with Nike. Let's check out the charts of this global brand.

The daily On-Balance-Volume (OBV) line has been in tail-spin since early August and tells us that sellers of NKE have been more aggressive. The Moving Average Convergence Divergence (MACD) oscillator has fallen below the zero-line and into sell territory.

In this weekly Japanese candlestick chart of NKE, below, we can see a top reversal pattern in early August. Prices may or may not find chart support in the $150-$140 area. Weakness below $140 could mean that support will be broken. The weekly OBV line is a problem for chart watchers.
The OBV line made a much lower high in August even though prices made a new high. This is a bearish divergence and could foreshadow a significant decline. The weekly MACD oscillator is crossing to the downside for a take-profit sell signal.

In this daily Point and Figure chart of NKE, below, we can see a nearby downside price target of $149. 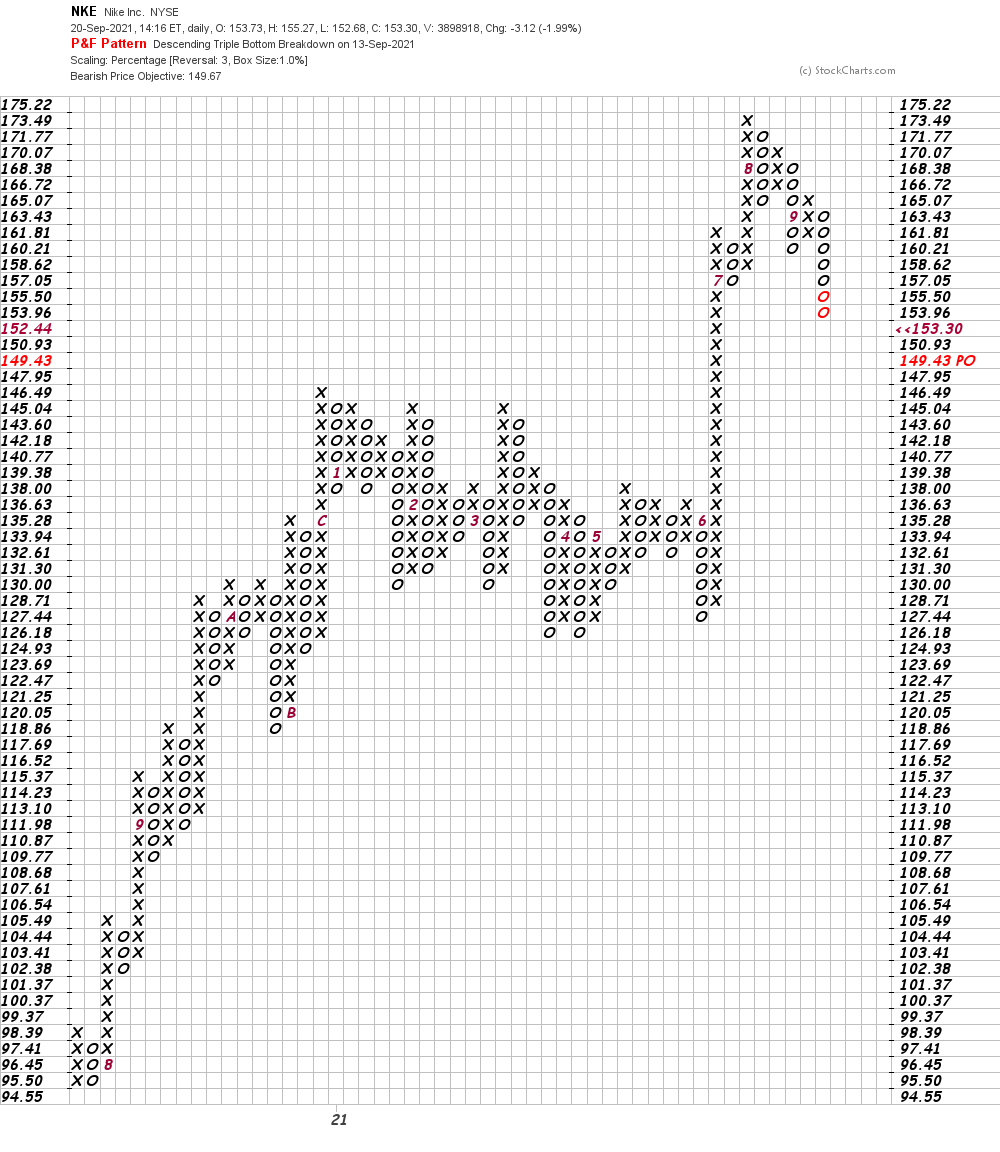 In this weekly Point and Figure chart of NKE, below, we can see a possible $137 price target. 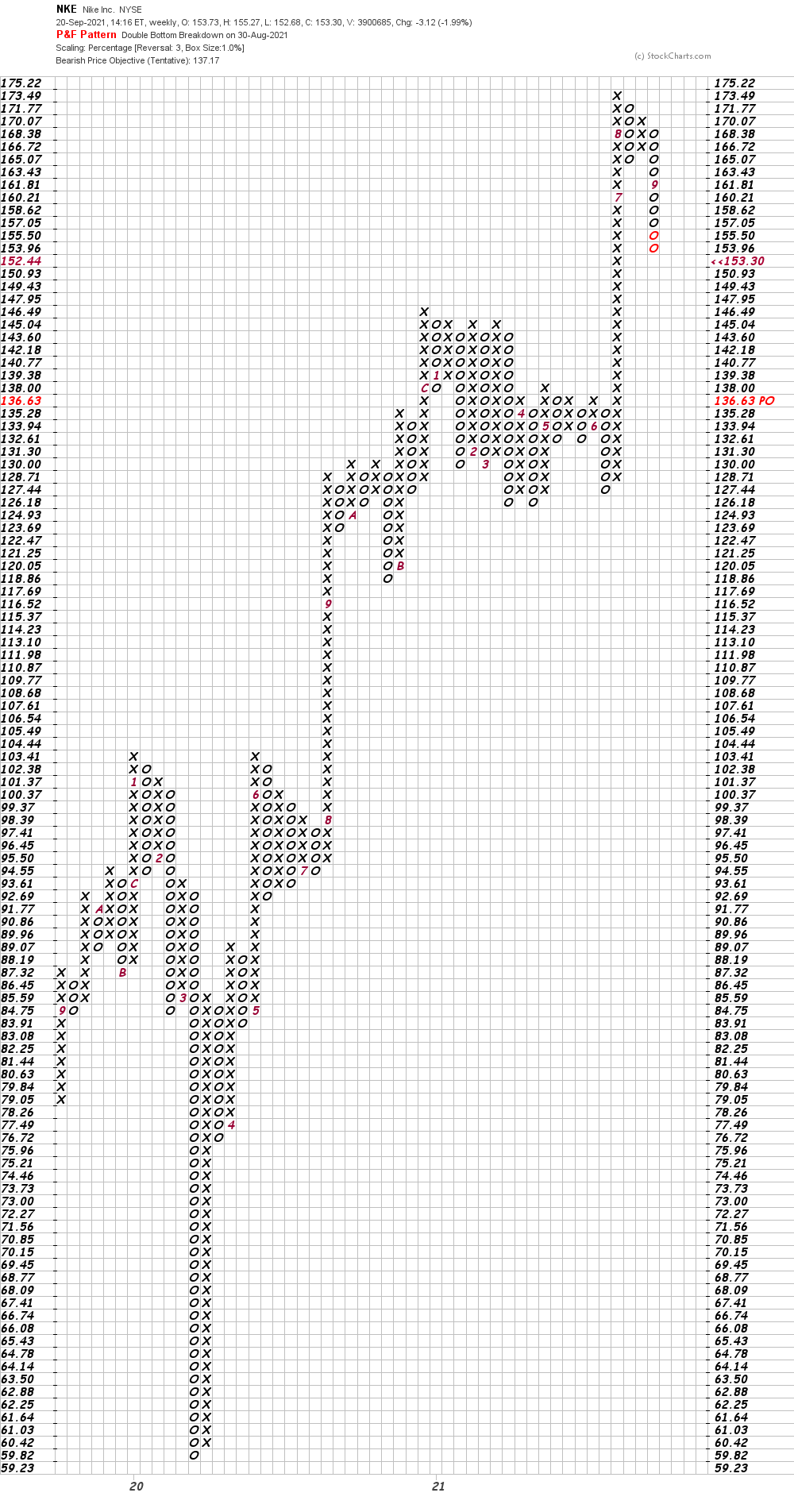 Bottom line strategy: There are enough negative or bearish developments on the four charts above to recommend a defensive position on NKE ahead of earnings this Thursday. Avoid the long side.
Get an email alert each time I write an article for Real Money. Click the "+Follow" next to my byline to this article.
TAGS: Investing | Technical Analysis | Apparel | Sports business | Mad Money | Sports | Earnings Preview