In his "Homework" segment of Mad Money Tuesday night, Jim Cramer followed up on a few stocks that had stumped him during earlier shows. He said that Textainer Group Holdings (TGH) , the intermodal container leasing company, has an interesting story. As global trade resumes after the pandemic and trade wars, the company's containers should be in high demand.

Cramer said he'd wait for the stock to pull back after it's run from $5 to over $19 a share, but the company has a great long-term outlook. Let's pay a visit to the charts.

The On-Balance-Volume (OBV) line shows a strong rise from late March and its gains give us confidence that the rally can be sustained.

The 12-day price momentum study does not show a bearish divergence to the price action - momentum has made higher highs with prices and thus the rally is not slowing just yet.

In this weekly bar chart of TGH, below, we can see that prices have been bottoming since late 2018. Prices are now trading above the rising 40-week moving average line. Trading volume has been more active since December which is roughly the mid-point of the base.

This is typical and is a good clue to watch for when picking stocks to trade. The Moving Average Convergence (MACD) oscillator is bullish and rising.

In this daily Point and Figure chart of TGH, below, we used a percentage method of plotting the X's and O's. Here the chart shows that a price target of $18 has been reached. 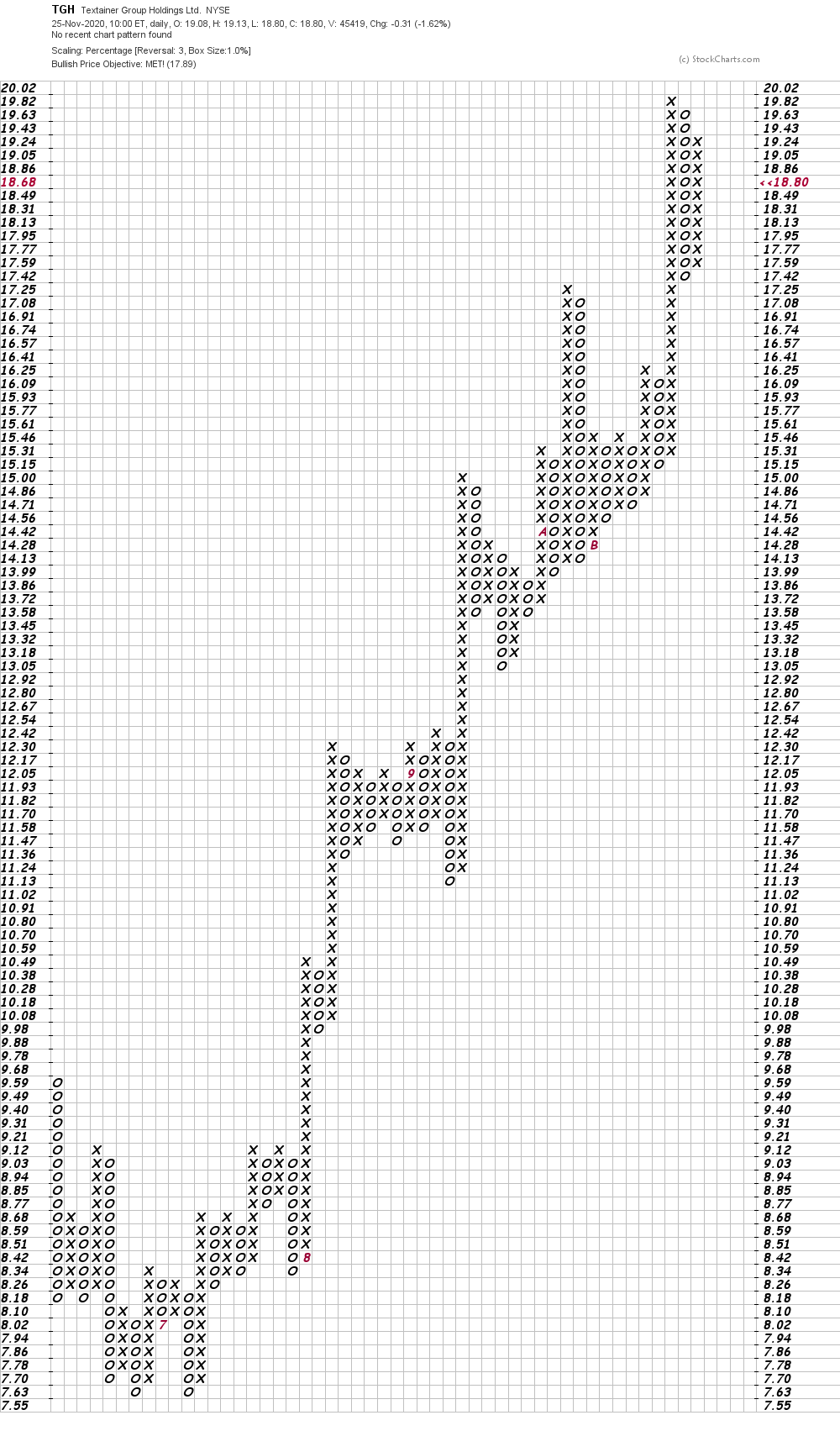 In this second daily Point and Figure chart of TGH, below, we used a traditional even dollar plotting technique and here the chart shows a price target of $29. Same data. Interesting. 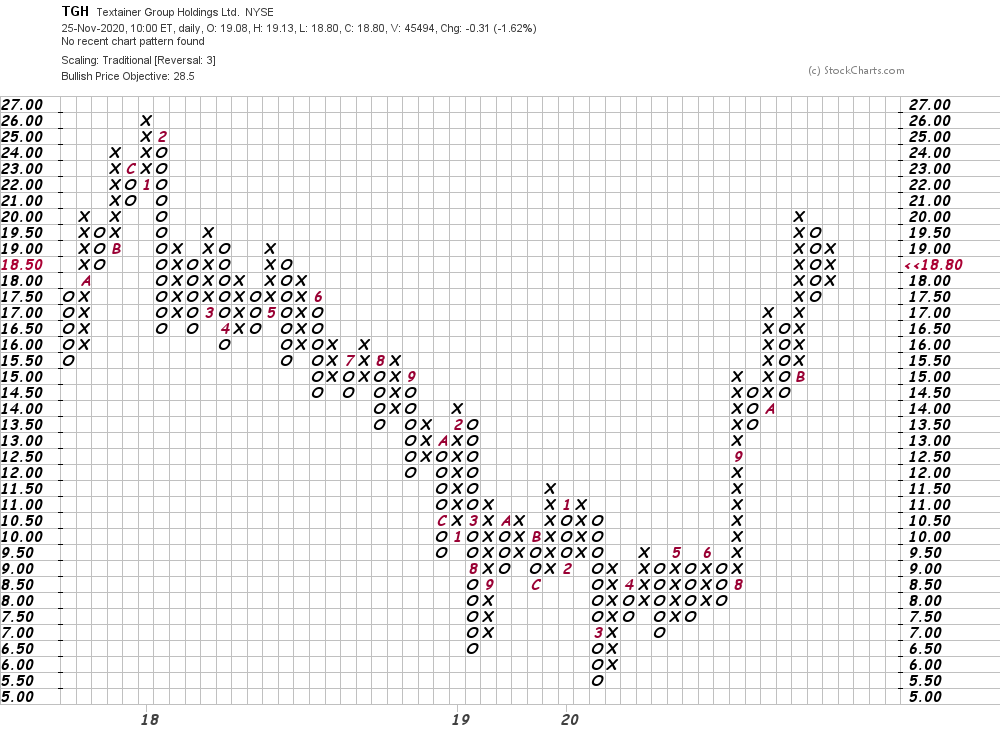 Bottom line strategy: TGH could see a $17-$20 trading range in the days and maybe weeks ahead. This sideways movement could be a buying opportunity for future gains in the $29 area. Risk a close below $16.

Get an email alert each time I write an article for Real Money. Click the "+Follow" next to my byline to this article.
TAGS: Investing | Stocks | Technical Analysis | Trading | Transportation | Mad Money

Airbnb Has Plenty of Room to Stage a Recovery Rally

Here's how to book an investment in ABNB, according to the charts.