If you think Democratic presidential contender Joe Biden could win the election two weeks from now, there are a few stocks you should start adding to your portfolio, Jim Cramer told his Mad Money viewers Tuesday evening. Some of these names have been working under President Trump, Cramer noted, but some would see a big boost from Biden. Cramer recommended stocks like Starbucks (SBUX) , Nike (NKE) , and Apple (AAPL) , as well as many of the semiconductors..

We have not looked at NKE since September 24 when we warned that "Investors might keep their stops there (below $110) but traders might consider raising stops to $119. NKE could get dragged lower in this current weak broad market environment." The good news is that NKE has managed to trade still higher despite our concerns. Let's check out the latest charts and indicators.

In this updated daily bar chart of NKE, below, we can see that prices have moved higher into October but have so far become stalled around $130. NKE is trading above the rising 50-day moving average line as well as above the rising 200-day moving average line. The trading volume has diminished so far this month and that is not comforting to old-time chart readers who like to see volume expand.
The On-Balance-Volume (OBV) line has rolled over a bit since late September telling us that sellers of NKE have been more aggressive in recent days.
The Moving Average Convergence Divergence (MACD) oscillator has crossed to the downside generating a take profits sell signal.

In this weekly bar chart of NKE, below, we see a mixed picture. Prices are in an uptrend and above the rising 40-week moving average line.
The weekly OBV line has not made a new high over the past three months when prices have pushed up to new highs. This is a bearish divergence and tells us to be on guard for a possible correction or reversal.
The MACD oscillator is bullish but narrowing in recent weeks.

In this daily Point and Figure chart of NKE, below, we can see that prices have met and exceeded a price target of $107. 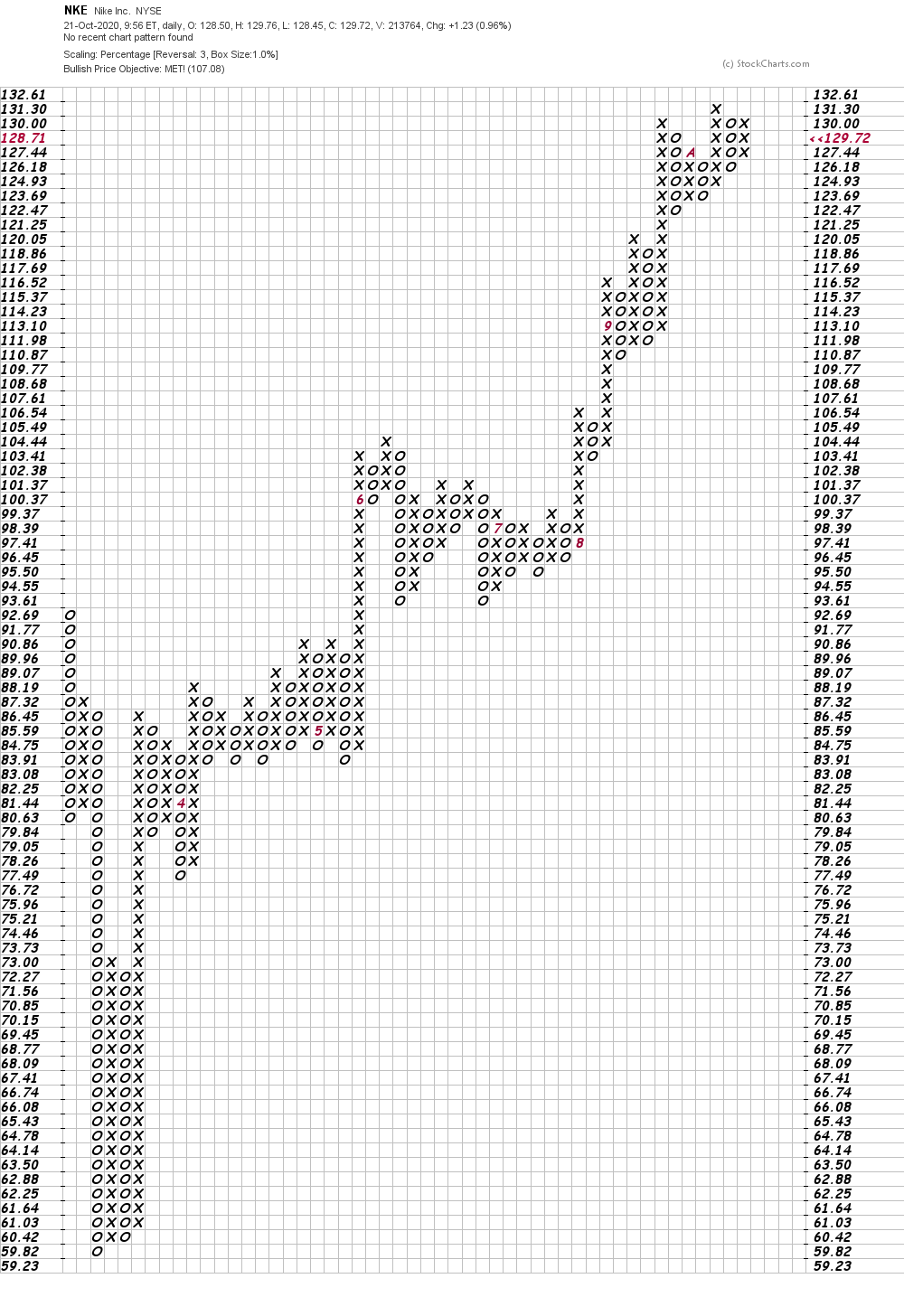 In this weekly Point and Figure chart of NKE, below, we can see a not all that far away price target of $145. 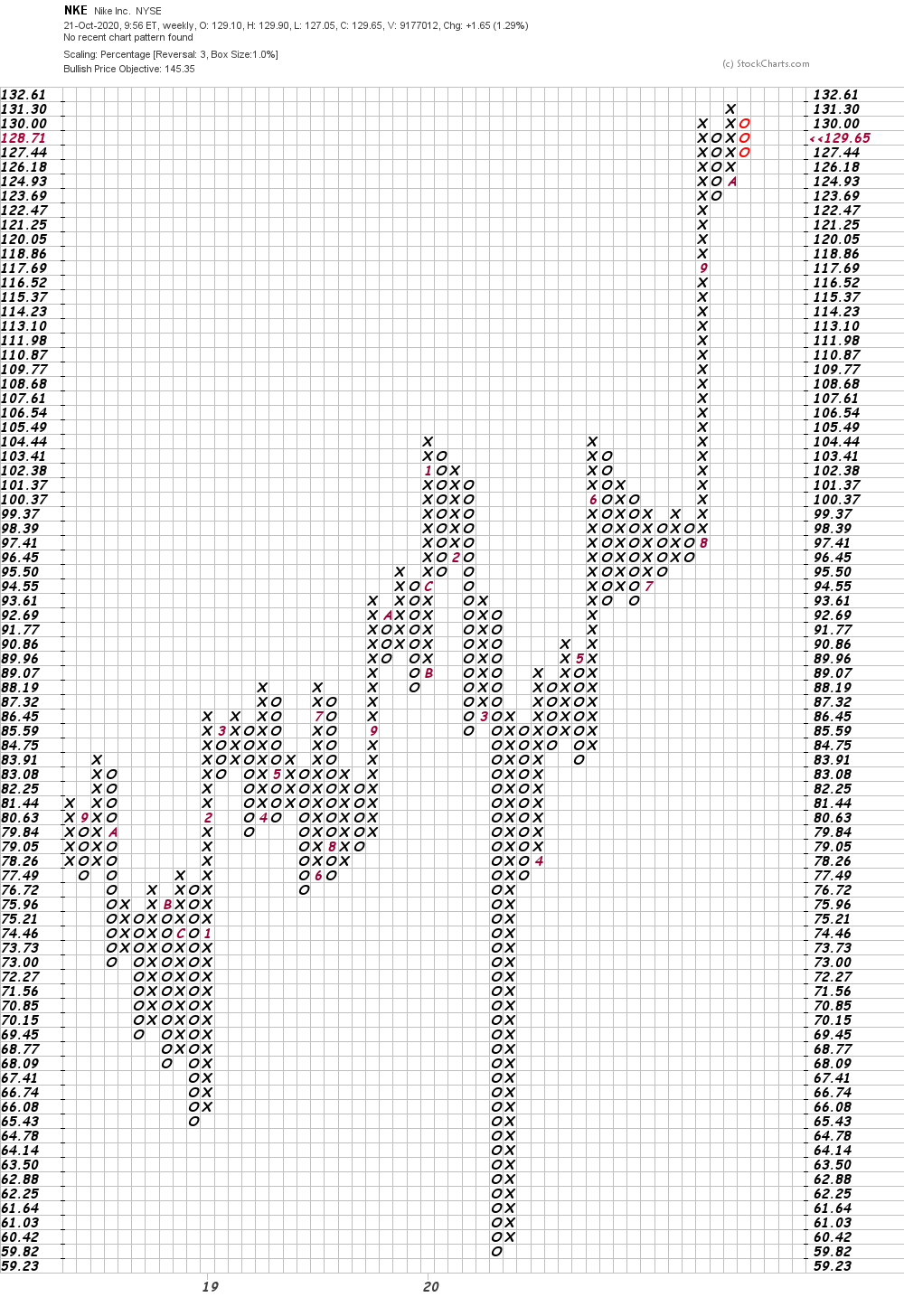 Bottom line strategy: NKE is still in an uptrend with a possible $145 price target based on the weekly Point and Figure chart. The indicators have been weakening so the best strategy I think is to raise sell stops to $122 and look to be a scale-up profit taker towards $145 if available.

(Starbucks, Nike, and Apple are holdings in Jim Cramer's Action Alerts PLUS member club. Want to be alerted before Jim Cramer buys or sells these stocks? Learn more now.)

Get an email alert each time I write an article for Real Money. Click the "+Follow" next to my byline to this article.
TAGS: Investing | Stocks | Technical Analysis | Trading | Apparel | Retail | E-Commerce | Mad Money | Sports