A large sell side firm cut its fundamental rating of router maker Cisco Systems (CSCO) to "Neutral" Thursday with a $51 price target. CSCO is trading lower on the day but it remains above its May and early July nadir. Let's check the charts and indicators to see if a rally in CSCO can help the Dow Jones Industrial Average (DJIA).

In this daily bar chart of CSCO, below, we can see that prices have slipped lower from late December. Prices declined to a low in May and a slightly lower low in early July. Trading volume has been spiking higher in May and June. The slope of the 50-day moving average line is negative. The slope of the 200-day line is also negative.

The On-Balance-Volume (OBV) line has been weak since early January and tells us that sellers of CSCO have been more aggressive than buyers. The 12-day price momentum study shows higher lows from May to June to July for a bullish divergence when compared to the price action.

In this weekly Japanese candlestick chart of CSCO, below, we see a mixed picture. Prices are still trading below the declining 40-week moving average line. The weekly OBV line shows a decline but also a steady trend in June. The 12-week momentum study is improving and that could be foreshadowing higher prices ahead.

In this daily Point and Figure chart of CSCO, below, we can see that prices have reached a downside price target in the $46 area. 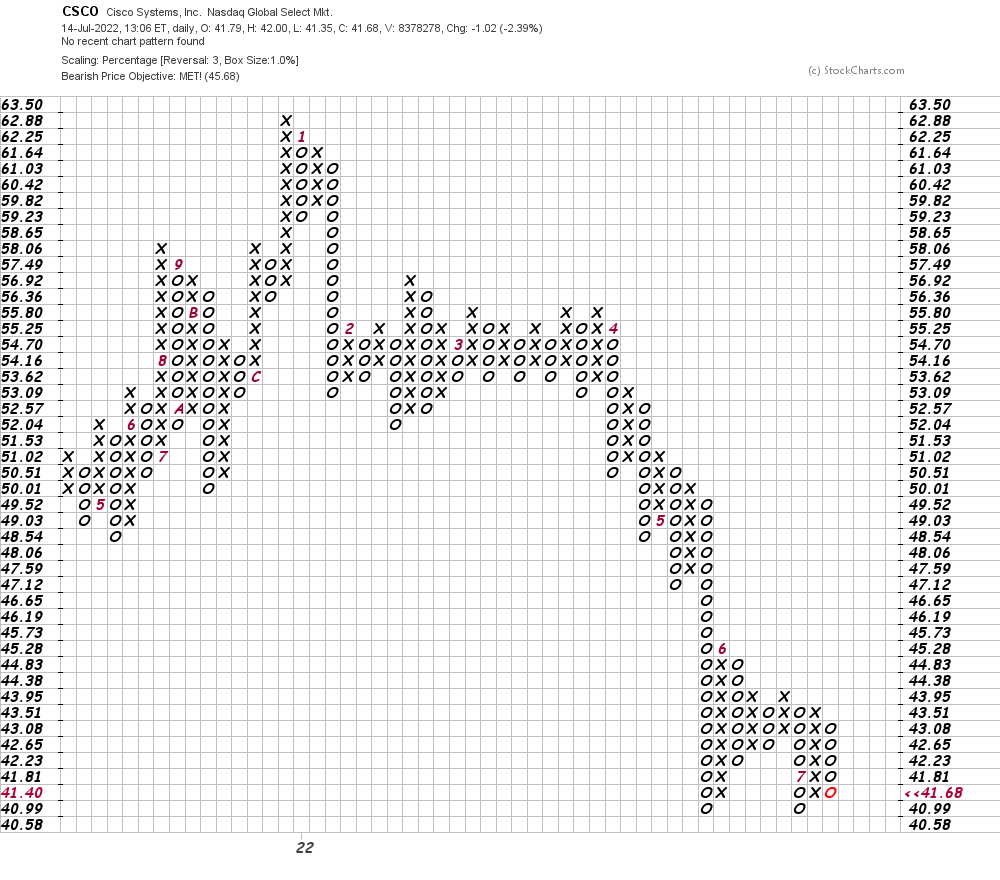 In this weekly Point and Figure chart of CSCO, below, we can see that prices reached a downside price target in the $42 area. 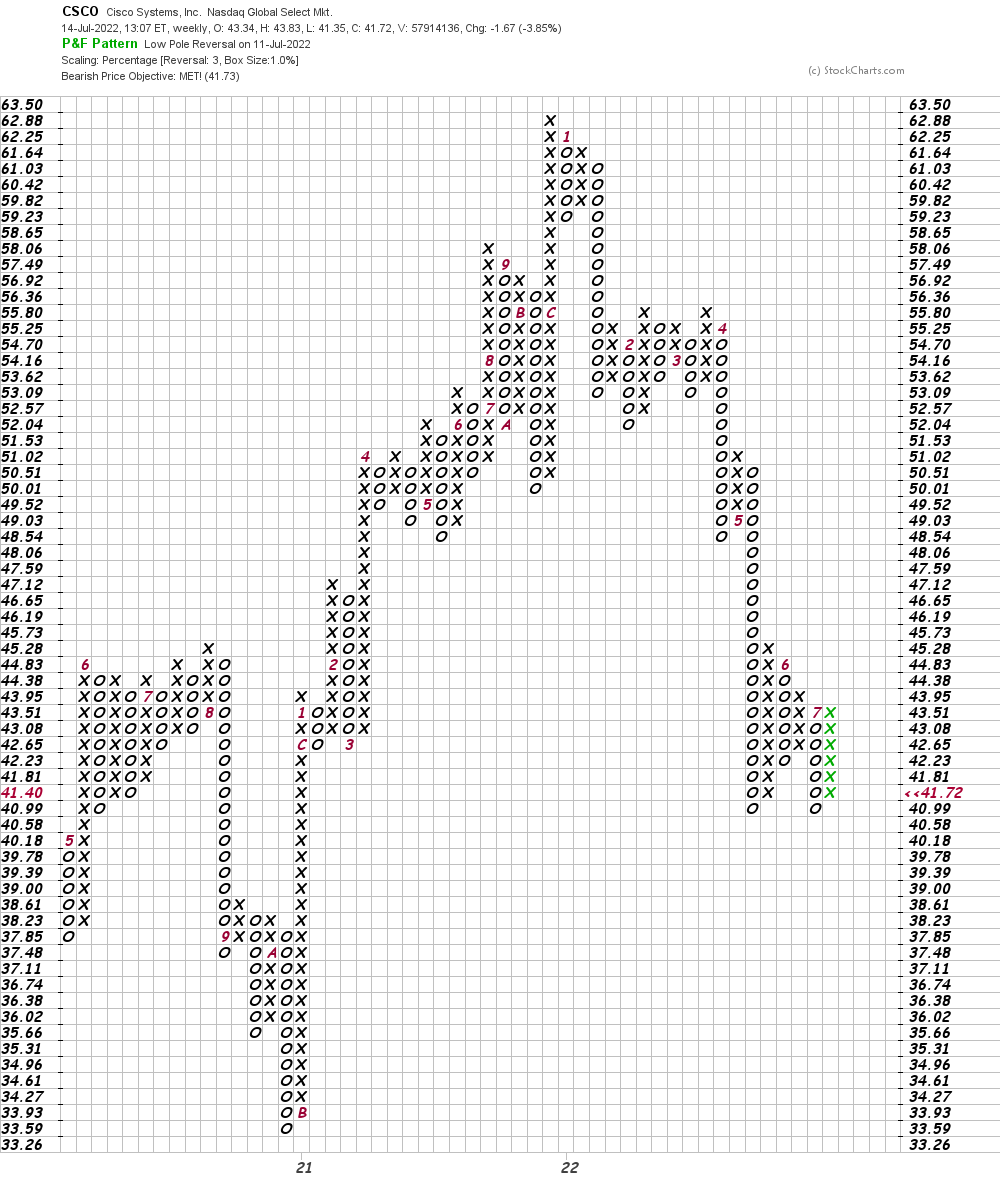 Bottom line strategy: CSCO may or may not close higher on the day but it still shows me that prices are not reacting the same way to what appears to be bearish news. This is a positive development.
Get an email alert each time I write an article for Real Money. Click the "+Follow" next to my byline to this article.
TAGS: Investing | Stocks | Technical Analysis | Trading | Cybersecurity | Technology | Technology Hardware & Equipment | Analyst Actions