"I think this is a very good company and I like the stock right here," responded host Jim Cramer.

Let's check out the charts.
In this daily bar chart of CI, below, we can see that prices staged a strong rally from the March nadir into early June. Prices retested their February zenith before renewed selling took hold. CI declined in early July before some buying interest (support) developed. Prices are below the declining 50-day moving average line and below the rising 200-day moving average line. The daily On-Balance-Volume (OBV) line declined from June into July, telling us that sellers of CI were more aggressive, but the OBV line has so far held at the April/May lows suggesting that buyers and sellers are mostly in balance. The Moving Average Convergence Divergence (MACD) oscillator has flattened out below the zero-line.

In this weekly bar chart of CI, below, we can see that prices have been stuck in a large sideways trading range capped by the $220-$230 area. Prices are below the rising 40-week moving average line. The weekly OBV line is rising and suggests that buyers of CI on this time frame are more aggressive. The MACD oscillator is just below the zero line in a sell signal but price strength over the next few weeks could turn this back to a buy signal.

In this Point and Figure chart of CI, below, we used daily price data. Prices are pointed down here with a potential $162 price target. A rally to $186 would probably improve the picture. 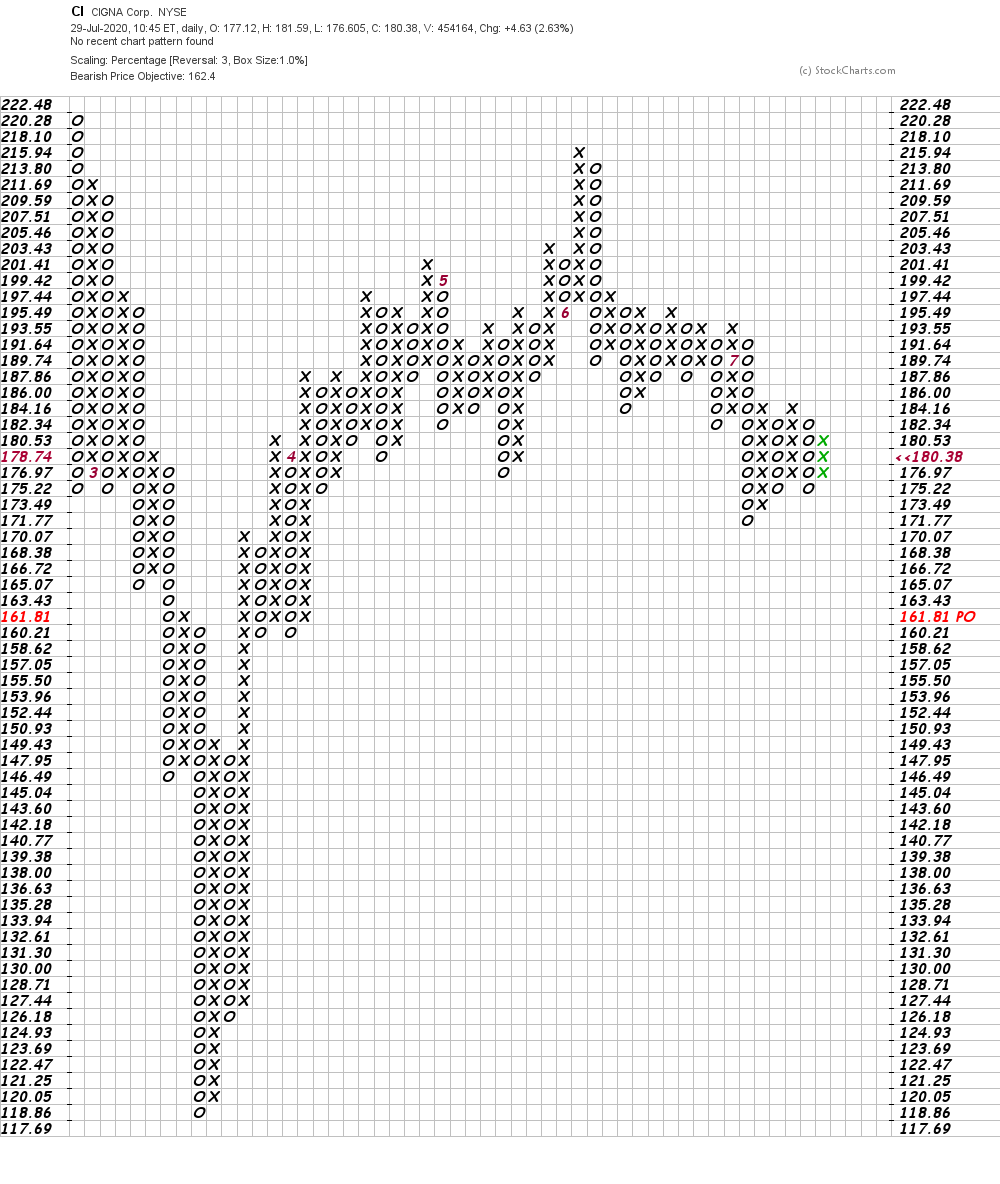 Bottom line strategy: CI looks a little soft on the charts. It does not look like prices will be really weak but it could frustrate investors for a while longer.
Get an email alert each time I write an article for Real Money. Click the "+Follow" next to my byline to this article.
TAGS: Investing | Technical Analysis | Healthcare | Mad Money

The ARK Innovation ETF Has Sprung a Leak

The charts of ARKK look weak and vulnerable to declines.