Investors are beginning to draw desperate conclusions, so mentioned Jim Cramer during his Mad Money program Thursday night. For example, shares of Chipotle Mexican Grill (CMG) fell 5.5% Thursday after an analyst concluded the company could see a 10% shortfall as a result of African Swine Fever. In reality, Chipotle might see less than a 2% decline, according to Cramer. Let's check the charts to see what they say.

In this daily bar chart of CMG, below, we can see that after a big rally from late December that prices have become "stalled" in the $660 - $720 area. A close below $660 will weaken the chart and a strong close above $720 will refresh the uptrend.

Last week the price of CMG gaped down below the rising 50-day moving average line. Prices are still well above the rising 200-day line, perhaps too far above.

The daily On-Balance-Volume (OBV) line rose from late December to confirm the rally but the line has turned lower recently suggesting that sellers have become more aggressive.

The Moving Average Convergence Divergence (MACD) oscillator crossed to the downside in early April for a take profits sell signal and it is now close to crossing below the zero line for an outright sell signal.

In this weekly bar chart of CMG, below, we can see a very impressive rally from early 2018. Prices are above the rising 40-week moving average line - perhaps too far above it. This is one measurement of being overbought.

The weekly OBV line did move up from December to a new high but it has weakened in April and May.

The weekly MACD oscillator is about to cross to the downside for a take profits sell signal.

In this Point and Figure chart of CMG, below, we can see a downside price target around $590. 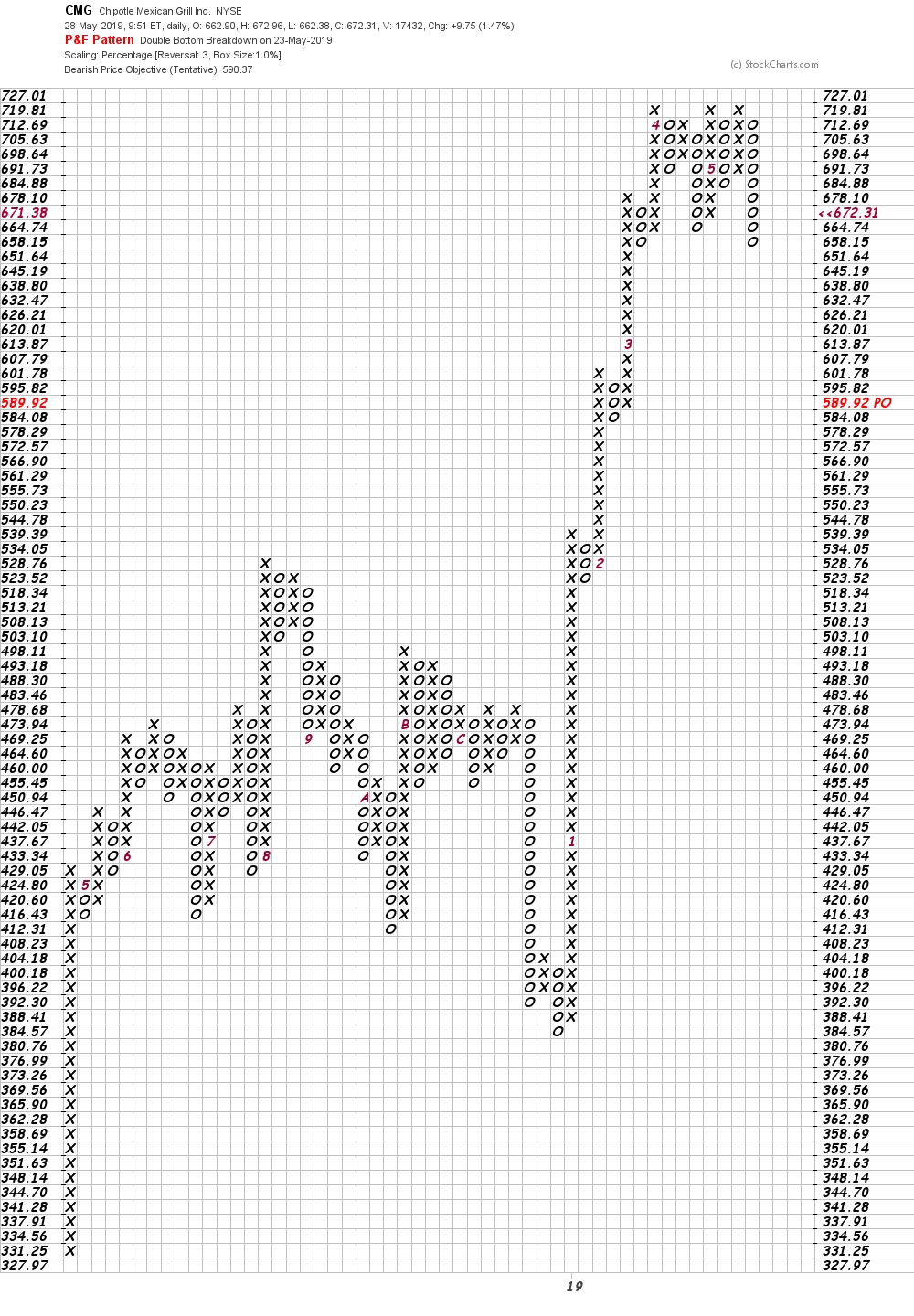 Bottom line strategy: If you are long CMG you should be prepared for downside correction to around $590. If you have been looking to go long CMG or add to longs then you should defer new purchases for now.

Get an email alert each time I write an article for Real Money. Click the "+Follow" next to my byline to this article.
TAGS: Investing | Markets | Stocks | Technical Analysis | Trading | Restaurants | Mad Money