We reviewed the charts of CHWY on December 9 and wrote, "Continue to hold new and existing CHWY longs. Raise stop protection to $69 and look to take some profits at the new and lower price target of $86." Prices reached $120 by February so traders have had plenty of opportunity to take profits into strength.
Let's check on the charts again.
In this updated daily bar chart of CHWY, below, we can see how prices performed the past few months. Prices made higher highs from December to February but notice that the On-Balance-Volume (OBV) line only moved sideways creating a bearish divergence.
Also, the 12-day price momentum study made lower highs from December for another bearish divergence. CHWY turned lower into March. The slope of the 50-day moving average line is bearish but the 200-day line is still positive and below the price action. The OBV is pointed down while better chart support lies in the $70-$60 area.

In this weekly Japanese candlestick chart of CHWY, below, we can see two recent lower shadows on the chart. This tells us that traders have begun to reject the lows but that may not be enough to recommend the long side. The rising 40-week moving average line is not far below the market around $72 or so. We could see this line tested in the weeks ahead.
The weekly OBV line has rolled over the past four months telling us of a shift from aggressive buying to more aggressive selling. Last month the Moving Average Convergence Divergence (MACD) oscillator crossed to the downside for a take profit sell signal.

In this daily Point and Figure chart of CHWY, below, we can see a potential downside price objective in the $68 area. 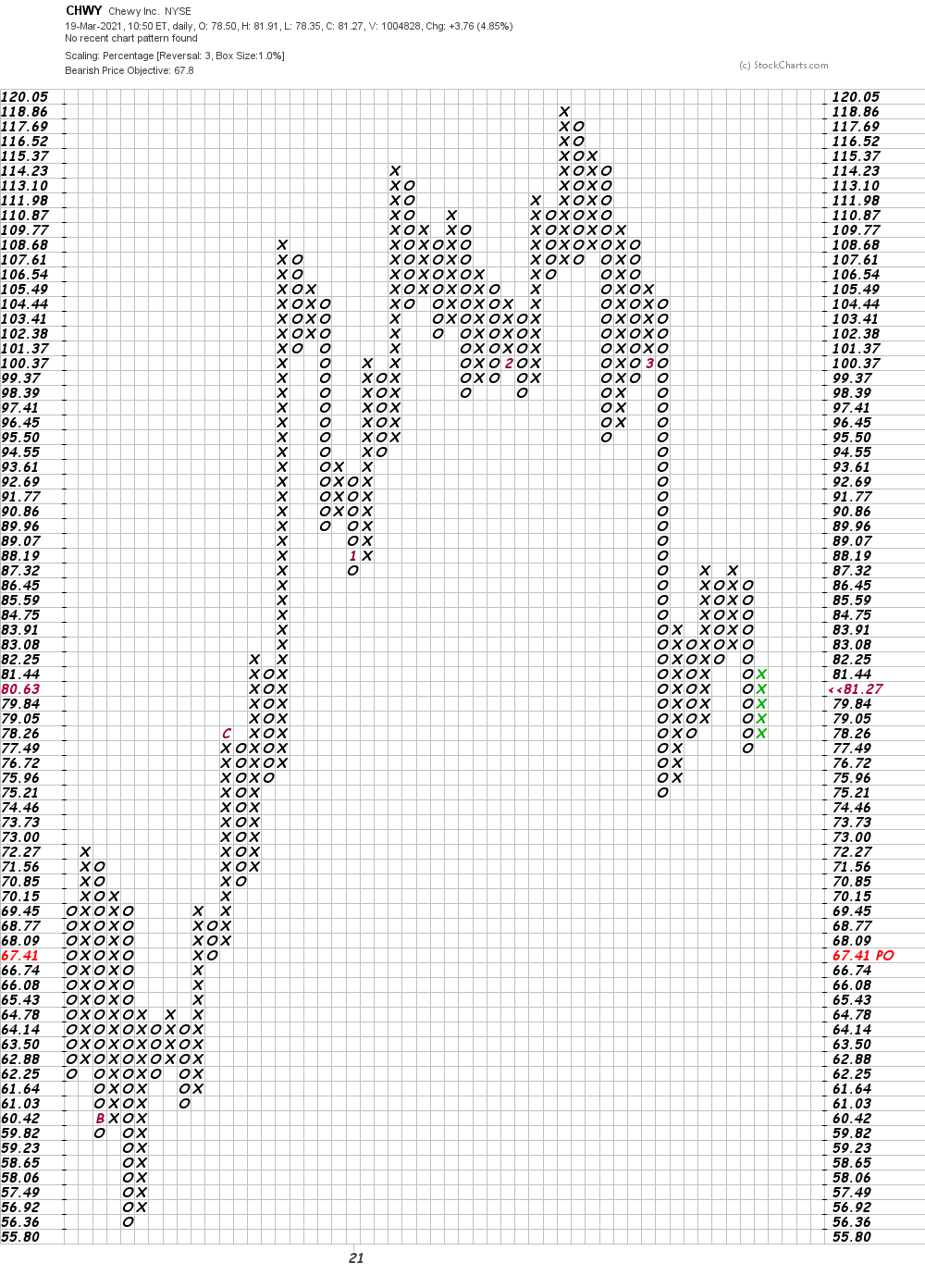 Bottom line strategy: The charts of CHWY are still pointed lower with a possible $68 price target. Be patient and wait for strong signs of a bottom.
Get an email alert each time I write an article for Real Money. Click the "+Follow" next to my byline to this article.
TAGS: Investing | Stocks | Technical Analysis | Trading | Pets | E-Commerce | Mad Money