NIO, Inc.  (NIO) is a new issue with a trading history only back to September.

It looks like buyers have been very aggressive since early January, and the odds favor a move to potentially much higher prices. This stock is not likely to move in a straight line, so novice investors should probably sit this one out.

Why? Sometimes novice investors or traders overweight an unproven stock that they believe could be a home run to make their year. There are no guarantees in this business, so too big of a position relative to your total portfolio can backfire.

Now that we have the disclaimer out of the way, let's take a look at the charts and indicators.

In this daily bar chart of NIO, below, we can see that dips since October to around $6 have been bought. Buyers came in early October, late October, late December and early January.

The daily On-Balance-Volume (OBV) line edged higher, telling me that buyers of NIO were acting more aggressively.The OBV line really takes off on the upside later in January and through February. Notice the day when 100 million shares changed hands?

The trend-following Moving Average Convergence Divergence (MACD) oscillator crossed the zero line at the end of January for an outright go-long signal.

In this Point and Figure chart of NIO, below, we can see a base pattern and an upside breakout at $8.59. This chart does not show an upside price target (yet), but a trade at a new high of $10.70 could do the trick. 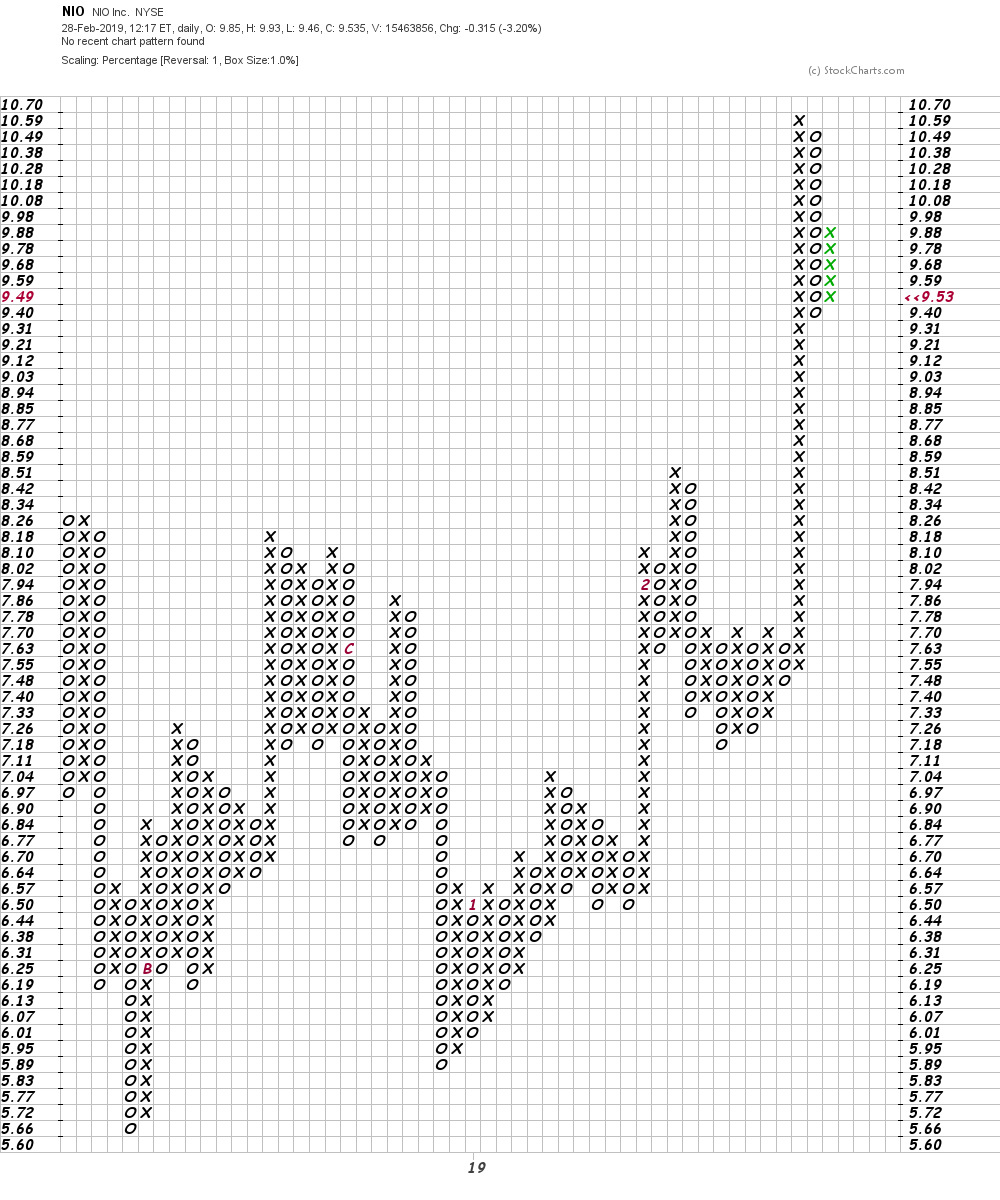 Bottom line strategy: If we consider that NIO has made a five-month base around $8, then we can use multiples of that base level for a price target: $16 followed by $24. Risk two closes below $8 on new longs.

Get an email alert each time I write an article for Real Money. Click the "+Follow" next to my byline to this article.
TAGS: Investing | Markets | Stocks | Technical Analysis | Trading | Automotive | Technology | China