The Canadian cannabis stock is soaring on Thursday, garnering a nearly 20% gain on inter-day trading before paring down in Thursday morning's action.

"What this tells you is how big the market is," Jim Cramer pointed out on the floor of the NYSE this morning.

Yet, the buy-in from other companies into the space has been far larger, most notably that of Constellation Brands' (STZ) big splash into Canopy Growth Corp.  (CGC) .

That could be obscuring the actual details of the TLRY deal that pale in comparison to that of some of its peers and might make the day's bounce outsized.

Perhaps no company has bought into the Canadian cannabis craze more than Constellation Brands.

The Victor, New York-based beverage company's continued partnership with Canopy has been one of the lengthiest in the industry and by far the largest.

The company has been so bullish on the industry that, per the terms of the deal, warrants that can be executed in two tranches over three years could offer the Sands family heirloom a controlling interest in the company. 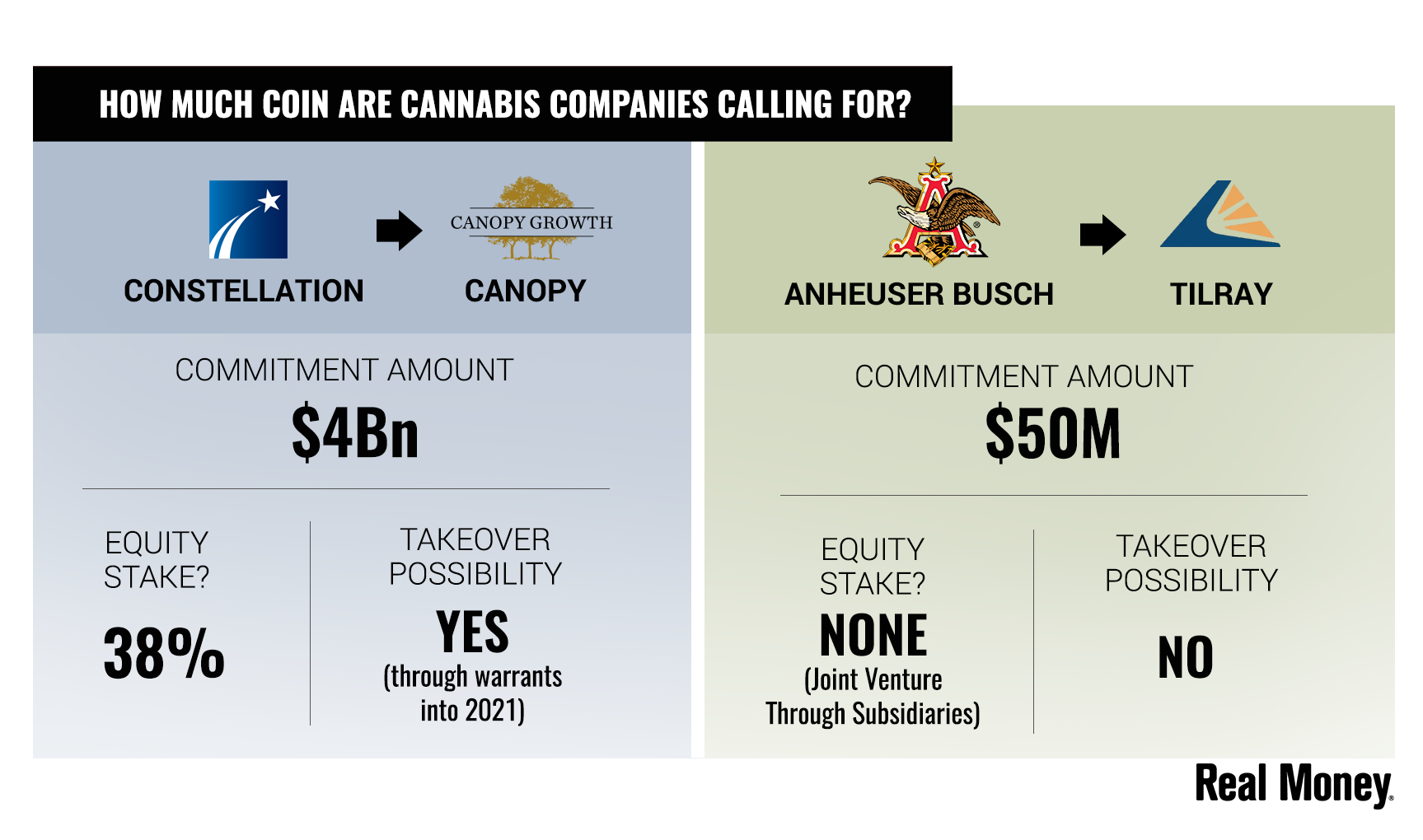 Additionally, Tilray's partnership by comparison is more of an exploratory effort that offers nothing in terms of valuation speculation, despite its over $500 million boost to Tilray's market cap this morning. 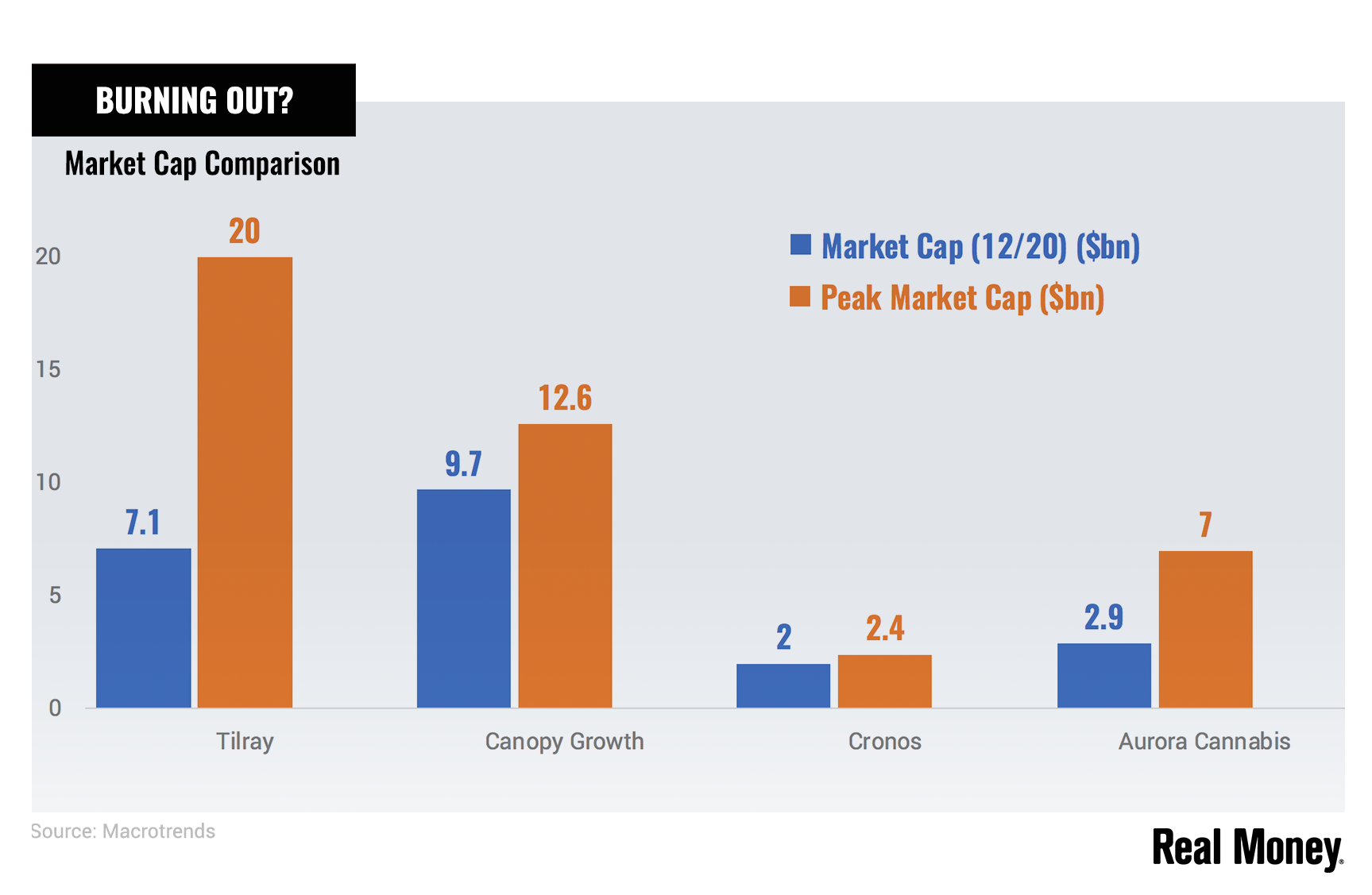 Given the infusion to the Tilray joint venture only stands at $50 million, such a boost appears a bit overdone.

Given Canopy Growth jumped by only about three times as much as Tilray is leaping today on a direct infusion of 80 times more capital, the perhaps undue upward swing of Tilray comes further into focus.

That said, Anheuser Busch could be making a smarter play for its money, especially if the customer base for cannabis is allowed to extend into the United States.

Bernstein analyst Trevor Stirling specifically noted that the company was tactful to "eschew a major (expensive) direct investment in cannabis, such as those of Constellation and Altria."

He suggested that the joint venture model is more appropriate for brewers, as has been seen with the more tactical buy-ins of Molson Coors (TAP) to Hexo Corp. (HYYWF) and Heineken's (HEINY) cannabis minded subsidiary HiFi Hops.

Still, while the buy-in from a historic brewery is a major benefit to the industry and a prime positioning play for AB InBev,  maybe the market is overplaying the impact on Tilray specifically.

What investors should note is that the possibility of price surges on any partnership news at all is the most probable outcome in the cannabis industry at present.

As such, Real Money will be keeping its ear to the rumor mill moving forward.

Get an email alert each time I write an article for Real Money. Click the "+Follow" next to my byline to this article.
TAGS: Investing | Options | Stocks | Food & Drink | Marijuana | Tobacco | Global Equity | Cannabis | Stock of the Day