Oracle Corp.'s (ORCL) much talked about transition to cloud computing pits the company against some of the biggest players in the space.

After reporting an earnings beat on Monday evening, CTO and company founder Larry Ellison was certainly not shy about taking on Amazon's (AMZN) Jeff Bezos head on, touting his database lead and the performance of cloud computing subsidiaries like NetSuite.

"Oracle is ranked with a huge number one lead by Gartner. A distant second is Microsoft, a distant third is IBM, and a ridiculously distant fourth is Amazon who's making all the noise," Ellison told analysts. "We think we have a huge technology leadership in Database over Amazon."

He added that, in his view, much of Amazon's database technology are simply old systems borrowed from predecessors and slapped with an Amazon title.

Ellison was adamant that his company would retain the lead on database technology even against the Jeff Bezos-led serial disruptor.

"In terms of technology, there's no way that someone can move - a normal person- would move from an Oracle Database to an Amazon Database," he declared. "It's just incredibly expensive and complicated, and you've got to be willing to give up tons of reliability, tons of security, tons of performance to go ahead and do it. So we have a huge technology advantage."

Still, he admitted that the difference is in the databases' transition to the cloud, which Oracle is behind on.

As more and more companies and individuals prioritize cloud computing and infrastructure, that may be more of a sticking point than Ellison realizes as he builds out his own Oracle infrastructure. 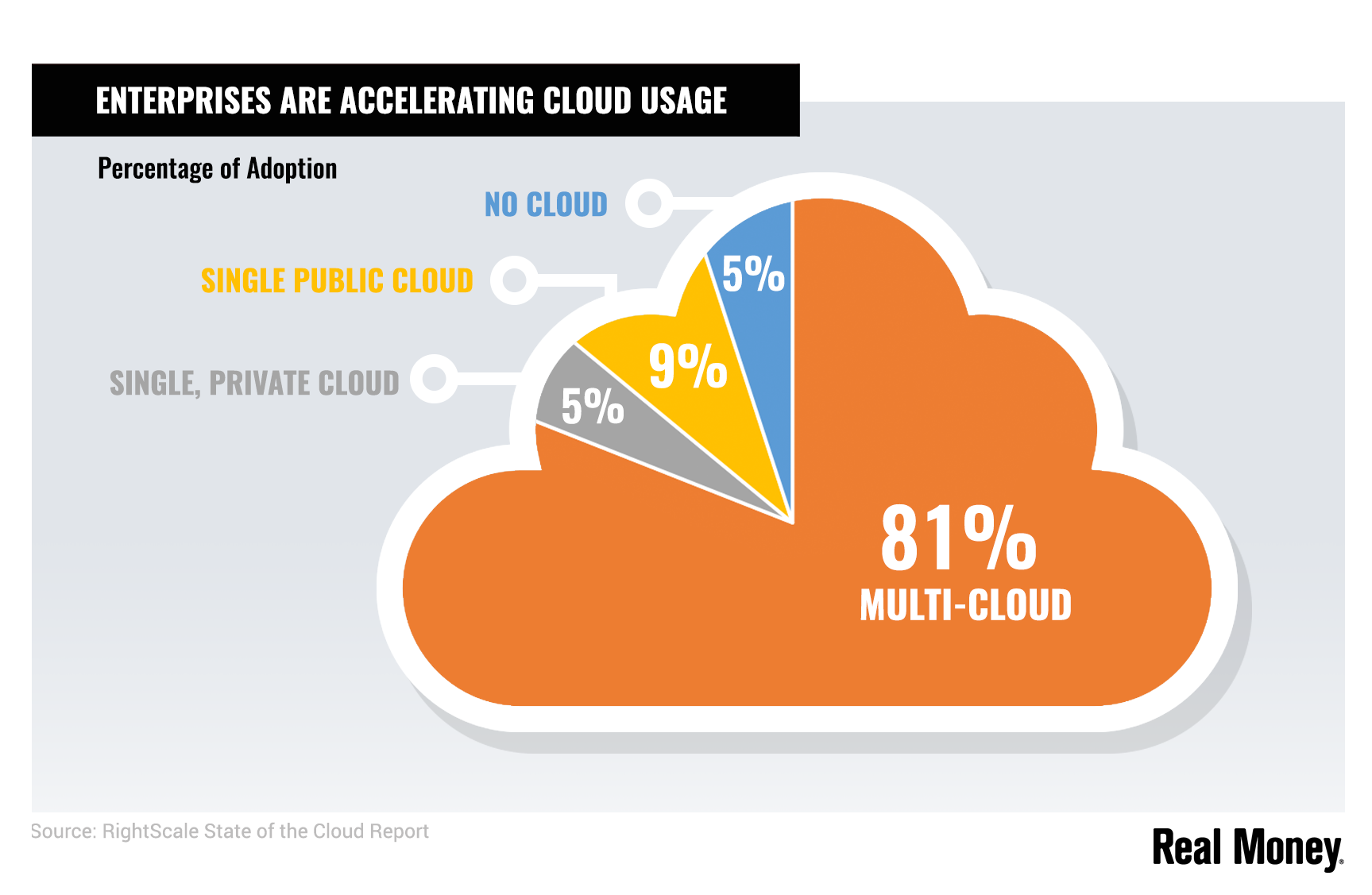 In fact, the analyst that sparked Ellison's diatribe, bringing up the bad blood between Oracle and Amazon stemming from Amazon's migration away from Oracle databases, hung up before Ellison concluded his offensive against Amazon.

Amusing moment on the $ORCL call. Analyst asks Larry Ellison about database competition. Ellison starts a long-winded response in which he takes shots at $AMZN and other rivals.

The analyst eventually cuts Ellison off, curtly thanking him for the response and disconnecting.

"We see some long-term secular challenges for ORCL. As application development shifts to the cloud, we see a growing challenge from Amazon as it incorporates database and other IaaS/ PaaS functionality into its low-cost platform," Wedbush analyst Steve Koenig said on Tuesday. "We're not confident that the company can successfully navigate a transition to the cloud."

The software giant will certainly need to navigate competition against companies like Amazon, Alphabet (GOOGL) , and hybrid cloud leader Microsoft (MSFT) . Such competition will be particularly problematic given the company's distant standing in cloud adoption.

Many analysts that maintained their "Neutral" ratings indicated that there is a need for the company to develop a full ecosystem in the fashion that Amazon has and establish its cloud contention with the aforementioned big three.

So far, the company's progress by the standard of adoption surveys is not overly positive. 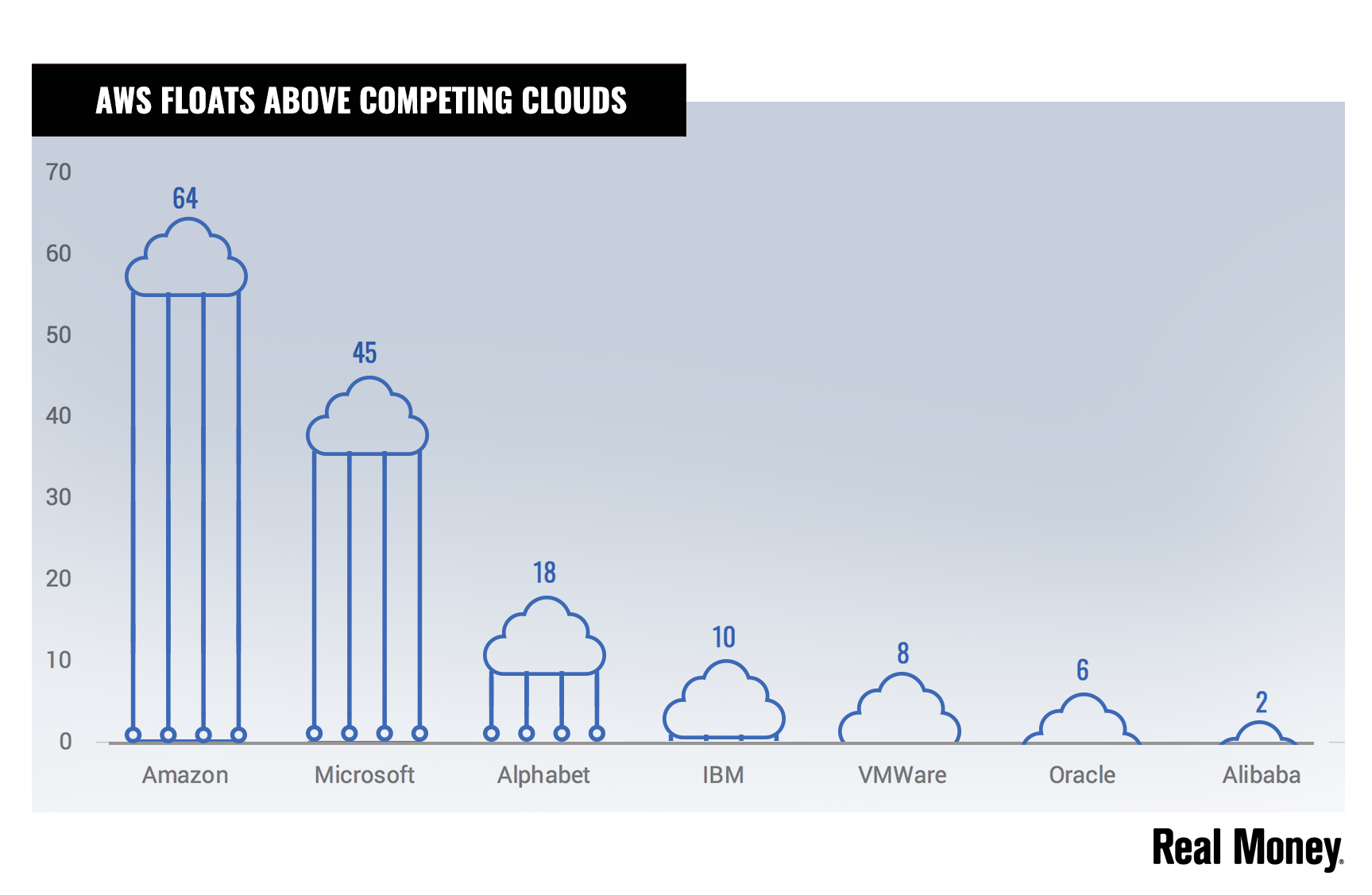 *Percentage of respondents utilizing each cloud platform in some fashion, RightScale

That trend is coupled with the recent departure of former product development head Thomas Kurian, who resigned and headed to Google amidst a reported break with Ellison over the availability of Oracle's software on more popular cloud infrastructure platforms

To be sure, the results so far are still better than the market's often pessimistic expectations for the company.

"The good news here for the patient investor is the overall applications and cloud ecosystems continue to ahead of their consensus market forecasts," Rosenblatt Securities director of research Marshall Senk wrote. "We believe this is a strong signal that customers are staying with Oracle for their core enterprise applications...the timing of when these apps may move toward the cloud remains uncertain."

The slower pace of cloud migration gives Oracle time to make up the difference, but given Bezos' penchant for beating down his challengers, any unneeded delay could be deadly.

Get an email alert each time I write an article for Real Money. Click the "+Follow" next to my byline to this article.
TAGS: Investing | Stocks | Software & Services | Technology | Analyst Actions | Stock of the Day