Umpleby said Caterpillar is seeing growth and margin expansion in all three of its divisions as demand picks up around the globe. He added that any infrastructure plan passed in the U.S. would certainly be a net-positive for the company.

When asked about the semiconductor shortage, Umpleby said Caterpillar made a decision to carry more component inventory at the onset of the pandemic, a move that has largely shielded them from disruptions so far. They are still able to meet rising demand across the globe.

The last time we looked at CAT's charts was on April 9 where we wrote that "Longs should consider raising stop protection to $212." Let's pull out the charts for another look.

In this updated daily bar chart of CAT, below, we see that prices traded sideways during April but appears to have broken to the downside on Thursday. Prices are testing the rising 50-day moving average line now. Notice that the line has been successfully tested since June and every dip to the line has turned out to be a buying opportunity. This time could be different.

The On-Balance-Volume (OBV) line shows a rising pattern until the end of February when the line turns flat telling us that buyers and sellers of CAT are in balance. The trend-following Moving Average Convergence Divergence (MACD) oscillator has been declining since early March and is now close to the zero line telling us that CAT lacks "trend strength".

In this weekly Japanese candlestick chart of CAT, below, we can see some upper shadows in recent weeks. This tells us that some traders have been rejecting the highs and that weakens the chart picture. The 40-week moving average line is positive and well below the market but it is a lagging indicator.

The OBV line has been "rolling over" in recent weeks telling us of a shift from aggressive buying to aggressive selling. The weekly MACD oscillator has narrowed and we could see it soon cross to the downside for a take profit sell signal.

In this daily Point and Figure chart of CAT, below, we can see a nearby downside price target in the $214 area. 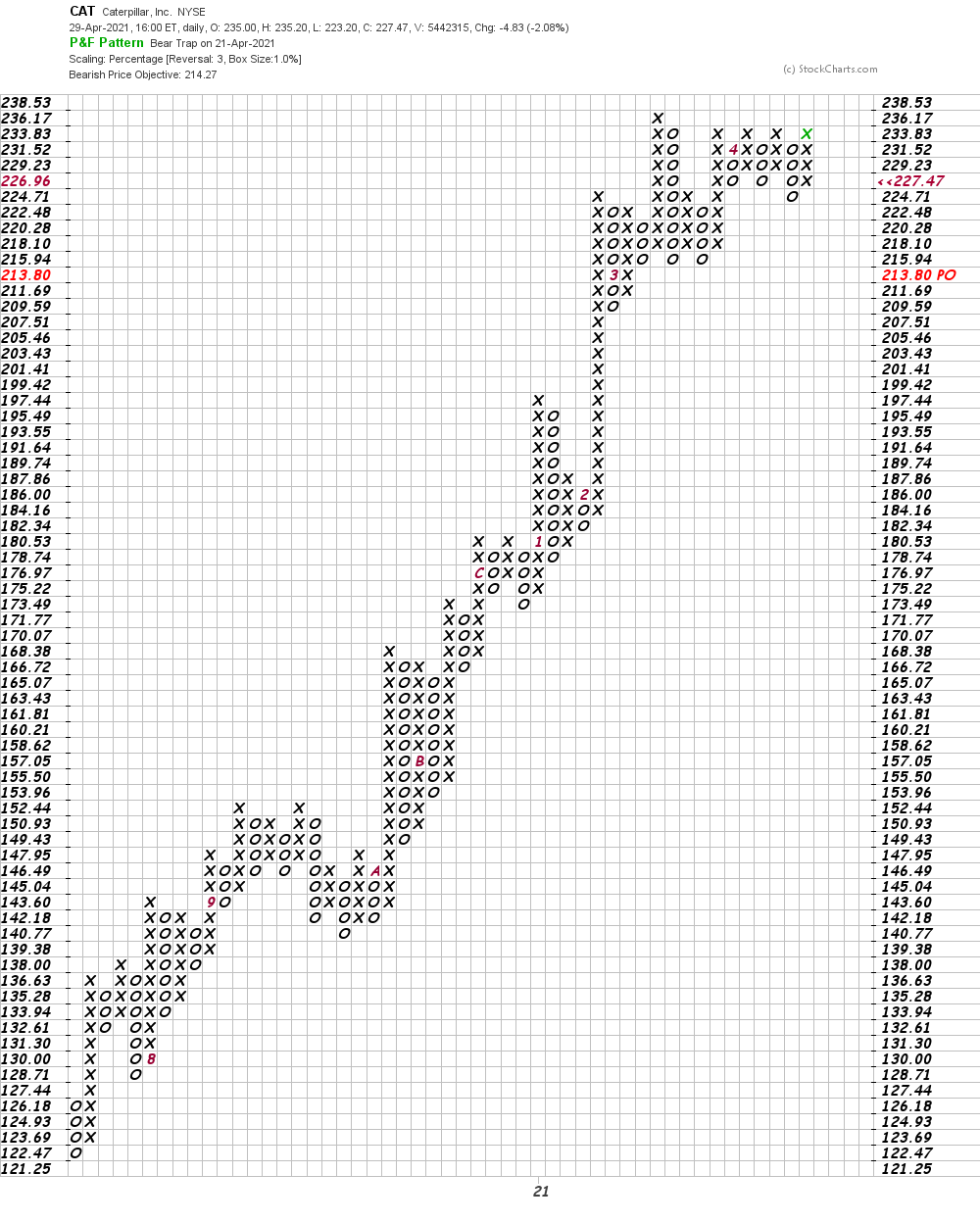 In this second Point and Figure chart of CAT, below, we tortured the numbers to give us a bullish price target. Here we used weekly high/low price data with a five box reversal pattern. Here the software has generated a potential upside price target in the $288 area or around triple the March 2020 low. 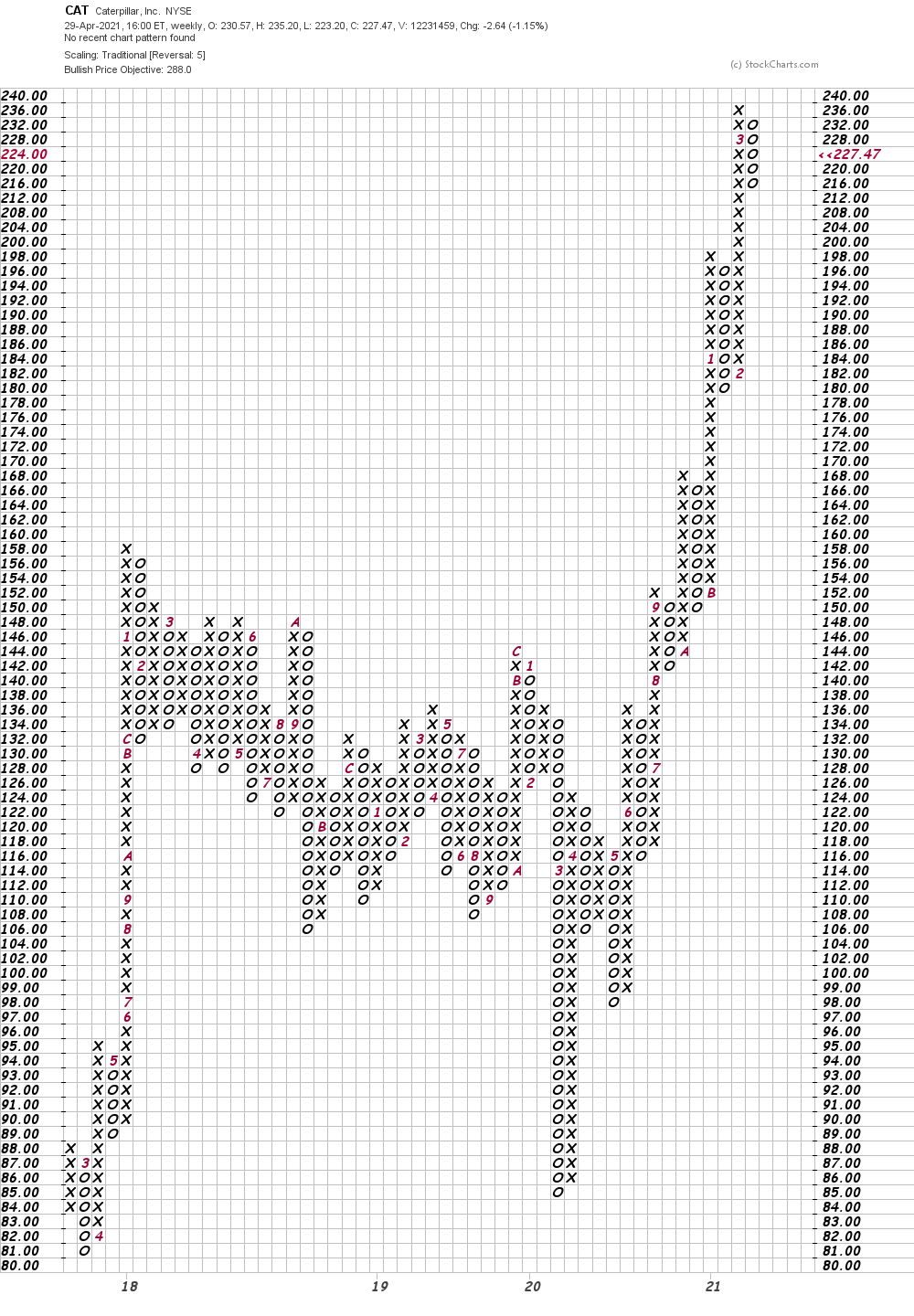 Bottom line strategy: The charts and indicators of CAT show some minor weakness. Earlier this month we suggested raising sell stops to $212 and we would continue that strategy. Longer-term we could see CAT rally to the $270-$300 area but it is the short-run that we are concerned about right now.

Get an email alert each time I write an article for Real Money. Click the "+Follow" next to my byline to this article.
TAGS: Investing | Stocks | Technical Analysis | Trading | Construction & Engineering | Metals & Mining | Mad Money | Executive Interview