During the Lightning Round Tuesday night as part of the popular Mad Money program, Jim Cramer said: "I like Columbia Sportswear (COLM) a little more, but Goose (GOOS) is a winner." Let's take a look at GOOS and see if this stock is ready to fly higher.

In this daily bar chart of GOOS, below, we see the makings of a technical rally. Prices tested the rising 200-day moving average line last month and with the recent rally above the flat 50-day average line it looks like the October decline was a buying opportunity. There looks like just a little chart resistance above the market in the $65-$68+ area as prices were only in that area for a few days. The daily On-Balance-Volume (OBV) line has been neutral since July but it won't take much volume to push it to a new high. The trend-following Moving Average Convergence Divergence (MACD) oscillator crossed to the upside for a cover shorts buy signal. Crossing the zero line and an outright go long signal could come soon.

In this weekly bar chart of GOOS, below, we do not have a lot of price history to work with but the indicators are turning up. Prices touched/tested the rising 40-week moving average line last month. The weekly OBV line rose into July and has only made a minor decline suggesting that most longs have stayed with their positions the past few months. The weekly MACD oscillator has begun to narrow towards a possible new outright go long signal.

In this Point and Figure chart of GOOS, below, we can see an upside price target of around $84. $68.77 is a breakout. 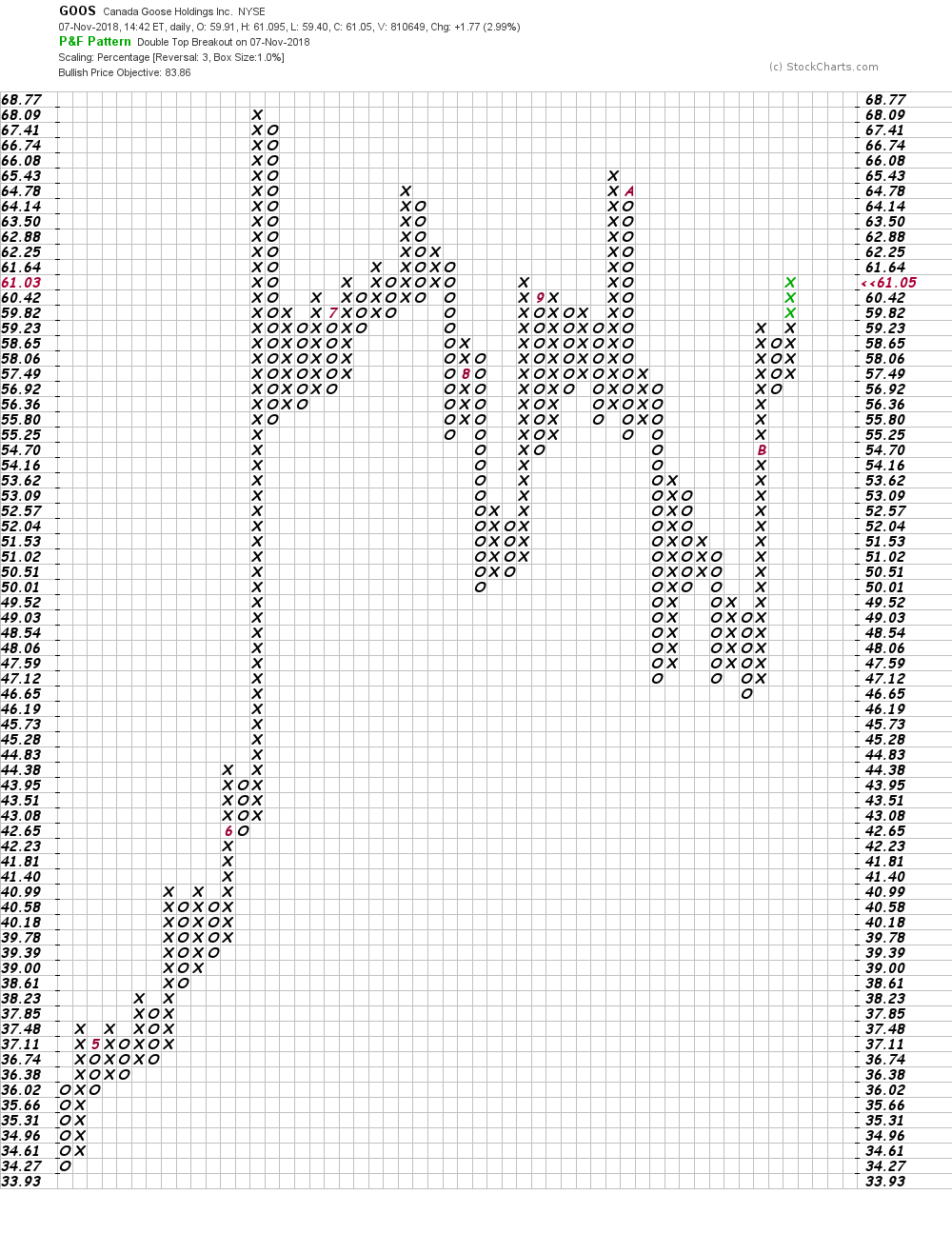 Bottom line strategy: winter is coming and it looks like new highs for GOOS could be coming too. Traders who can risk below $54 could go long here. Add above $69 looking for the mid-$80's.