Broadcom Inc. (AVGO) is the Stock of the Day here at Real Money. AVGO is up big Friday morning after a profit beat in its fiscal first-quarter results. Revenues grew 8.7%, year over year, and 6.3%, quarter over quarter, but narrowly missed expectations. Gross margins widened to 55.4% from a year-ago 49.3%, according to reports.

How do the charts look early Friday? Let's check.

In the daily bar chart of AVGO, below, we can see some interesting technical developments. Prices sold off sharply back in July including a sharp gap to the downside. Prices bounced in late July and retested the July low in August and then a rally got underway taking AVGO to new highs in February of this year.

The volume histogram shows that the volume of trading has decline from December but the daily On-Balance-Volume (OBV) line shows a rise from June to February where it then turns flat. It looks like traders decided to take a wait and see stance ahead of the latest earnings report.

The Moving Average Convergence Divergence (MACD) oscillator has been in a take profits mode from late February and was close to crossing below the zero line for an outright sell signal.

In the weekly bar chart of AVGO, below, we see a mixed picture. Prices show a large potential double top with the highs of 2017. Prices are above the 40-week moving average line but the line looks like it is "rolling over." Trading volume was heavy into the 2018 low around $200 but is has diminished into March -- this is not the pattern of activity that bulls want to see.

The weekly OBV line has been erratic the past eleven months and I am not sure what to make of it. The weekly MACD oscillator is above the zero line but it has been narrowing in recent weeks.

In the weekly Point and Figure chart of AVGO, below, we can see a potential longer-term price target or projection of $344. 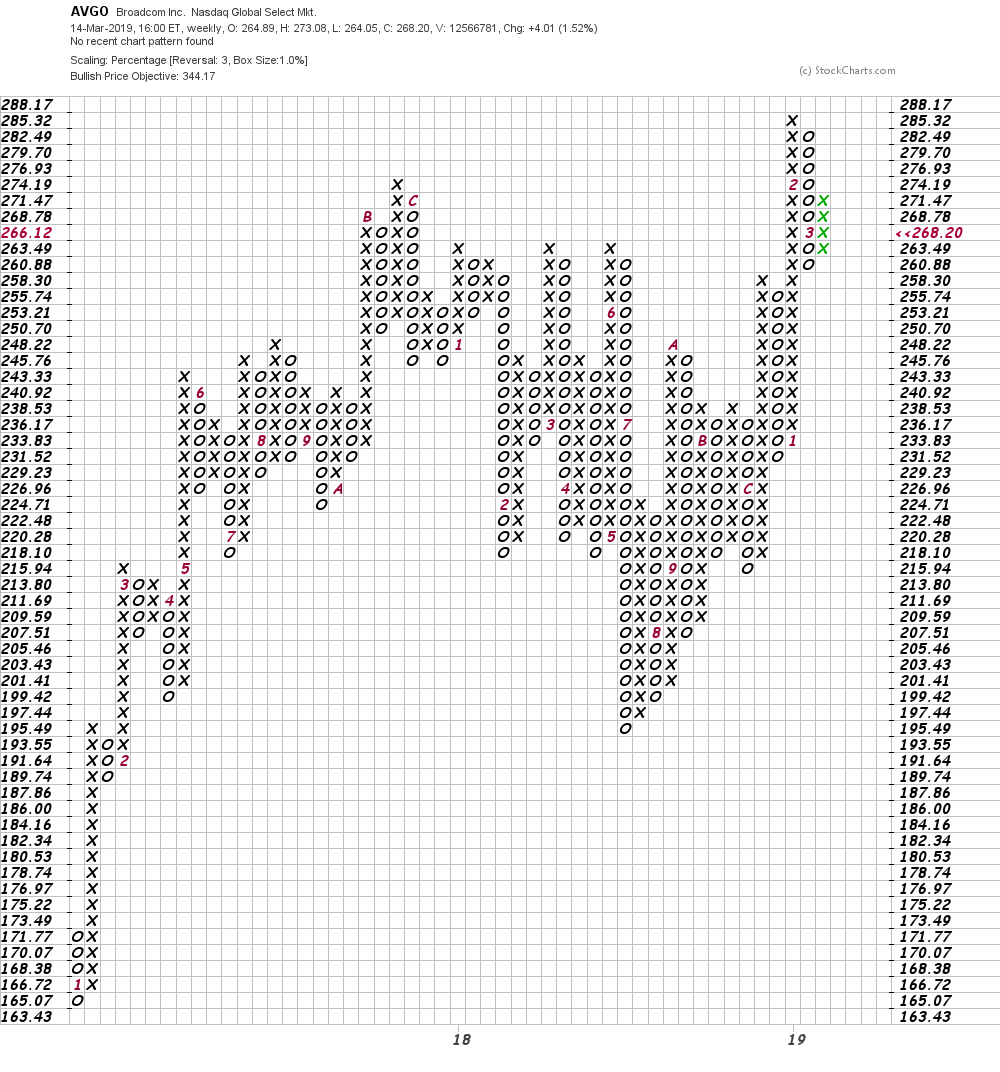 In the daily Point and Figure chart, below, created before the strength this morning the chart is showing a downside price target of $240. 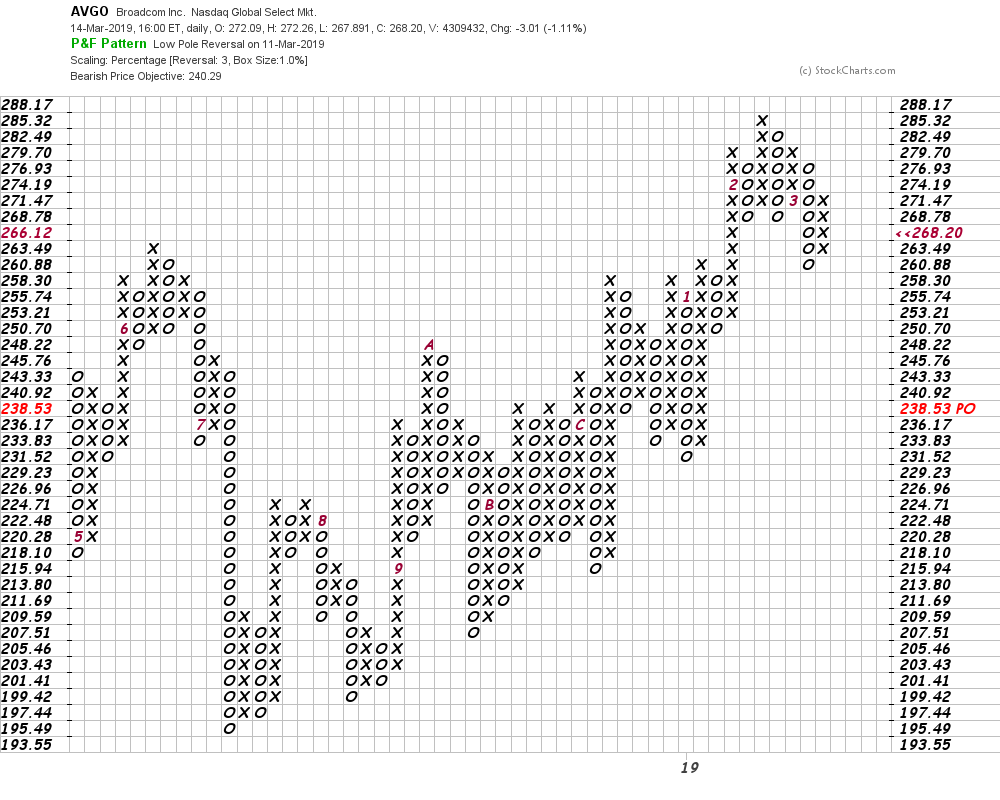 Bottom-line strategy: Will AVGO breakout to new highs or is there a chance we are looking at a longer-term top formation? Too soon to tell but the path is not clear. This could be one of those days where prices start out strong but they fade by the afternoon.

Get an email alert each time I write an article for Real Money. Click the "+Follow" next to my byline to this article.
TAGS: Investing | Technical Analysis | Software & Services | Technology | Transportation | Stock of the Day