Tan said Broadcom's acquisition of VMware (VMW) will be a huge win for the company, as VMware perfectly aligns with their strategy of providing companies with all of their core technologies, including hardware and software.

With Broadcom's products, companies can build, test and deploy their applications anywhere, whether it's on premise, in a private cloud or the public cloud, Tan said.

Broadcom also remains committed to its shareholders, and the company's dividend and buyback are proof that they value a long-term shareholder base.

Let's check out the charts of AVGO to see how some shareholders see the stock.

In this daily bar chart of AVGO, below, we can see some mixed price action. Prices were in a longer-term uptrend the past year and bounced off the rising 200-day moving average line until May when prices broke below this math-driven indicator. Trading volume has been more active since December but prices have traded sideways in a large triangle-looking pattern.

The On-Balance-Volume (OBV) line moved sideways from December but weakened in May. The Moving Average Convergence Divergence (MACD) oscillator is still below the zero line despite the price improvement since late May.

In this weekly Japanese candlestick chart of AVGO, below, we can see a mixed picture. Prices made an impressive rally from early 2020 but the trend turned sideways in late 2021. If we ignore the movement of the 40-week moving average line which has given you good buy signals, the picture turns "iffy". Prices are stalled.

The weekly OBV line has been going sideways the past three months but the MACD oscillator has lost ground all year and is now just slightly above the zero line.

In this daily Point and Figure chart of AVGO, below, we can see a potential upside price target in the $737 area. A trade at $613.87 is needed to refresh the uptrend and get a medium term uptrend. 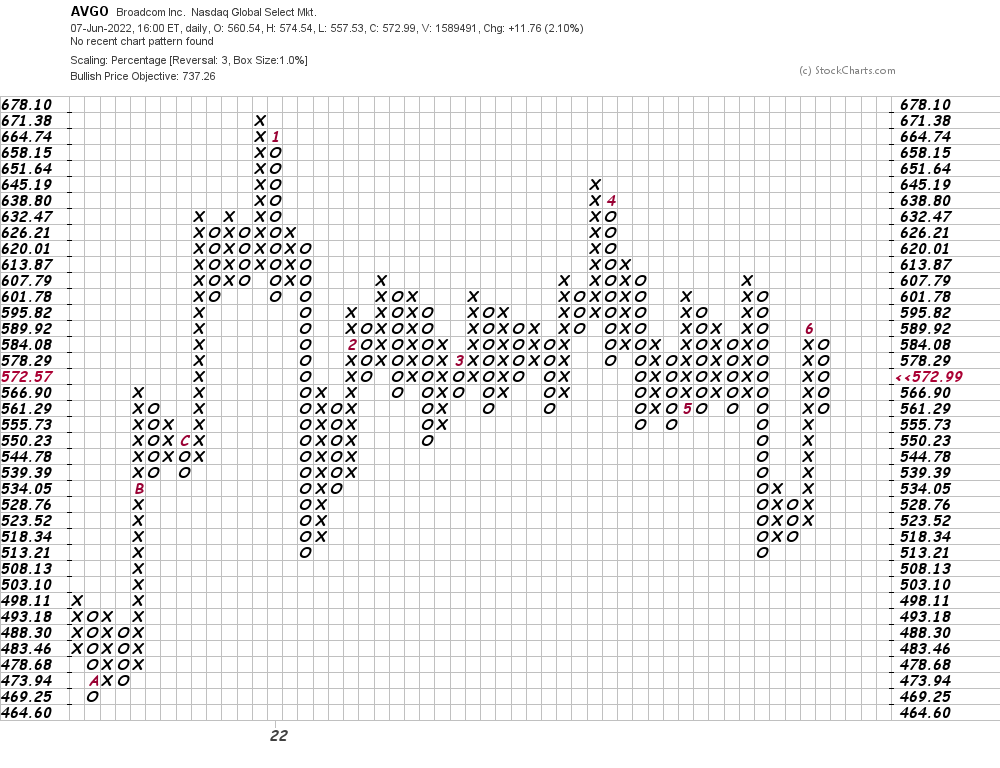 In this weekly Point and Figure chart of AVGO, below, we can see a downside price target in the $493 area. 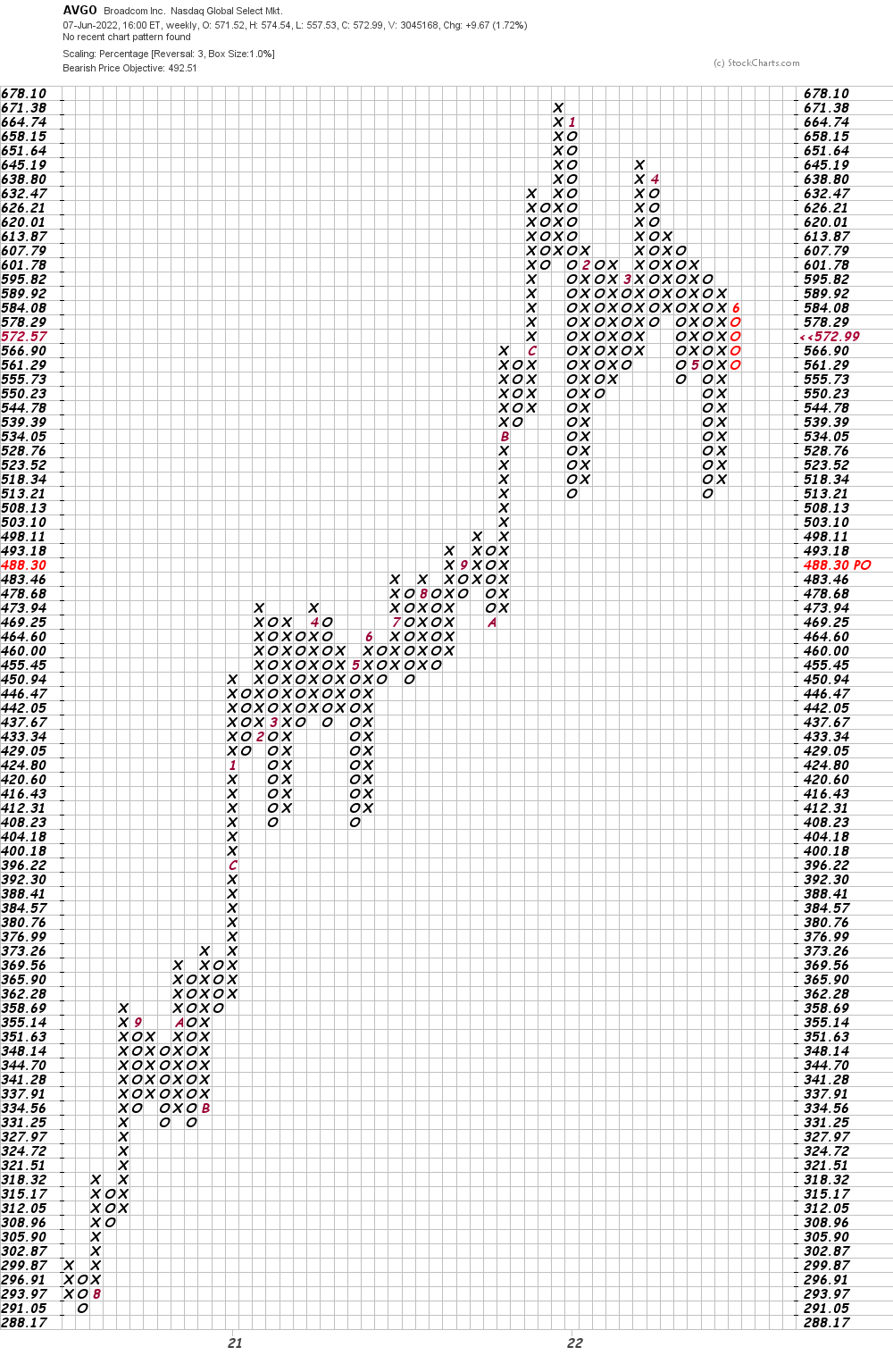 Bottom line strategy: Overall the charts of AVGO are mixed. We could trade higher with strength in the broad market but the strength may not be long sustained. Only nimble traders should apply for now.

Get an email alert each time I write an article for Real Money. Click the "+Follow" next to my byline to this article.
TAGS: Investing | Stocks | Technical Analysis | Trading | Semiconductors & Semiconductor Equipment | Mad Money | Executive Interview

Graphite is an essential component of electric vehicle batteries and these two micro-cap stocks are maneuvering to satisfy demand for it.