Levie said that Box is executing the plan they laid out years ago, which includes expanding gross margins and accelerating their growth rate.

Starwood currently has an 8% stake in Box and is asking for additional seats on the company's board of directors, but Levie said Box has already added seven new members in recent years and he does not see the need for additional changes.

Levie cited the recent endorsement of KKR (KKR)  as validation of his company's current plans and trajectory. He said when compared to their SaaS peers, Box is executing at the level they should be.

Let's check out the charts and indicators of BOX.

In this daily bar chart of BOX, below, we can see that prices made a base pattern in the $18-$16 area from July to February. Prices subsequently started a rally into March. A correction followed into early May before renewed gains. Prices are knocking on new highs. The slope of the 50-day moving average line is positive along with the slope of the 200-day line.

The On-Balance-Volume (OBV) line shows a general rise the past 12 months which helps to confirm the price gains this year. The Moving Average Convergence Divergence (MACD) oscillator is above the zero line but it has crossed to the downside for a take profit sell signal.

In this weekly bar chart of BOX, below, we went back four years to check out the highs of 2018. Notice the large saucer pattern going back three years. Prices are trading above the rising 40-week moving average line.

The weekly OBV line has been steady/choppy the past year but it is not far from making a new high. The weekly MACD oscillator is in a bullish alignment.

In this daily Point and Figure chart of BOX, below, we can see a projected upside price target in the $27 area. This would be a new high on the chart and a bullish development. 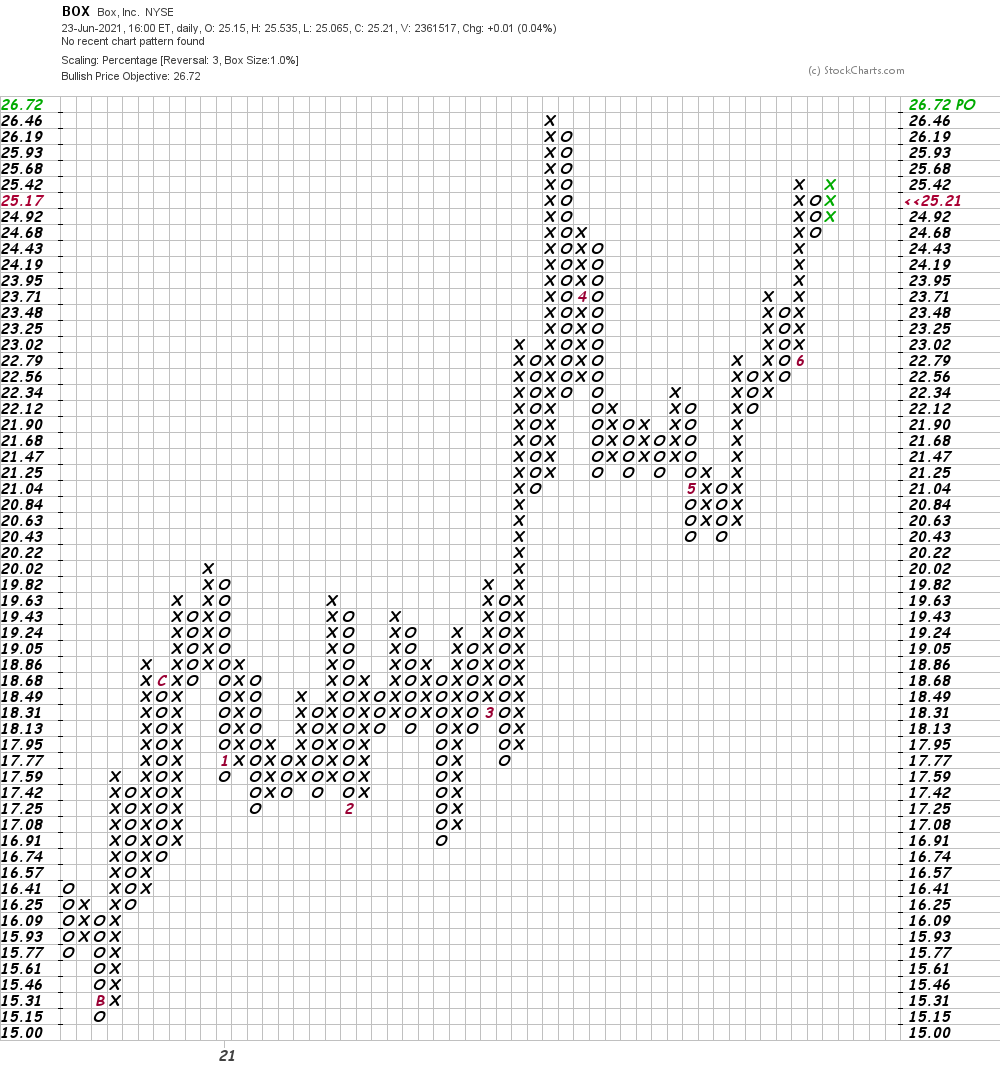 In this weekly Point and Figure chart of BOX, below, we can see that a trade at $30 will be an important breakout and open the way to projected gains around $44. 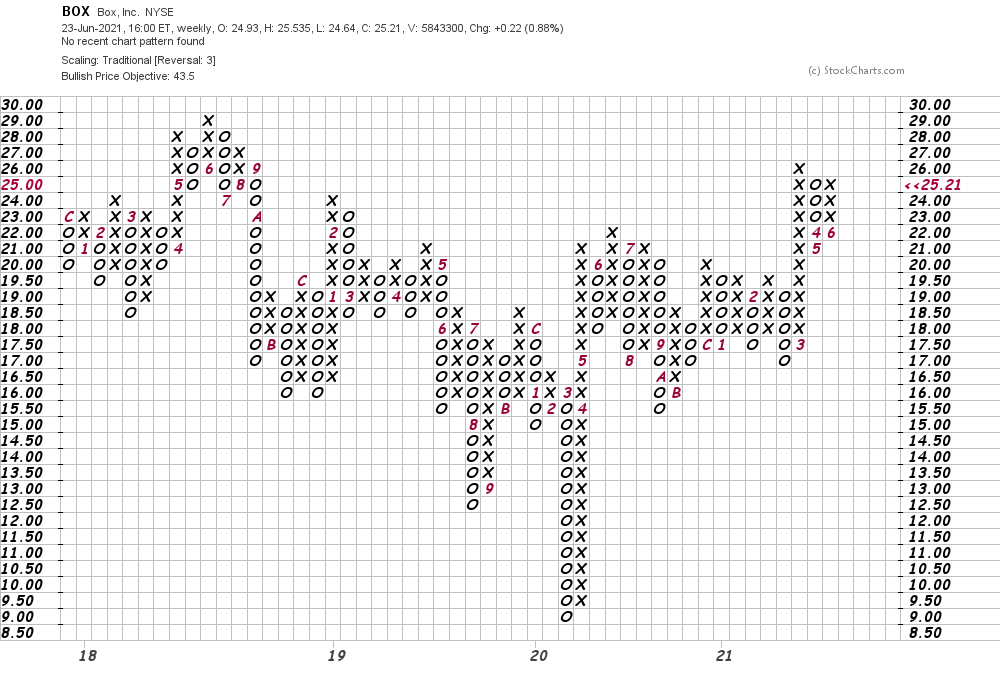 Bottom line strategy: BOX is ready to break out of a large saucer bottom pattern. The weekly Point and Figure charts suggest a target of $44. Traders could go long BOX at current levels or on strength above $30 - or both. Risk to $22.50 for now but look to raise stops when BOX breaks out.

Get an email alert each time I write an article for Real Money. Click the "+Follow" next to my byline to this article.
TAGS: Investing | Stocks | Technical Analysis | Trading | Commercial & Professional Services | Software & Services | Mad Money | Executive Interview