Bienaime said things are progressing very well for its treatment for Hemophilia A, Roctavian. He said the Phase 3 trials continue and is the largest study of Hemophilia A patients ever conducted. There are approximately 150,000 patients worldwide.

BioMarin is also diversifying into other areas. Bienaime said it just introduced a new growth treatment for children with a rare condition called achondroplasia (a hereditary condition in which the growth of long bones by ossification of cartilage is retarded). BioMarin is the only approved treatment for this condition, which represents a $3 billion market opportunity. The treatment will cost $250,000 per year.

In our last review of BMRN way, way back on November 15, 2019, we wrote that "Use sideways price action in BMRN to build a long position." After a lengthy sideways range it looks like BMRN is ready to move to the upside.

In this daily bar chart of BMRN, below, we can see a bear trap in late October. Prices declined to a new low for the move down but were quickly rejected and rapidly turned higher on increased volume. Trading volume has remained more active as prices have rallied. BMRN is trading above both the rising 50-day and the bullish 200-day moving averages. We can see a bullish golden cross buy signal in late November when the 50-day line crossed above the 200-day line.

The On-Balance-Volume (OBV) line actually shows a rise from March and tells me that traders have been more aggressive buyers for several months now. The Moving Average Convergence Divergence (MACD) oscillator moved above the zero line in early November for an outright buy signal.

In this weekly Japanese candlestick chart of BMRN, below, we can see a large bullish engulfing pattern in October to mark the bottom reversal of BMRN. Prices are above the rising 40-week moving average line. The weekly OBV line shows improvement from October. The MACD oscillator is in a bullish alignment above the zero line.

In this daily Point and Figure chart of BMRN, below, we used close only price data. Here the chart suggests a rally to the $107 area. 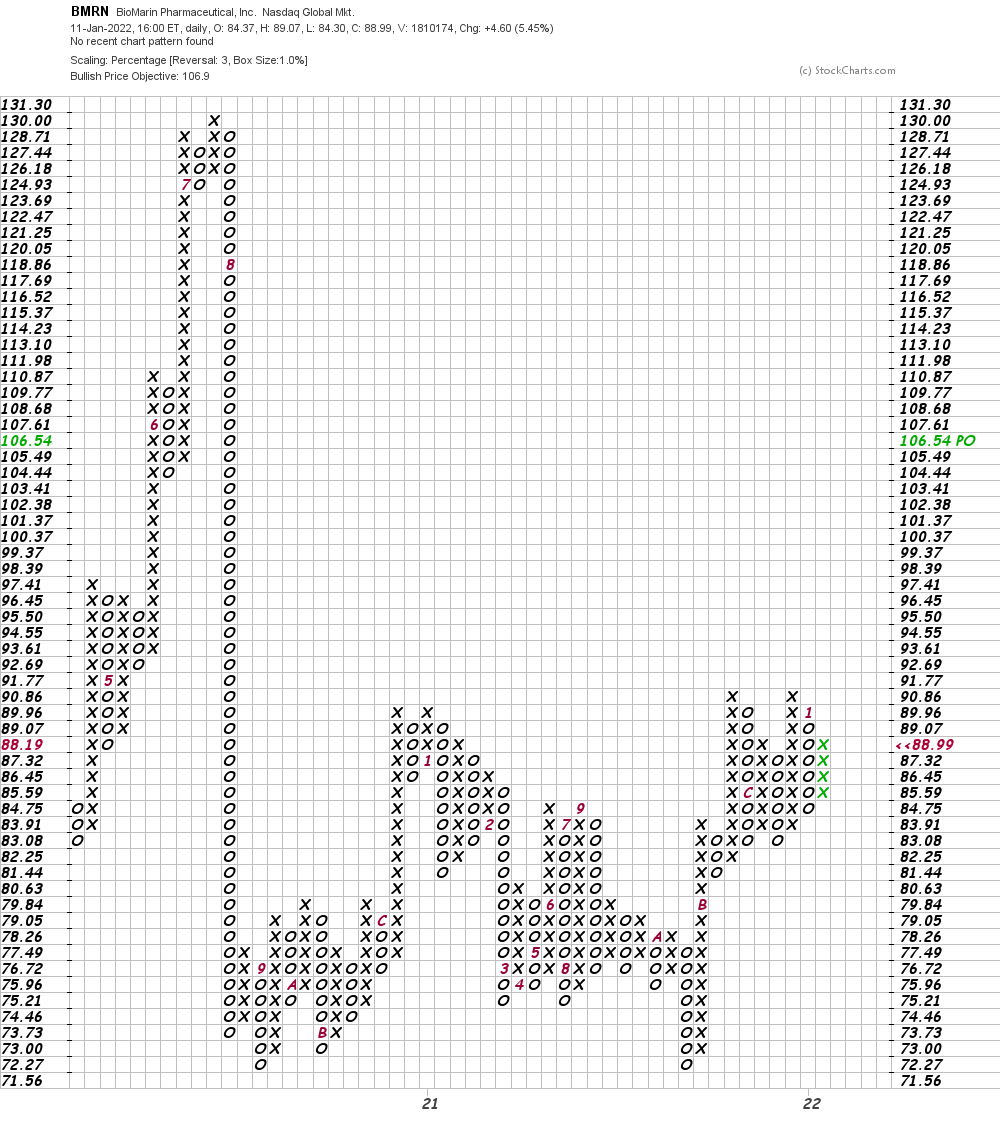 In this weekly close only Point and Figure chart of BMRN, below, we used a five box reversal filter. Here the software suggests a $156 price target. 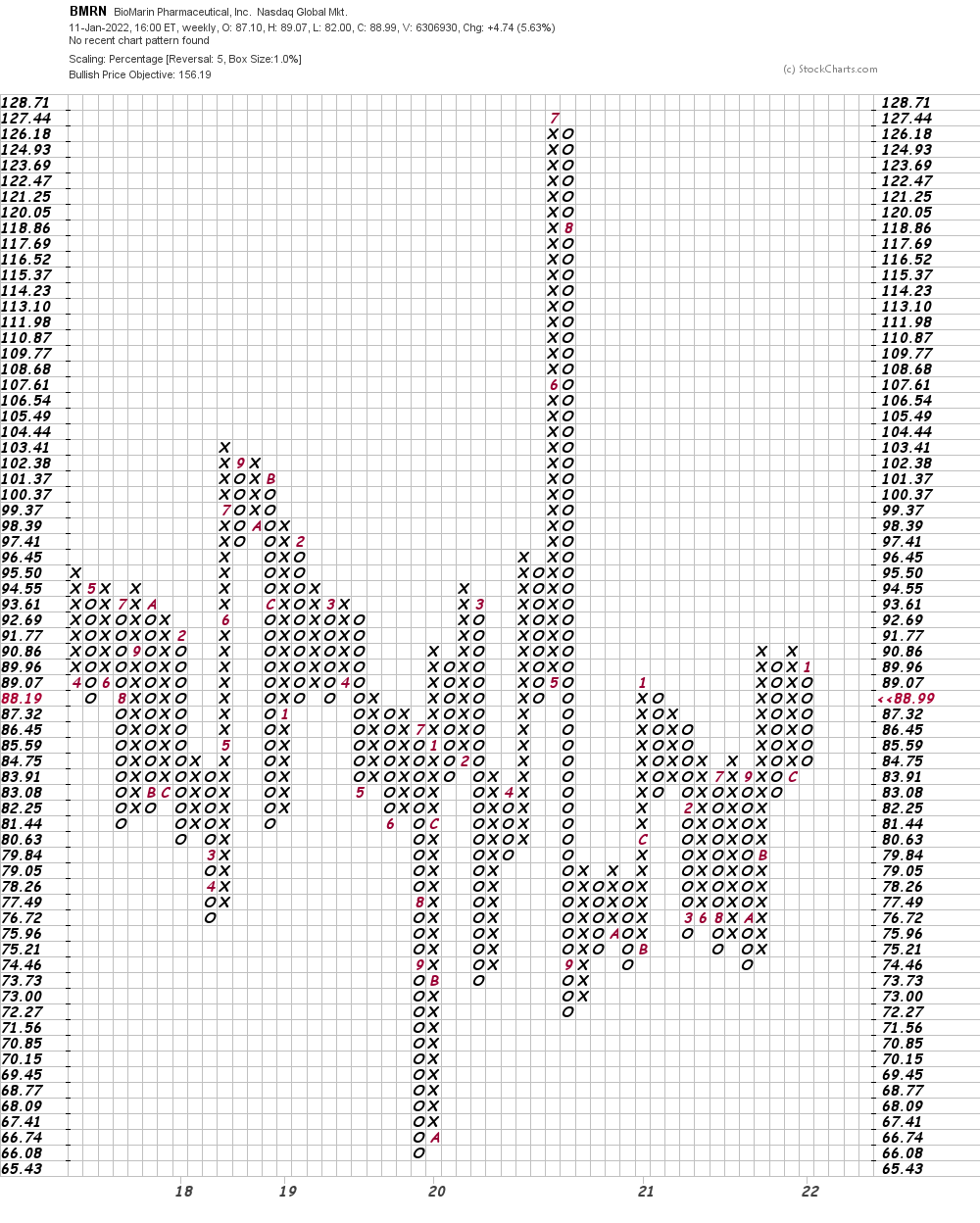 Bottom line strategy: Aggressive traders could go long BMRN on strength above $92. $107 is our first target and $156 our second price target. Risk to $81.