When both the bulls and the bears agree that a stock is overvalued, that's the time to run, Jim Cramer told viewers on Mad Money. That scenario is playing out with Beyond Meat (BYND) , a stock that peaked at $222 a share, but now trades for half that amount. Cramer explained that shares of Beyond Meat never should have traded that high in the first place. Fortunately, we've seen this pattern before.

Beyond Meat is not the first company to come public with a rapid growth rate, lots of hype and too few shares to meet demand. Back in 2014, GoPro (GPRO) did the same, debuting at $24, rising to highs near $90, only to plunge into the single digits a year later. Cramer said the problem with so-called "sliver deals" is that there aren't enough shares to go around, which means short sellers must pay up to borrow the shares they want to sell. Once the company's lockup period expires, or in GoPro's case, the company issues more shares, demand can be met and prices plunge.

Next week, the lockup period expires for Beyond Meat, Cramer warned, and 48 million shares, 80% of the total share count, will be eligible to be sold. When that happens, Cramer said, look out below.

The daily On-Balance-Volume (OBV) line shows a peak in late July followed by a decline. A declining OBV line only happens when there is more volume transacted on days when a stock closes lower. This is a sign of aggressive selling and tends to confirm downtrends.

The 12-day price momentum indicator in the lower panel does not yet show a bullish divergence and the pace of the decline has not slowed.

In this Point and Figure chart of BYND, below, we can see a potential downside price target of $95 being projected. 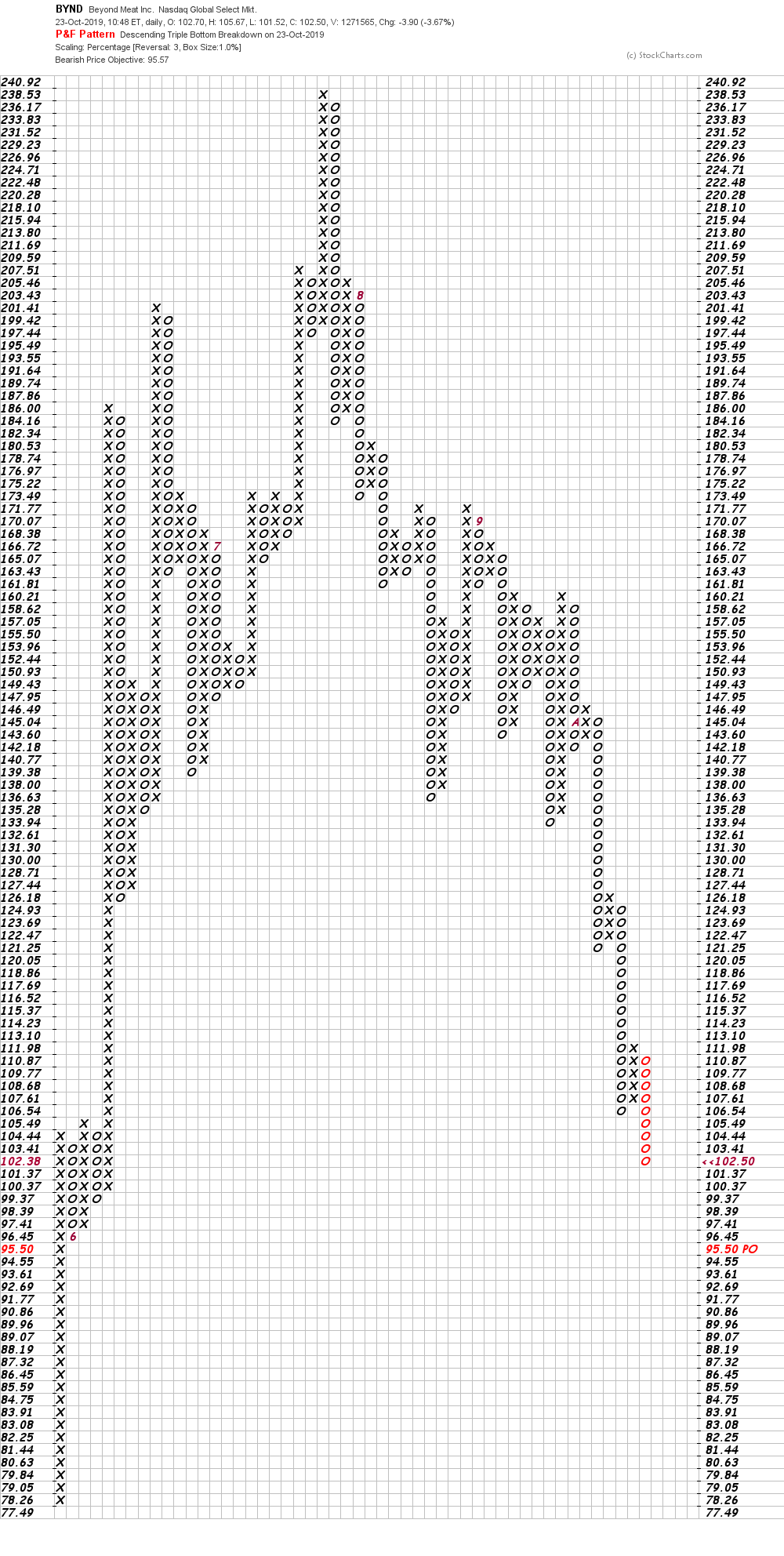 Bottom line strategy: Hope is not an investment strategy and I would not hope that BYND has seen the end of its decline. Continue to avoid the long side of BYND but do consider adding more plant based meals to your diet.

Get an email alert each time I write an article for Real Money. Click the "+Follow" next to my byline to this article.
TAGS: Short-selling | Investing | Stocks | Technical Analysis | Trading | Food & Drink | Mad Money