Way too many market observers have been parsing every word of Warren Buffett, chairman and CEO of Berkshire Hathaway  (BRK.A)   (BRK.B) , who said he sold his entire position in the airlines. People assumed he would have been a shrewd buyer at the lows in March but it turns out he kept his powder dry.

Buffett has also generally been bullish over the long-term, Jim Cramer noted on Mad Money Monday night, but even the Oracle of Omaha felt the outlook for travel has become too murky.
Instead of joining the crowd and looking at the charts of the airlines, let's look at the charts of Berkshire Hathaway.
In this daily bar chart of BRK.B, below, we can see that prices sold off sharply from February into March. By late March we could see a bearish death cross with the 50-day moving average and the 200-day moving average line.
The trading volume swelled dramatically in March as some traders probably needed to raise money. Prices bounced into early April but have slipped lower since that temporary high.
The daily On-Balance-Volume (OBV) line has turned lower telling us that sellers of BRK.B are more aggressive and the Moving Average Convergence Divergence (MACD) oscillator has rolled over at the underside of the zero line for another sell signal.

In this weekly bar chart of BRK.B, below, we can see an overall bearish picture. Prices are turning down again well below the declining 40-week moving average line.
The weekly OBV line has fallen to a new low for the move down from January. The MACD oscillator is well below the zero line in sell territory and not narrowing much.

In this first Point and Figure chart of BRK.B, below, we used daily price data and can see that prices have reached a projected downside price target in the $177 area. 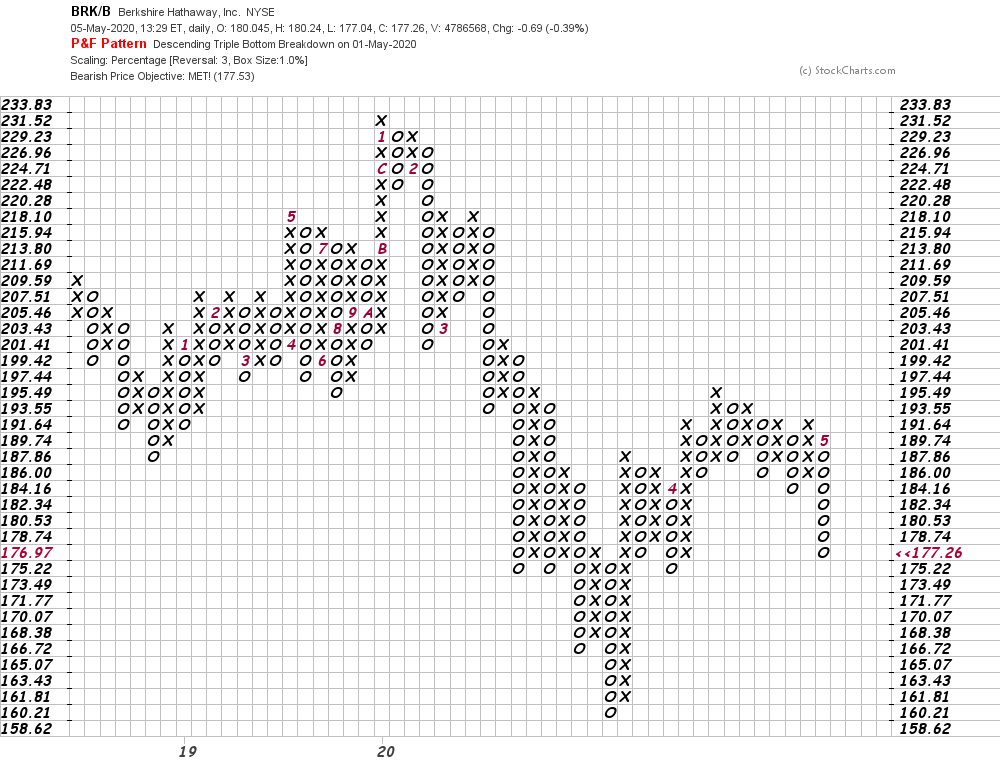 In this second Point and Figure chart of BRK.B, below we used weekly close only price data. Here the software is projecting a potential downside price target in the $110 area.
For this kind of price target to be considered there would need to be further damage in some of Berkshire's other business lines. Is that why Warren is sitting on a lot of cash? 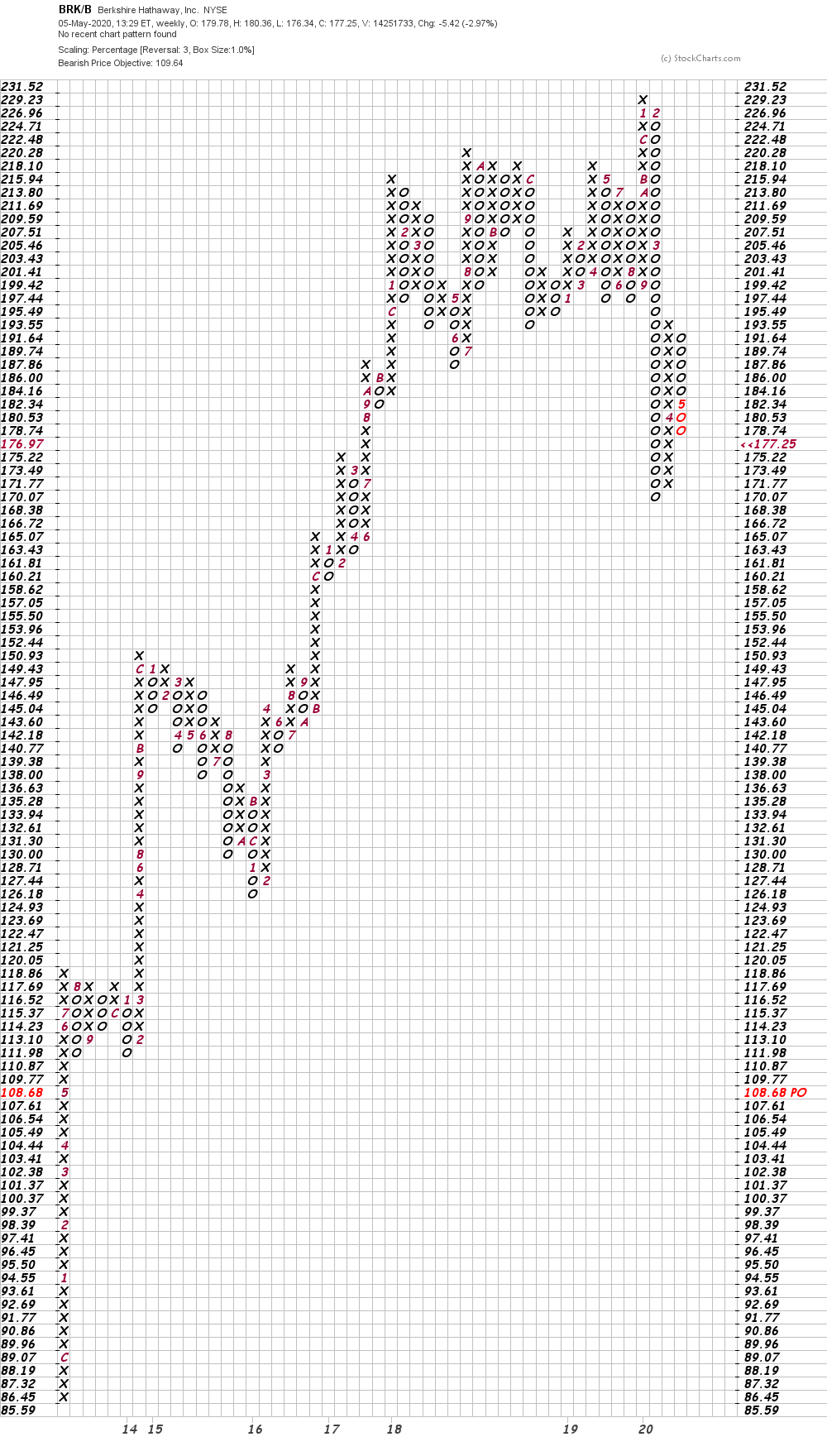 Bottom line strategy: Maybe what Warren has not said is more important than what he has said. I am in no rush to approach the long side of BRK.B.
Get an email alert each time I write an article for Real Money. Click the "+Follow" next to my byline to this article.
TAGS: Economy | Investing | Markets | Stocks | Technical Analysis | Trading | Airlines | Conglomerates | Mad Money | Warren Buffett