Berkshire Hathaway (BRK.B) was mentioned on Mad Money Wednesday night. "I'm a buyer of Berkshire," said Jim Cramer, responding to a caller during the 'Lightning Round' segment of his program.

In this daily bar chart of BRK.B, below, we can see that prices made a number of lows from last February into August.  A higher low was made in early October and then BRK.B took off on the upside.
The trading volume has been steady but the On-Balance-Volume (OBV) line made its low in late May and has been in an uptrend since.
The 50-day moving average line and the 200-day moving average line both show positive slopes.
The Moving Average Convergence Divergence (MACD) oscillator has been in a corrective mode since the middle of November but now looks poised to turn upwards in a fresh go long signal.

In this weekly bar chart of BRK.B, below, we can see the price movement of the past three years. Prices have broken out on the upside from a long consolidation pattern but the breakout did not show much in the way of volume expansion and price extension. The stock is above the rising 40-week moving average line.
The weekly OBV line has been constructive the past three years and the MACD oscillator is still above the zero line but potentially very close to a bearish crossover. It will depend on the price action in the weeks ahead.

In this first Point and Figure chart of BRK.B, below, we used daily price data with the increment being a percentage move. There is no fresh upside breakout on this basis but the chart does show a price target of $293. 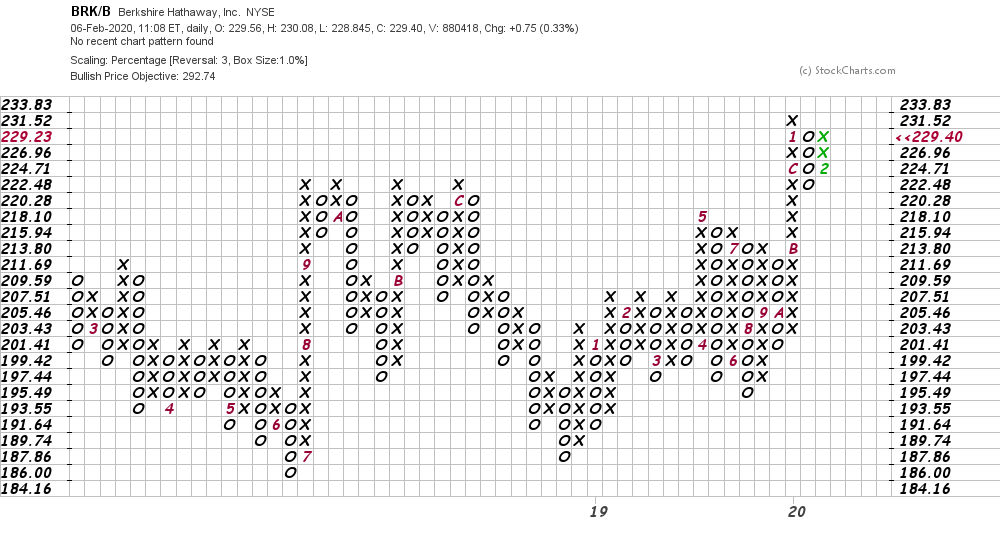 In this second Point and Figure chart of BRK.B, below, we used a traditional method of plotting the data - fixed dollar increments. Here we can see a fresh new high at $288 and a similar price target. 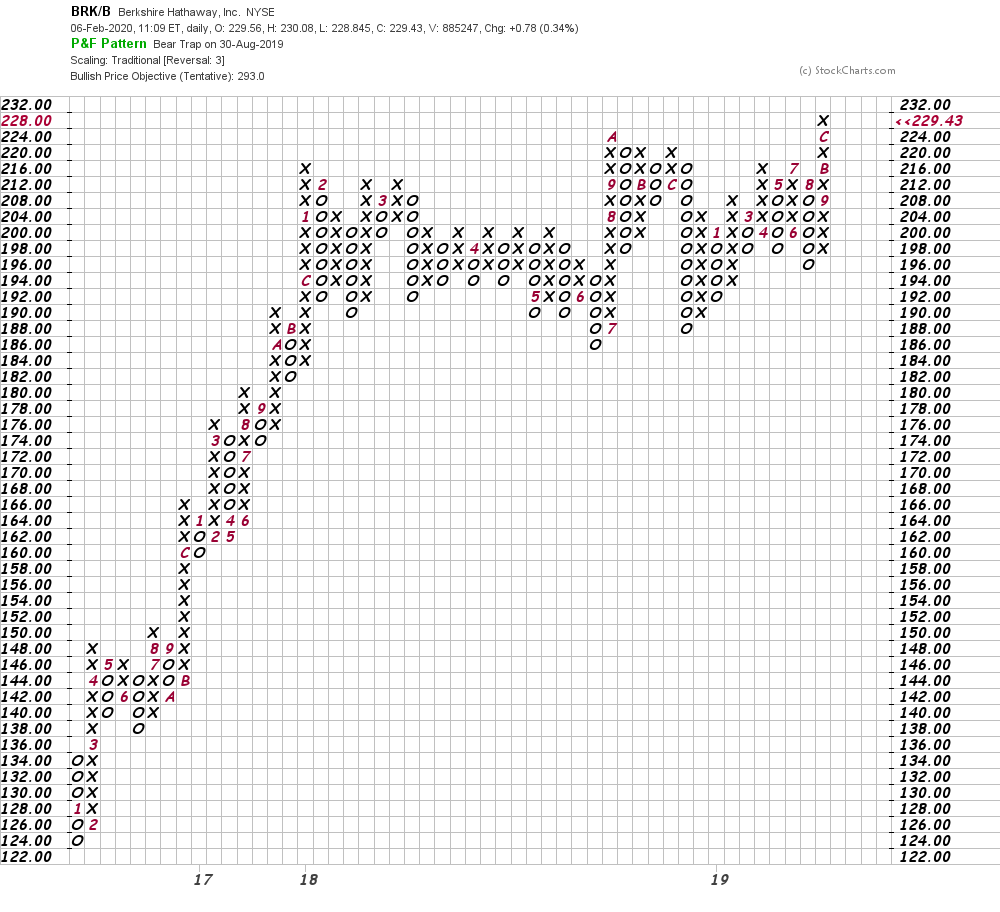 Bottom line strategy: It is good to see that Mr. Buffett is not being left behind in this broad market rally. If you can afford to risk to $220 then go long BRK.B. The $293-$300 area is the price target by mid-year.
Get an email alert each time I write an article for Real Money. Click the "+Follow" next to my byline to this article.
TAGS: Investing | Markets | Stocks | Technical Analysis | Trading | Conglomerates | Warren Buffett