For his "Executive Decision" segment on Mad Money Wednesday night, Jim Cramer sat down with Joe Papa, chairman and CEO of Bausch Health Cos. (BHC) , which just posted a three-cents-a-share earnings miss but with a 1% rise in revenues.

Bausch previously forecast that 2019 will be the year that company pivots to offense, and Papa said they continue to work toward that goal. While the quarter did include a small earnings miss, it still represents the company's sixth quarter of consecutive growth. Papa said he's very excited about Bausch's eye care segment, as Bausch & Lomb remains a strong brand with intense customer loyalty. He was not worried about up-and-coming subscription-only eye care competition. Papa also called out Bausch's increase in research and development spending, noting that his company has released nine new products over the past 18 months, and now has no significant debt coming due until 2023.

We have not looked at the charts and indicators of BHC since the middle of February so let's do a good review.

In this daily bar chart of BHC, below, we can see a 12-month sideways trading range. On the face of it, it looks fairly neutral so let's check closer. Prices have crossed above and below the sideways 50-day moving average line many times in the past year.

The On-Balance-Volume (OBV) line have been in a decline from early February and that tells us the sellers of the stock have been more aggressive for months.

The Moving Average Convergence Divergence (MACD) oscillator has been hugging the zero line for months which tells us that there is no strength in the current trend.

In this weekly bar chart of BHC, below, we can see that prices are below the flat 40-week moving average line. The weekly OBV line is also flat along with the MACD oscillator. Nothing positive looking here.

In this first daily Point and Figure chart of BHC, below, we can see a potential downside price target of $20.64 which puts it in a position to test the June low (look for the "6" on the chart). 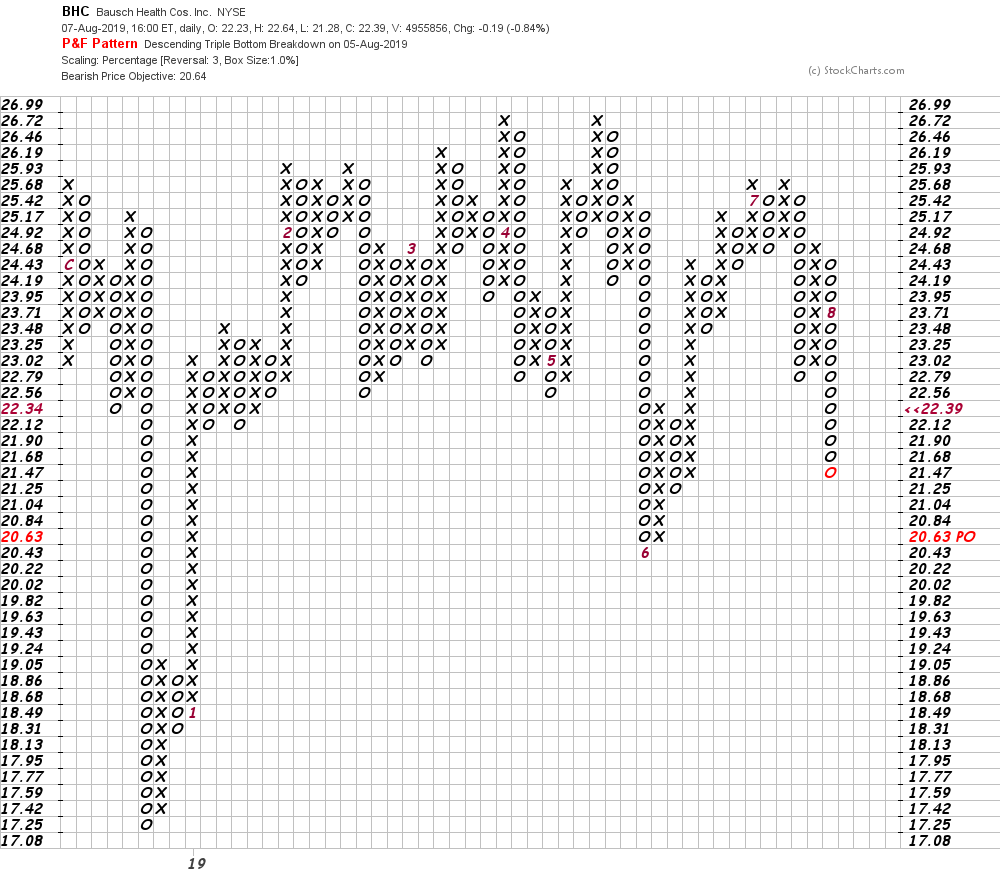 In this weekly Point and Figure chart of BHC, below, we can see a possible longer-term downside price target in the $15-$14 area. 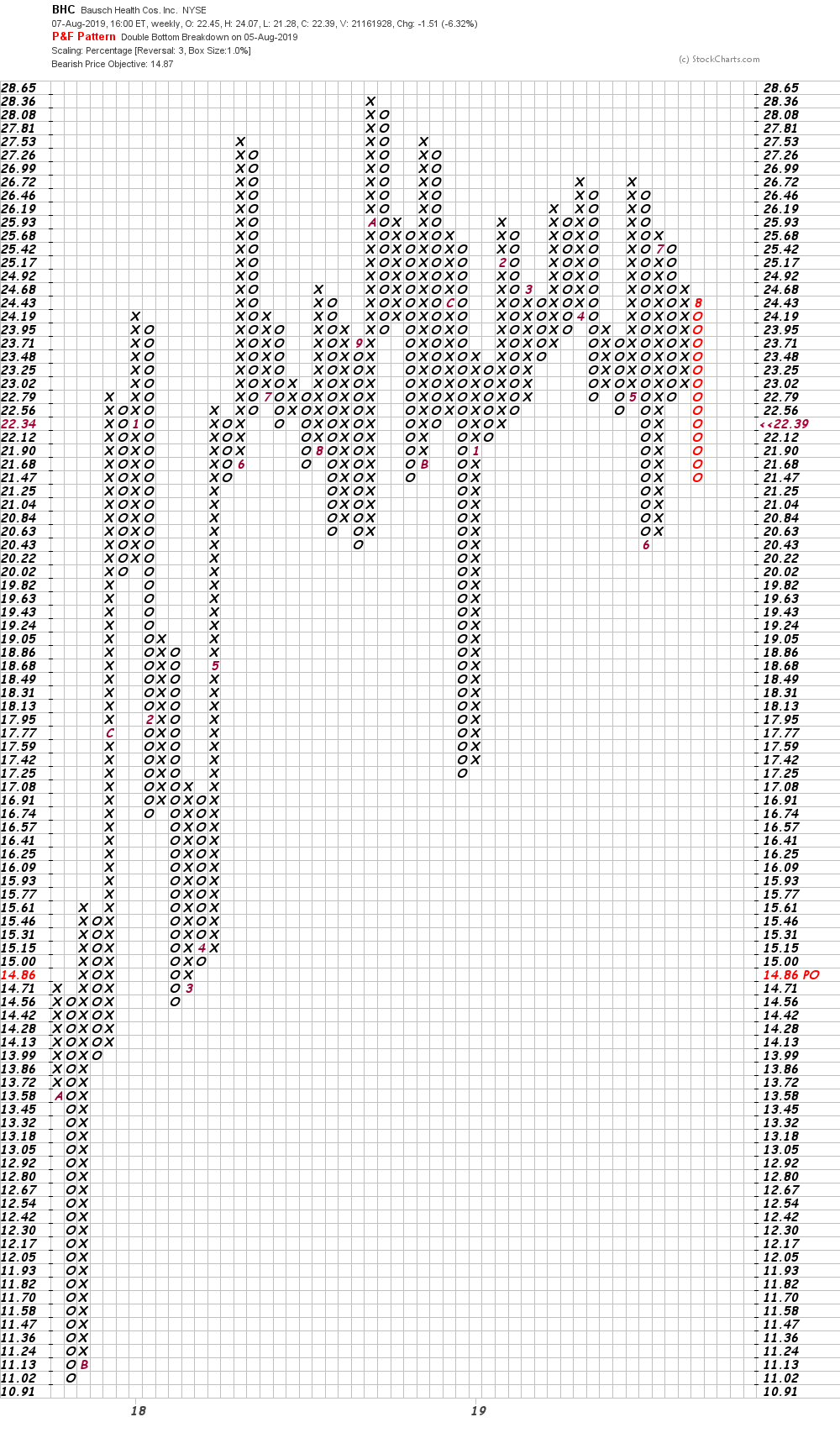 Bottom line strategy: BHC has been making lower highs since early May. With the OBV line going down since February the outlook is bearish. Avoid.

Get an email alert each time I write an article for Real Money. Click the "+Follow" next to my byline to this article.
TAGS: Investing | Stocks | Technical Analysis | Trading | Healthcare | Mad Money | Executive Interview