Baidu  (BIDU)  is under selling pressure Friday after reporting its quarterly earnings numbers Thursday where revenues dipped slightly, but which held guidance for another potential revenue contraction in Q3. Some analysts also expressed concern over the news of a Securities and Exchange Commission probe into one of its units -- iQiyi. Let's check out the charts now.

In this daily bar chart of BIDU, below, we can see that prices gapped down below the rising 50-day moving average line and it is testing the rising 200-day moving average line. A close below the 200-day average line and the late July low will weaken the picture further. The On-Balance-Volume (OBV) line has been weakening since early July and that tells us that traders of BIDU have been more aggressive sellers for about five weeks now. The 12-day price momentum study or indicator shows a weakening pattern of lower highs from June into August and is a bearish divergence when compared to the rally into early July.

In this weekly bar chart of BIDU, below, we can see a less than bullish picture. Prices are testing the rising 40-week moving average line. Prices look like they are in a basing pattern since the middle of 2019. The OBV line has been struggling to move higher since June and the Moving Average Convergence Divergence (MACD) oscillator is barely above the zero-line and close to turning lower to a sell signal.

In this daily Point and Figure chart of BIDU, below, the software is projecting the $105-$104 area as a potential downside price target. 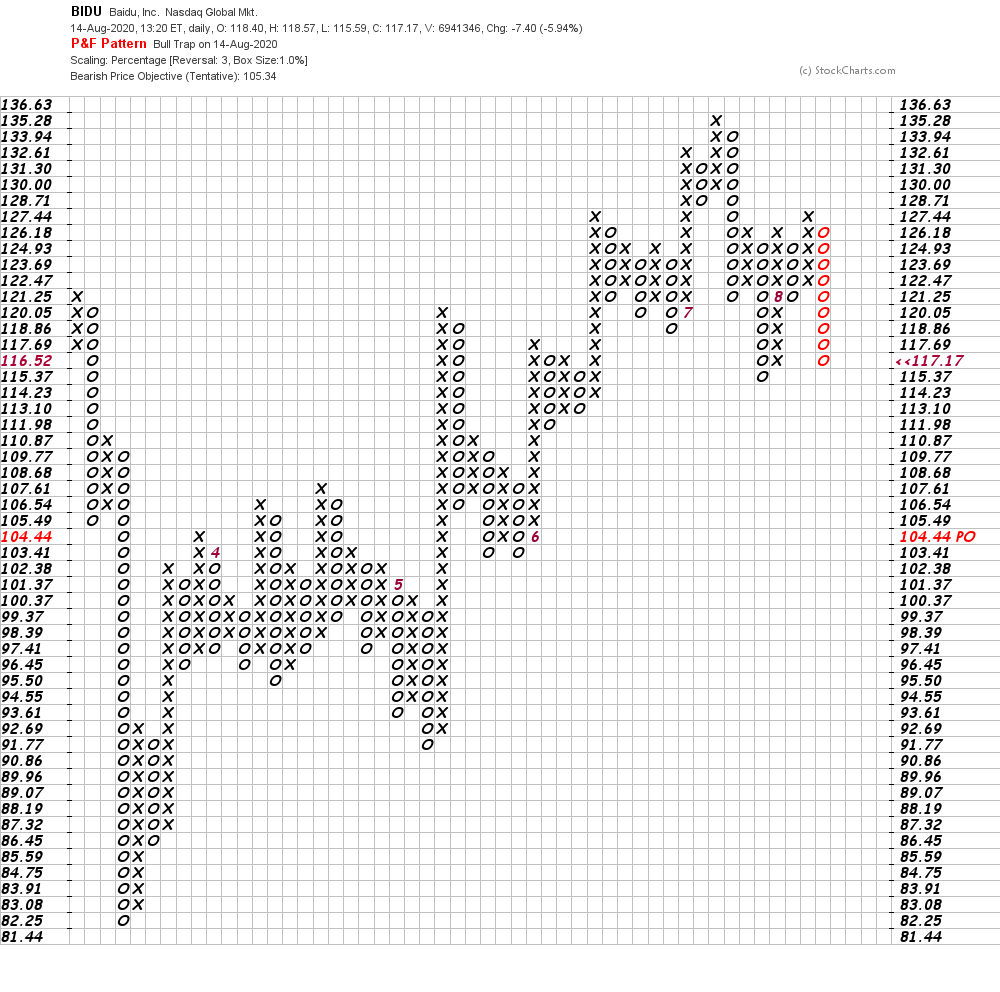 In this weekly Point and Figure chart of BIDU, below, the chart shows us a possible target in the mid $90s.

Bottom line strategy: Exit any longs on BIDU. Prices look like they could decline into the $105-$95 area in the weeks ahead.
Get an email alert each time I write an article for Real Money. Click the "+Follow" next to my byline to this article.
TAGS: Earnings | Investing | Technical Analysis | China