During Thursday's "Lightning Round" segment of Mad Money, one caller asked Jim Cramer about Autodesk (ADSK) : "This is great software. It's a buy," responded Cramer.

In this updated daily bar chart of ADSK, below, we can see that prices made a low with the broad market in March and ADSK also made a quick retest of that low in early April. Prices rallied into June and then turned sideways for a period of consolidation until renewed gains began in October.

ADSK made new highs from December into January but the 12-day price momentum study in the lower panel shows lower highs from December to now. This difference between the indicator and the price action is a bearish divergence and tells us that the pace of the rally is slowing down. This can sometimes foreshadow a pullback or a correction.

The On-Balance-Volume (OBV) line has moved higher to confirm the price gains and the moving average lines have positive slopes.

In this weekly bar chart of ADSK, below, we see a mixed picture. Prices are clearly in an uptrend above the rising 40-week moving average line, but the OBV line shows a longer-term decline from March and only limited improvement the past two months or so. I am not sure what that says about the durability of the rally.
The 12-week price momentum study shows lower highs from June to December for a bearish divergence when compared to the price action.

In this Point and Figure chart of ADSK, below, we used daily price data. Here the software is projecting the $360 area as a potential price objective. 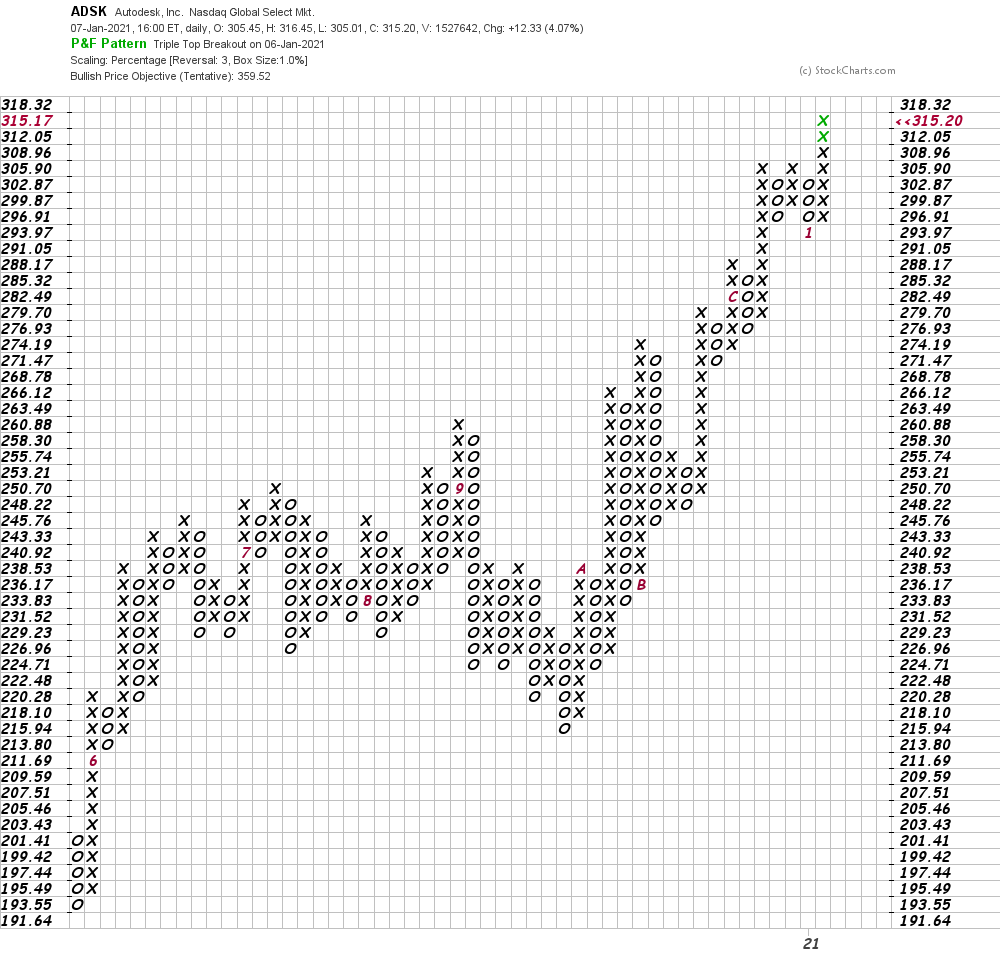 Bottom line strategy: ADSK looks like it can head higher over the months ahead but in the near-term I would anticipate a sideways correction or consolidation. Traders could approach ADSK from the long side once we see the first low of this anticipated consolidation.
Get an email alert each time I write an article for Real Money. Click the "+Follow" next to my byline to this article.
TAGS: Investing | Stocks | Technical Analysis | Trading | Software & Services | Technology | Mad Money