Stocks were on fire on Monday. Bulls cheered as the major indexes gained nearly 2%. Bargain hunters were out in force, and we could see some follow-through as the week unfolds.

But before you get drawn into the bullish optimism that permeated the market on Monday, consider that the S&P 500 is still 18% below its all-time high. The market peaked on Jan. 3, the first trading day of the year, and has been trending lower ever since.

Take a look at the major indexes. The S&P 500 is trapped within a bear channel that began in early April (diagonal lines). The large-cap index needs to close above 4025 to break out of this bearish formation. 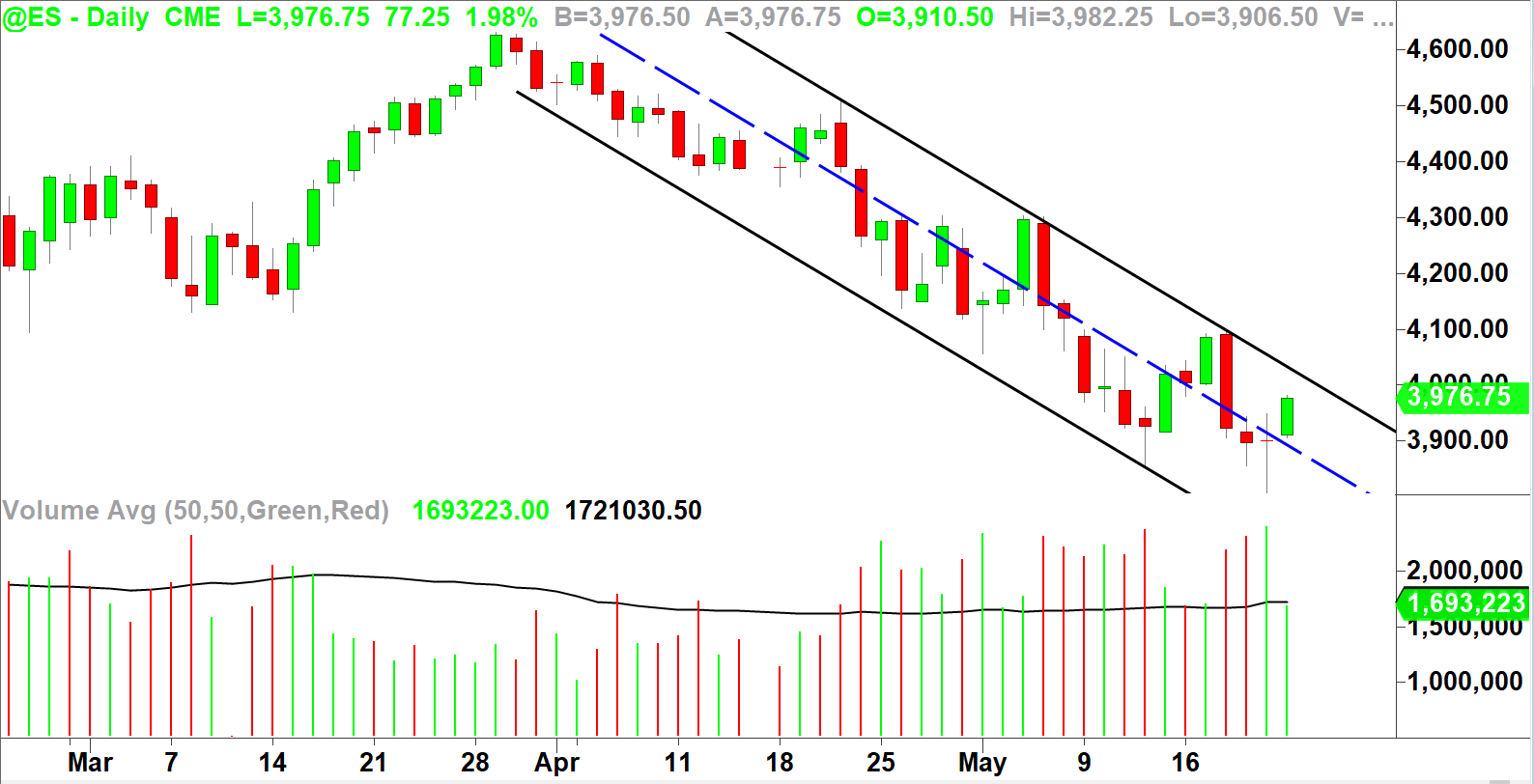 The Nasdaq 100 has formed a similar pattern. The tech-heavy index needs to climb above 12,600 to break free of its bearish trend. 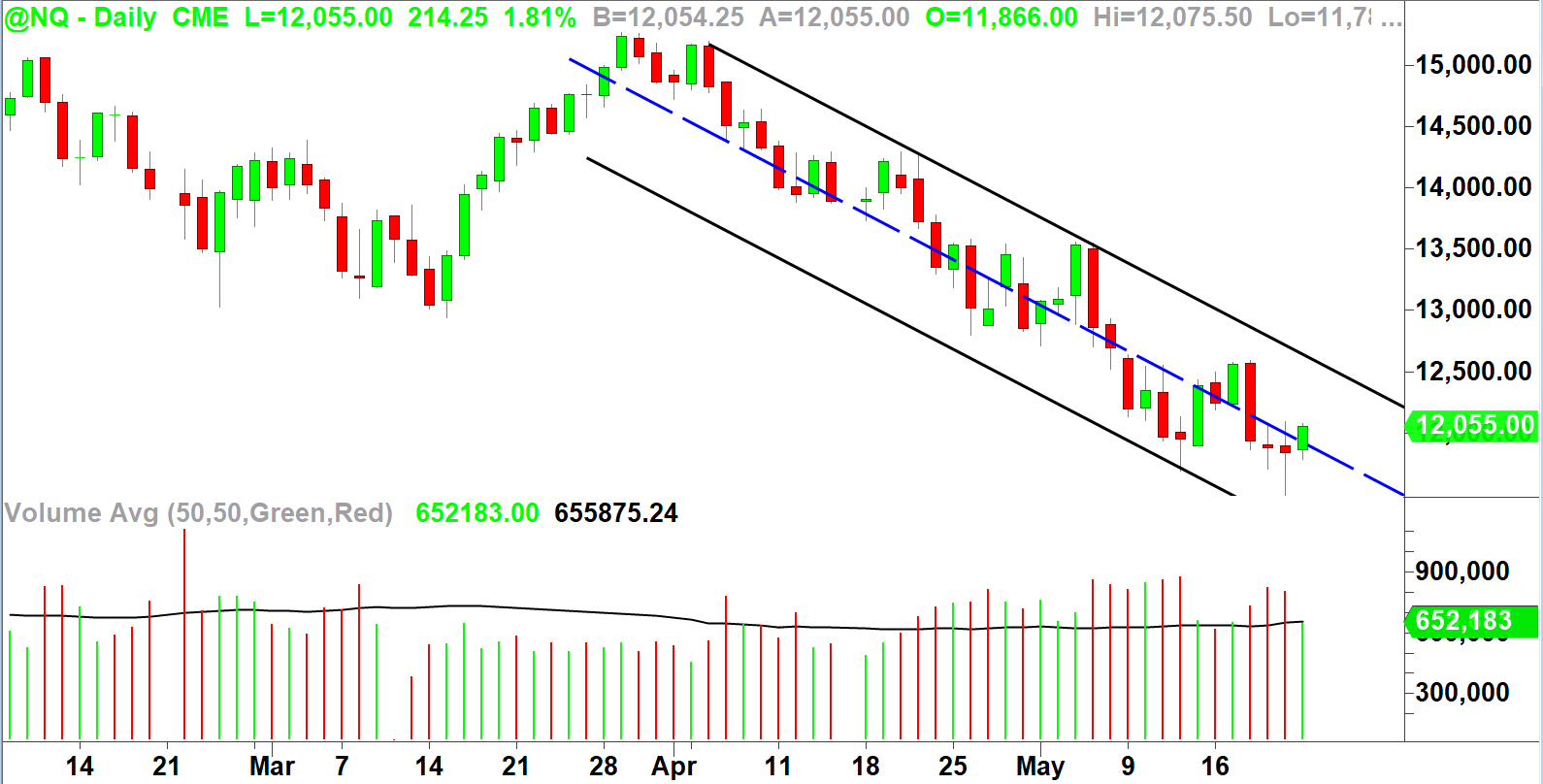 Despite Monday's rally, both indexes are just a handful of points from their respective year-to-date lows. The price action on Monday was typical of a bear market rally.

It's going to take more than a few strong days to repair the damage these charts have suffered, but despite the markets' bearish tone, there are a few stocks that look good right now. Perhaps the most surprising of these names is AT&T (T) .

Last October, I shunned this stock at $25. By December, AT&T had fallen to $16.62, in a market that was trading near all-time highs. 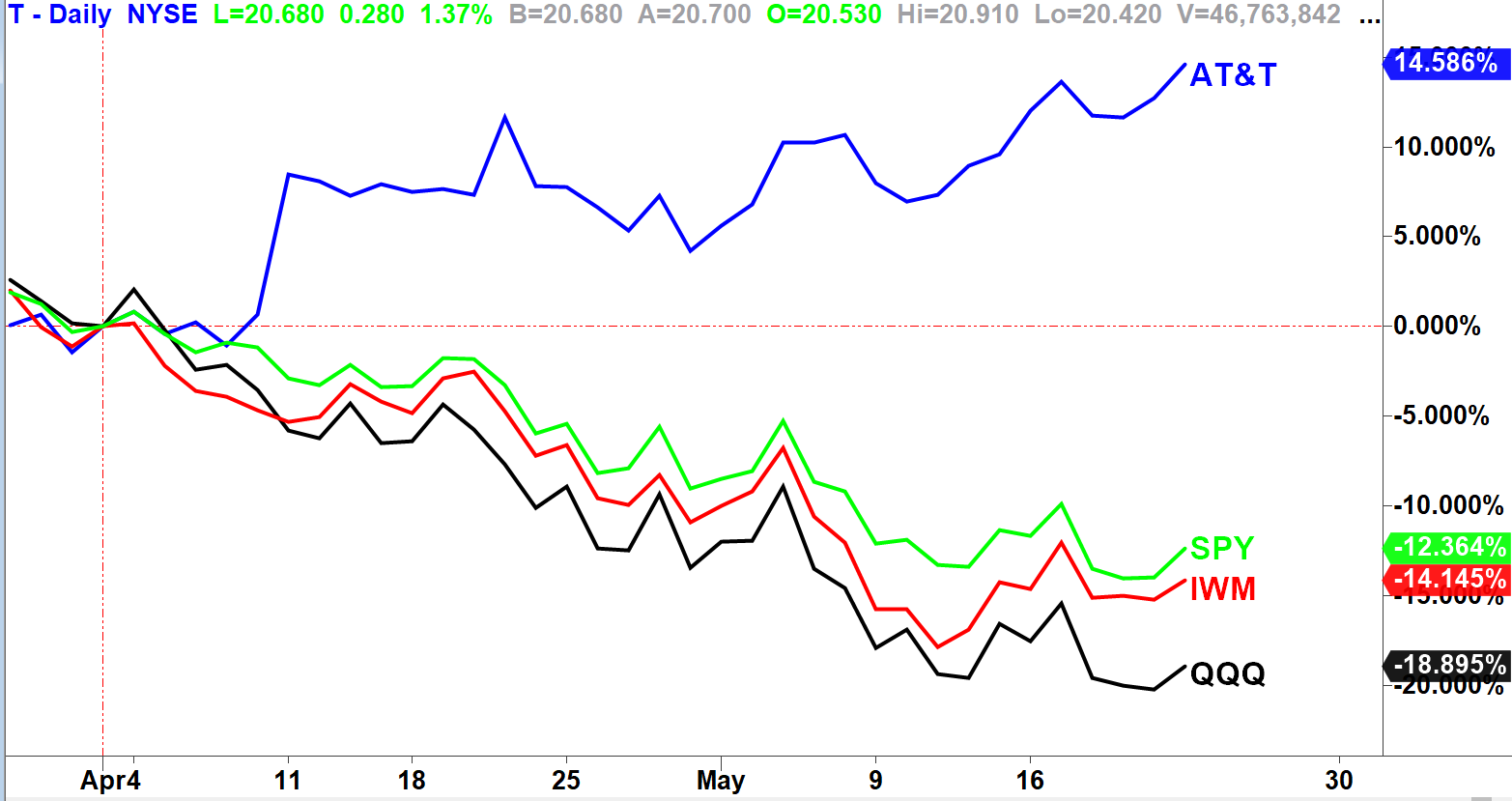 AT&T has formed a cup and handle pattern. This bullish formation projects a return for the stock to the $25 area. 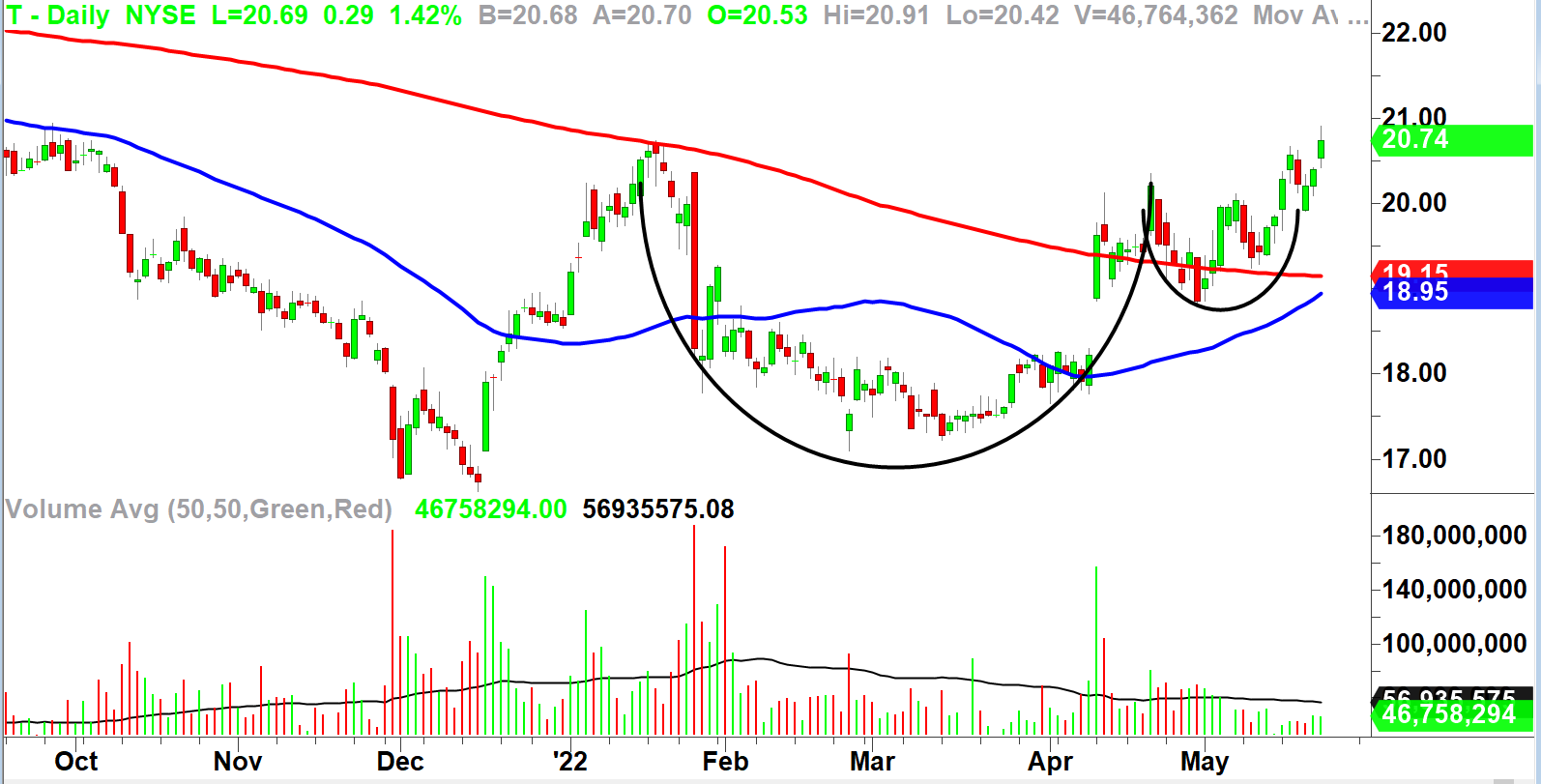 Unlike the major indexes, AT&T is trading above its 50-day (blue) and 200-day (red) moving averages. Those moving averages are on track to cross over, which would create a bullish momentum signal.

AT&T cut its dividend in February. Despite this, the stock currently offers a yield of 5.35%. AT&T's recent bullish performance tells us that the market believes the dividend is safe. Based on the chart, I'm targeting $25 for AT&T, a gain of over 20% from Monday's close.

Get an email alert each time I write an article for Real Money. Click the "+Follow" next to my byline to this article.
TAGS: Investing | Stocks | Telecommunications | Telecom Services