Over the past week, we've heard a lot of chatter about price caps. Specifically, the European Union is proposing price ceilings for oil and gas imports from Russia. E.U. energy ministers have scheduled an emergency meeting for Friday, and price caps are expected to be a featured topic.

What we have on our hands is a game of chicken.

Robin Brooks, the former chief foreign exchange strategist at Goldman Sachs (GS) , believes Putin's comments are a sign of weakness. According to Brooks, Russia doesn't have the capacity to store an unlimited amount of oil, and can't simply shut down production. Even selling to Asia is problematic, as Russia is dependent upon Western tankers for transportation.

Critics of the price caps say they could have unintended consequences, potentially driving oil to $200 per barrel. Winter is just months away, and energy prices are already skyrocketing in Europe.

Looking at the charts, right now the market sides with Brooks and other supporters of price caps. On Wednesday, crude oil reached a 7-month low, and traded below a key support level from March (red dotted line).

If that break is sustained, we could be looking at a sharp drop from here. Based on the technicals, $60 West Texas Intermediate is not out of the question. 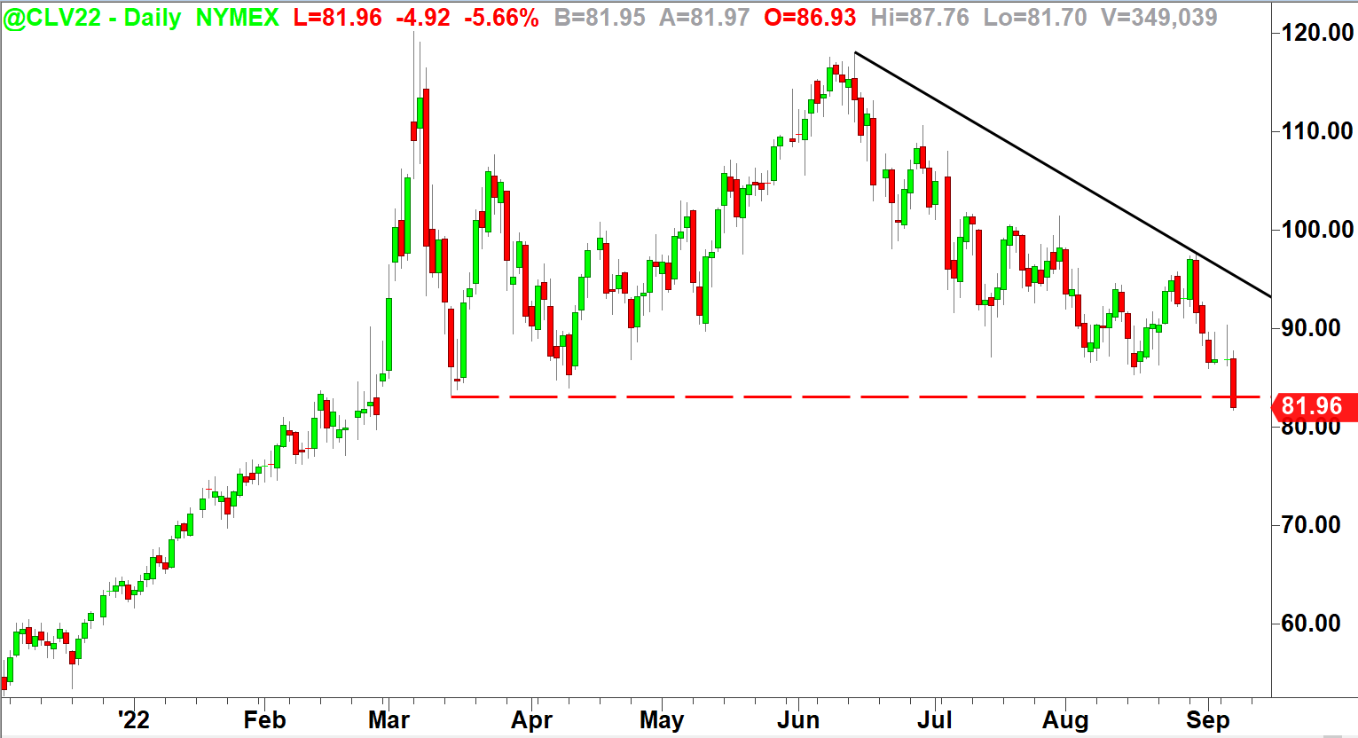 That's the good news. The bad news is, it's too early to predict what happens next. In baseball terms, we're in the top of the first inning.

What are some of the things that could go wrong?

Just six months ago, the U.S. and its allies imposed the first round of sanctions against Russia in retaliation for invading Ukraine. One assumption at the time was that sanctions would weaken the ruble, and they did. The ruble lost nearly half its value in just over three weeks (red line). 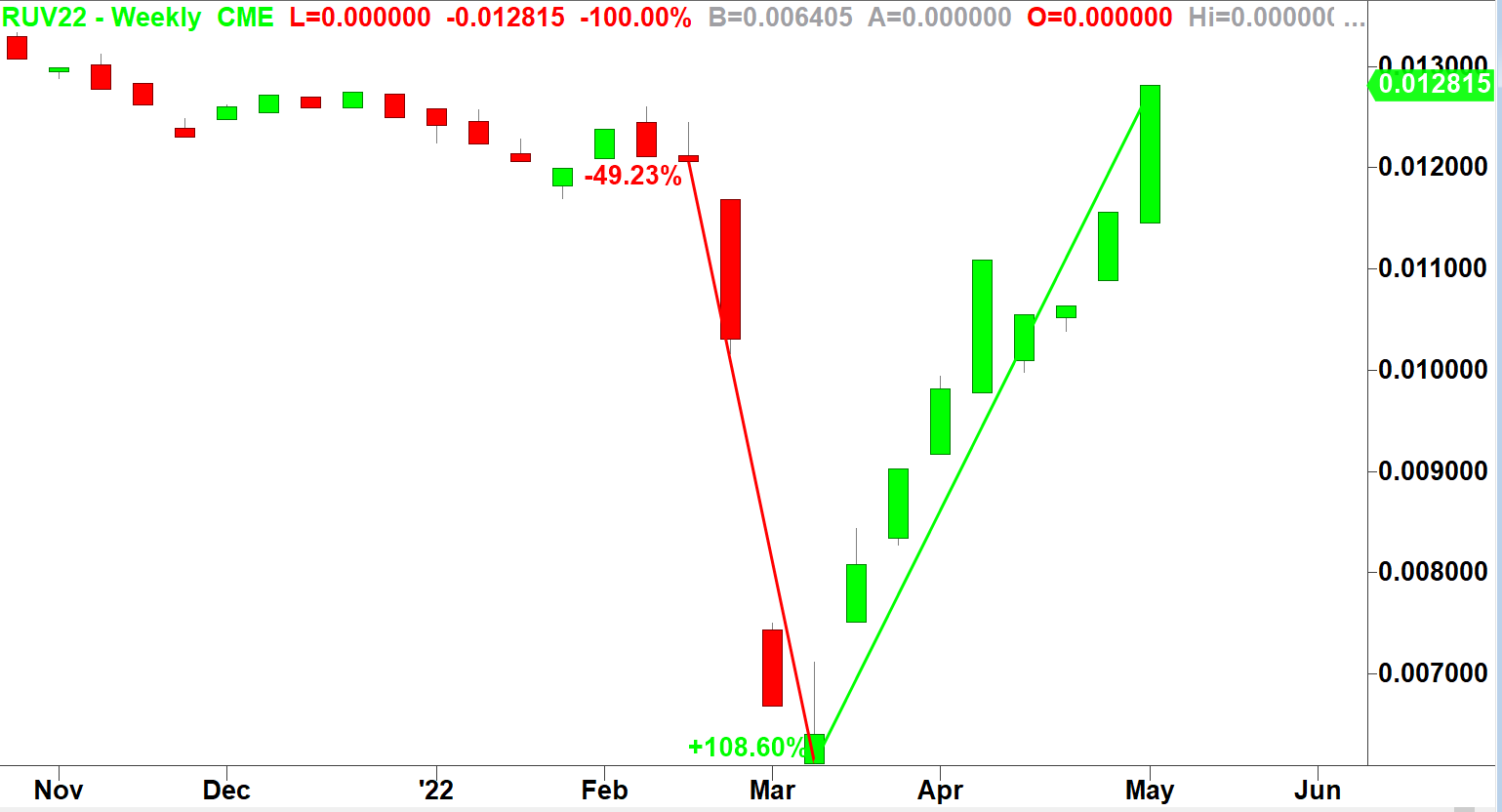 Then came the unintended consequences. From mid-March to early May, the ruble more than doubled in value.

Could the same thing happen with oil and natural gas?

What if OPEC cuts production? What if Russia finds additional storage? Or, what if Russia simply chooses to dump product rather than put it on the market, thereby reducing supply? Any of these events could lead to dramatic price increases.

Be careful when listening to those who make assumptions. Despite compelling arguments and the certainty of pundits, none of us know how this will play out. We are in uncharted territory.

Get an email alert each time I write an article for Real Money. Click the "+Follow" next to my byline to this article.
TAGS: Investing | Oil | Energy | Russia