Back on December 14 we recommended that "Aggressive traders could go long FDX at current levels if they can risk a decline to $225. Add to longs above $256." Unfortunately that price strength only lasted into early January.

Let's check on the charts again. FDX released their latest earnings figures before the opening of trading Friday and a weak profit figure sent the stock lower.
In this updated daily bar chart of FDX, below, we can see that prices made new lows for the move down in February and March. FDX is trading below the negatively sloped 50-day moving average line and the negatively sloped 200-day line.
The On-Balance-Volume (OBV) line declined into an October low and interestingly could be making a higher low in late February for a bullish divergence when compared with the price action.
The Moving Average Convergence Divergence (MACD) oscillator has also made a bullish divergence along with a cover shorts buy signal.

In this weekly Japanese candlestick chart of FDX, below, we see a mostly bearish picture. Prices are in a downtrend below the declining 40-week moving average line.
The weekly OBV line is pointed down and the MACD oscillator could be weeks away from a cover shorts buy signal.

In this daily Point and Figure chart of FDX, below, we can see an upside price target of $287. 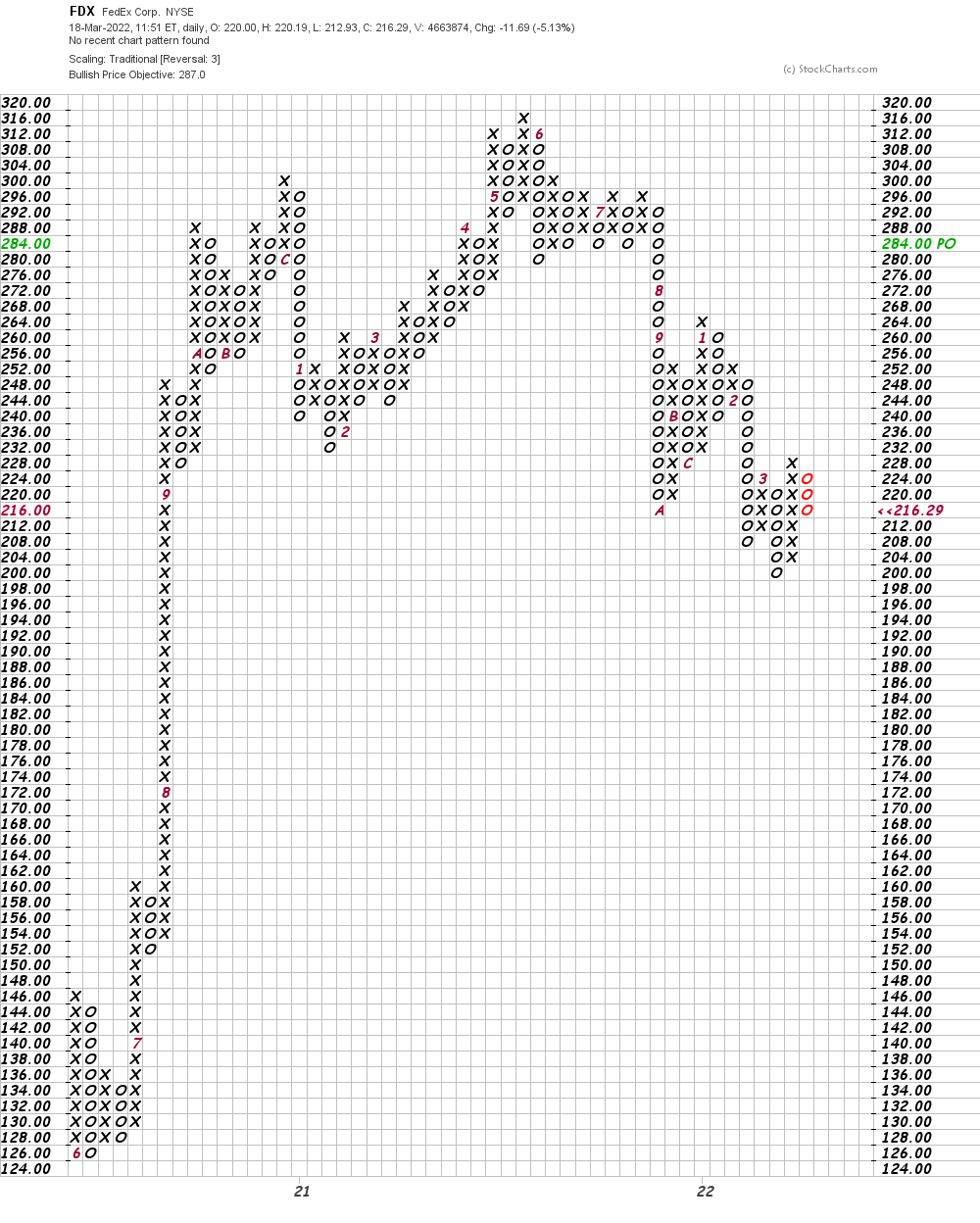 In this weekly Point and Figure chart of FDX, below, we used a five box reversal filter. Here the software shows us a potential $349 price target.

Bottom line strategy: FDX looks like it is going to retest the early March low and we cannot rule out the possibility of a decline to a lower low. Some bullish divergences are promising but that may not be enough to turn the tide.
Get an email alert each time I write an article for Real Money. Click the "+Follow" next to my byline to this article.
TAGS: Earnings | Investing | Stocks | Technical Analysis | Trading | Transportation | E-Commerce