The popular view from a number of recent "surveys," if you will, seems to be that inflation is transitory.

I was a young commodity analyst during the early 1970s commodity surge, and I don't believe this will be the case. Most professionals who are active in the investment arena today did not live through those heady years of roaring inflation.

There was a confluence of influences in the 1970s that produced an atmosphere of "better buy it today, because it will cost more tomorrow." Mother nature contributed to things, with a freeze in Florida, a frost in Brazil, an El Nino in the Pacific, a poor Russian wheat harvest and a shortfall of sugar. Man contributed with things too -- OPEC and COLA clauses in union contracts, wage and price controls, delayed or postponed mining and drilling projects.
Today, we are seeing soaring prices for lumber and copper and palladium, and rare earth metals make headlines. Food prices are surging from COVID shutdowns and cybersecurity issues and logistics. Instead of unions demanding COLA clauses, we see governments pushing wages up via the minimum wage. History tends to repeat itself.
Prices have climbed for many commodities, but I do not see reports of new mine projects to bring on new supplies to meet growing demand.
Demand is another issue that needs attention. Typically, commodity bull markets are driven by supply problems and demand has tended to change slowly. Today, the world boasts a huge middle class that wants more "stuff" - this was not an issue in the 1970s.
Let's check out a few charts.
In this weekly candlestick chart of the DBC - the Invesco DB Commodity Index Tracking Fund ( DBC) - below, we can see a large five year base pattern. Prices have broken out over the highs of 2018 and should open the way to further gains. The slope of the 40-week moving average line is positive. The On-Balance-Volume (OBV) line is bullish and so is the Moving Average Convergence Divergence (MACD) oscillator.

In this weekly close only Point and Figure chart of the DBC, below, we can see a potential price target in the $26 area. 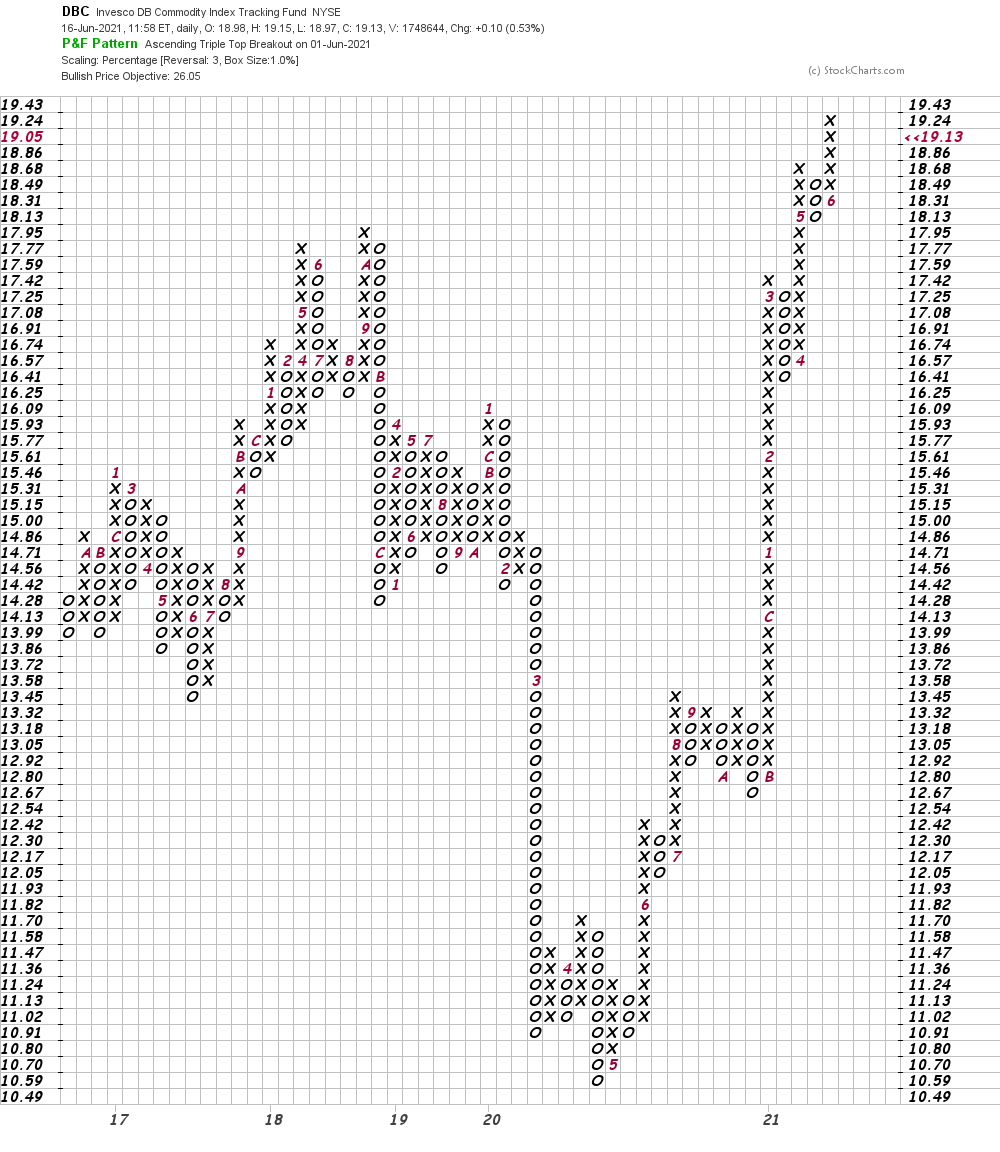 In this longer-term Point and Figure chart of DBC, below, we can see a $34 price target. 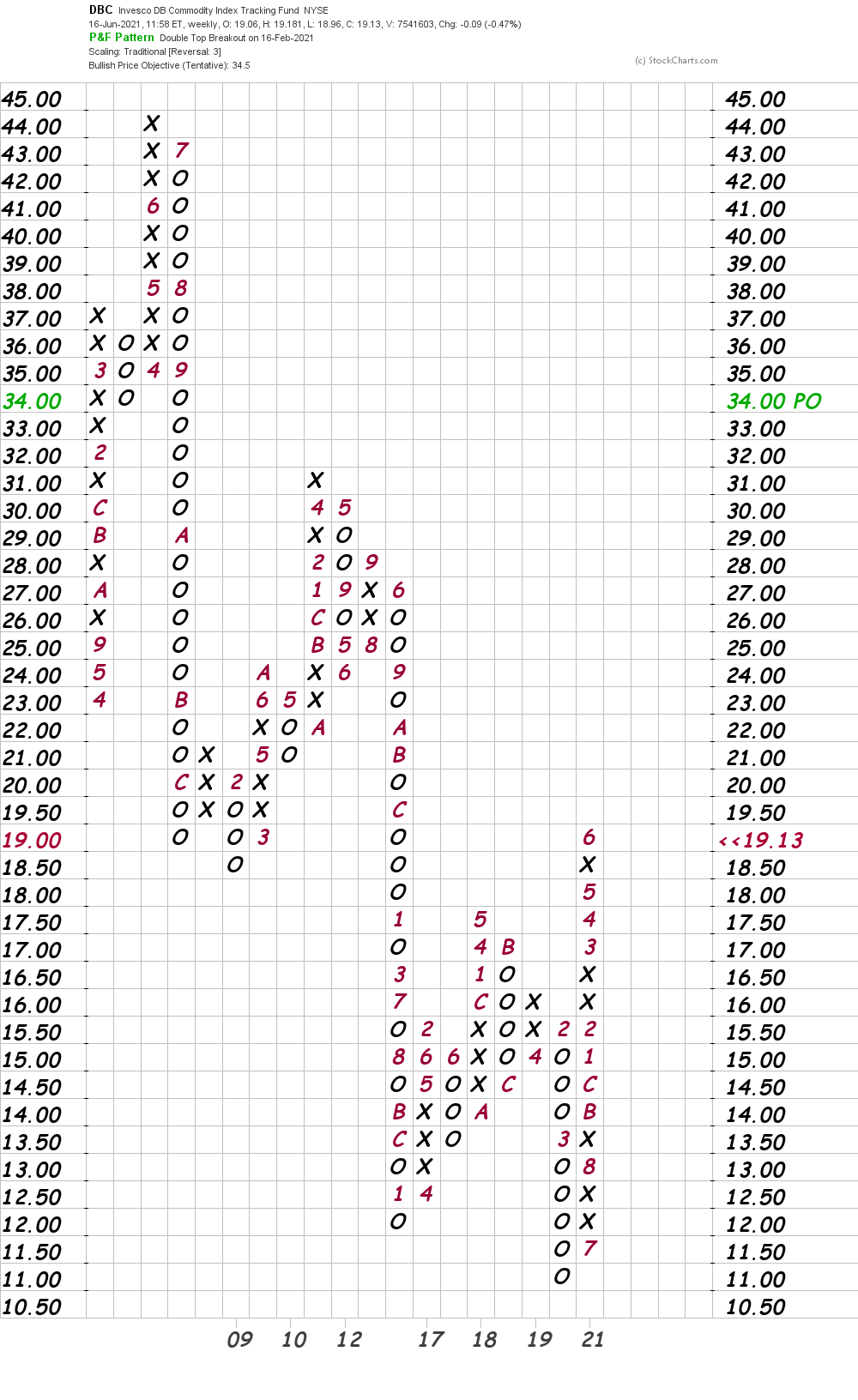 What about the elephant in the room? Oil prices?
In this weekly bar chart of the nearby crude oil futures (below), we can see that prices are about to test the highs of early 2018. Prices are above the rising 40-week moving average line. The weekly OBV line is bullish and so is the MACD oscillator.

Bottom line strategy: If you see in the Wall Street Journal that large corporations are going to spend billions and billions on new supplies of copper, tin, lead, zinc, crude oil and rare earths, I will go away and not cry wolf. But on the other hand ... watch out at the supermarket when someone on social media tells their friends the store is out of chicken wings.
Get an email alert each time I write an article for Real Money. Click the "+Follow" next to my byline to this article.
TAGS: Commodities | Investing | Technical Analysis