APA Corp (APA) is the holding company for Apache Corp which is engaged in hydrocarbon exploration. The energy sector has been strong since September so let's see how shares of APA are doing.

In this daily bar chart of APA, below, we can see that prices have been climbing higher since August. APA has bounced off the rising 50-day moving average three times this year. Prices are above the rising 200-day line too. Trading volume has been active since late September and the On-Balance-Volume (OBV) line has been strong. The Moving Average Convergence Divergence (MACD) oscillator has been mostly bullish since September.

In this weekly Japanese candlestick chart of APA, below, we can see the past three years of price movement. Prices are trading above the rising 40-week moving average line. The candles still look bullish.
The weekly OBV line shows a slight upward trend the past two years. The MACD oscillator is in a bullish alignment above the zero line.

In this long term weekly chart of APA, below, we can see that prices have  broken a downtrend from 2014. The longer a trend is in force the more you need to pay attention when it is broken.

In this daily Point and Figure chart of APA, below, we can see a potential downside price target in the low $30s, but a trade at $41.40 is likely to refresh the uptrend. 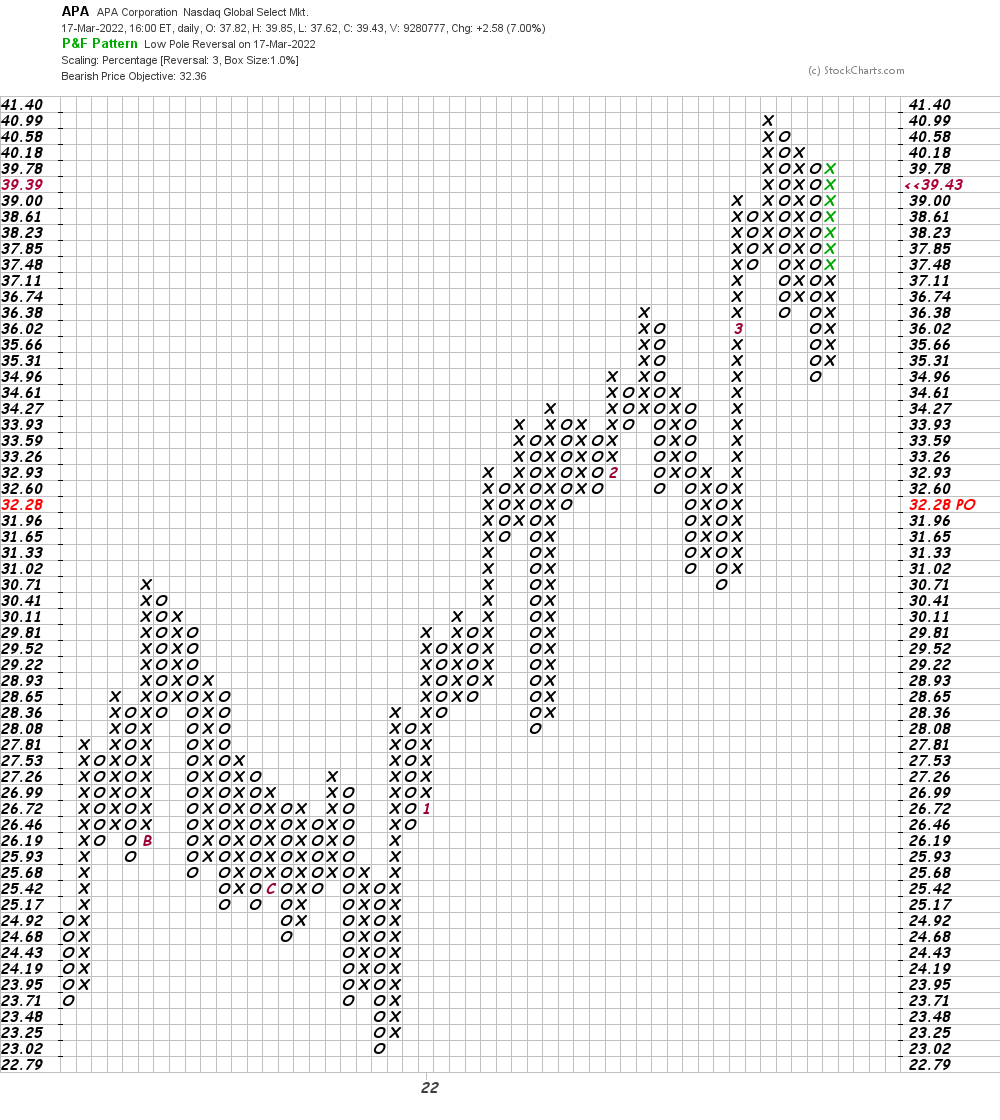 In this weekly Point and Figure chart of APA, below, we see that the chart yields a $62 price target.

Bottom line strategy: APA - and crude oil prices - could trade sideways in the near term. Traders could use this sideways movement to build a long position in APA. Risk to $33. The $62 area is our initial price target.
Get an email alert each time I write an article for Real Money. Click the "+Follow" next to my byline to this article.
TAGS: Commodities | Investing | Stocks | Technical Analysis | Trading | Energy | Natural Gas |