Amgen (AMGN) has been in a long-term uptrend but the stock has been stalled for the past year. The indicators I favor are looking more positive so let's check out the charts to see if this is the time to buy.

In this daily bar chart of AMGN, below, we can see that prices have traded sideways between $215 and the $260 area for months. Trading has not been smooth so I suspect it has not been easy to make money on the up and down swings the past 12 months. AMGN is now above the rising 50-day moving average line and above the rising 200-day moving average.
The On-Balance-Volume (OBV) line has chopped sideways for months but it has been very strong since early March and looks close to an upside breakout.
The Moving Average Convergence Divergence (MACD) oscillator has moved sideways around the zero line the past year. No help from this indicator.

In this weekly Japanese candlestick chart of AMGN, below, we can see a large ascending or bullish triangle formation. Prices are in a longer-term uptrend above the rising 40-week moving average line. We see higher lows from March 2020 but roughly equal highs around $260 on the chart. A weekly close above $260 would be the breakout.
The weekly OBV line is steady and the MACD oscillator is turning upwards for a fresh outright buy signal.

In this first daily Point and Figure chart of AMGN, below, we used a percentage move for scaling. Here we can see that a trade at $260.88 could be the tipping point for a breakout. A price target of $328 is shown. 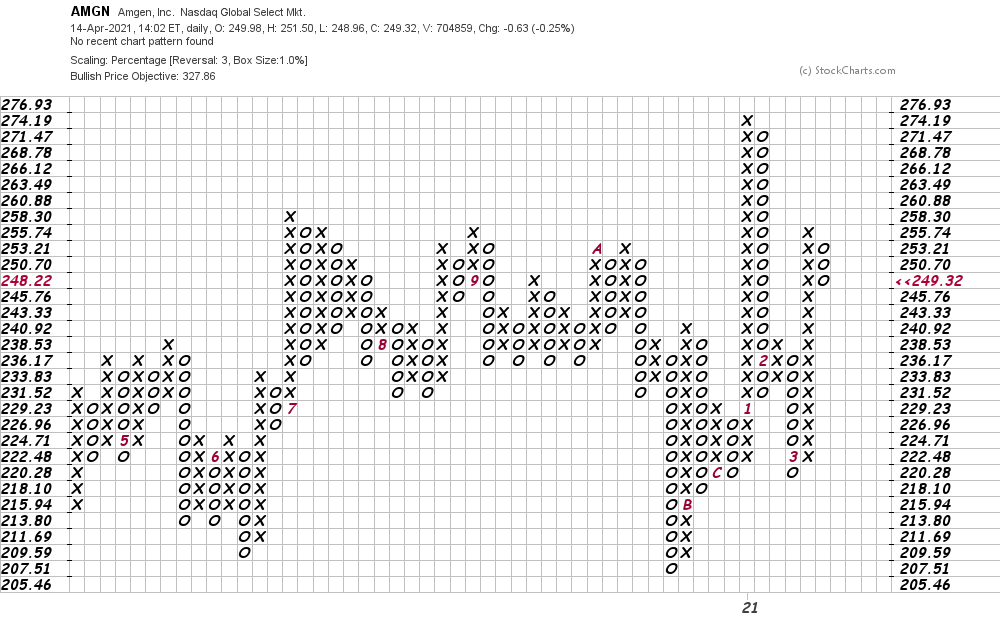 In this second daily Point and Figure chart of AMGN, below, we used the same price data but with a traditional even dollar scaling. Here a higher price target of $379 is shown. 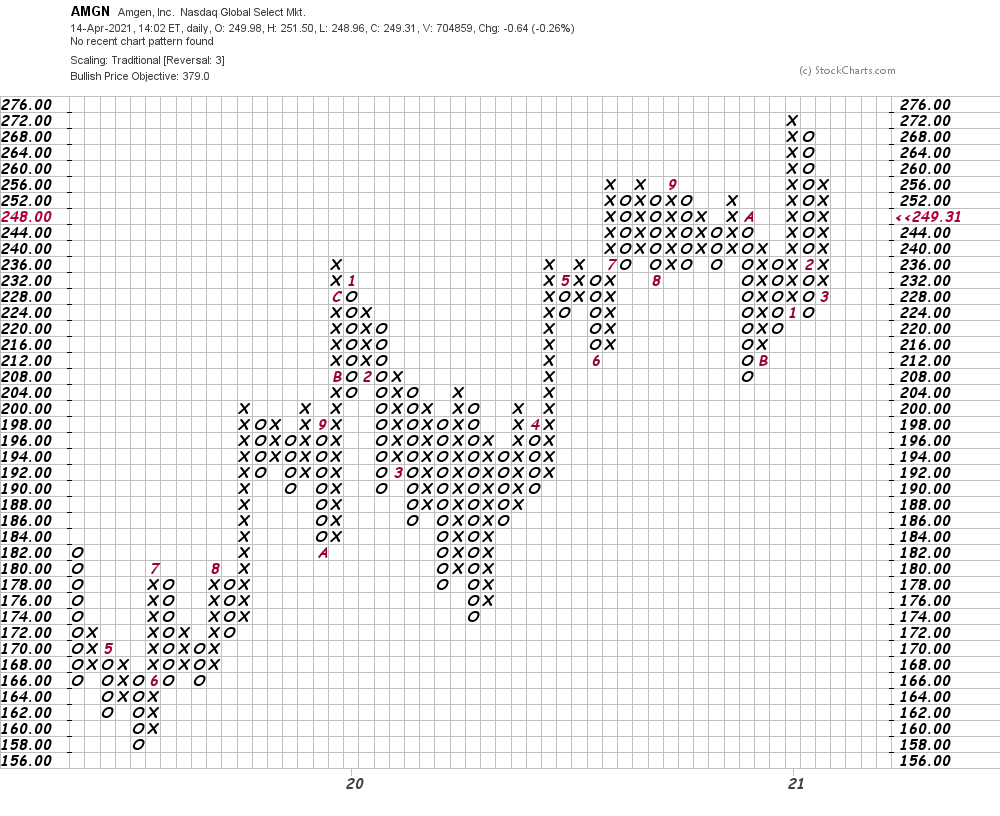 Bottom line strategy: AMGN looks like it is ready to make its move higher. I have no idea if there is any expected or unexpected news but the chart is ready. Traders could go long at current levels risking below $240 for now. Add to longs above $261. $328 is our first price target.
Get an email alert each time I write an article for Real Money. Click the "+Follow" next to my byline to this article.
TAGS: Investing | Stocks | Technical Analysis | Trading | Biotechnology | Life Sciences | Pharmaceuticals