Let's check the charts and indicators.
In this daily bar chart of ABC, below, we can see that prices rallied from early December to April before prices corrected lower. The pullback extended into late September before a rebound into late October ahead of earnings. Prices are trading above the rising 50-day moving average line and the rising 200-day moving average line.
The On-Balance-Volume (OBV) line has moved sideways since April and trading volume has been neutral since early July. Volume has not increased in October and that makes the rally suspect.
The Moving Average Convergence Divergence (MACD) oscillator is above the zero line in bullish territory but the two moving averages that comprise the indicator have begun to narrow.

In this weekly Japanese candlestick chart of ABC, below, I see a potentially negative picture. Prices look like they are making a harami top reversal. We don't have bearish confirmation yet so the jury is still out. Prices are above the rising 40-week moving average line. The trading volume has declined since May and that does not support a healthy rally.
The weekly OBV line has declined from a peak in April. The MACD oscillator is trying to cross above the zero line after a dip below it.

In this daily Point and Figure chart of ABC, below, we can see a potential upside price target in the $203 area. 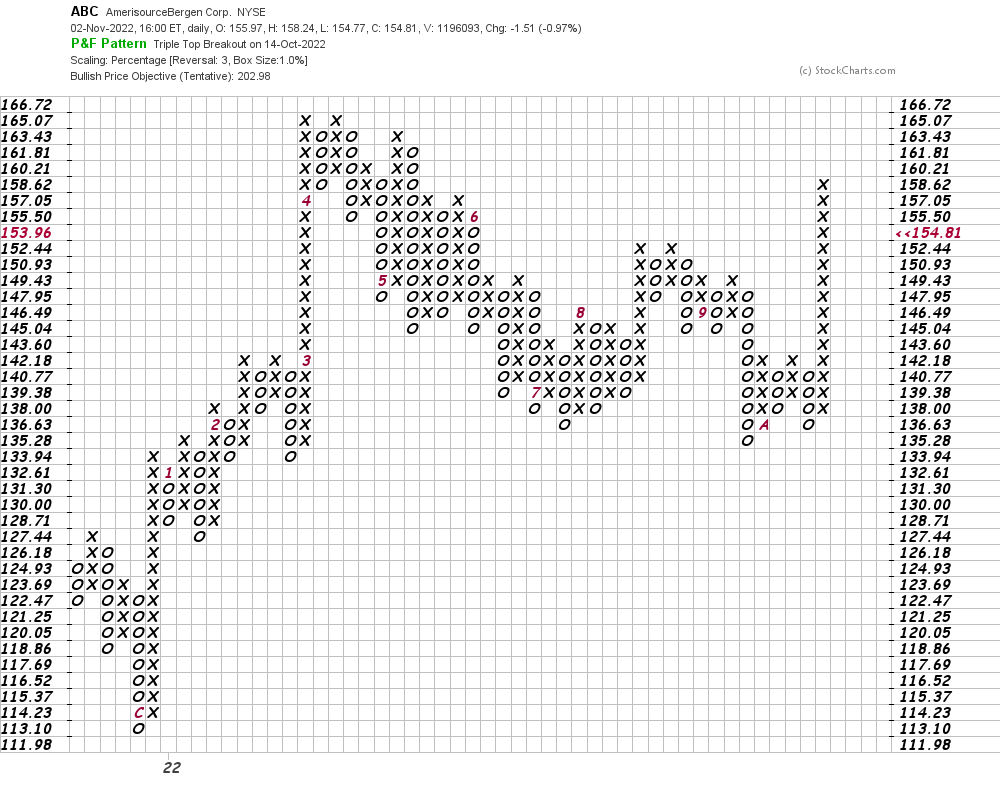 In this weekly Point and Figure chart of ABC, below, we can see a $206 price target. 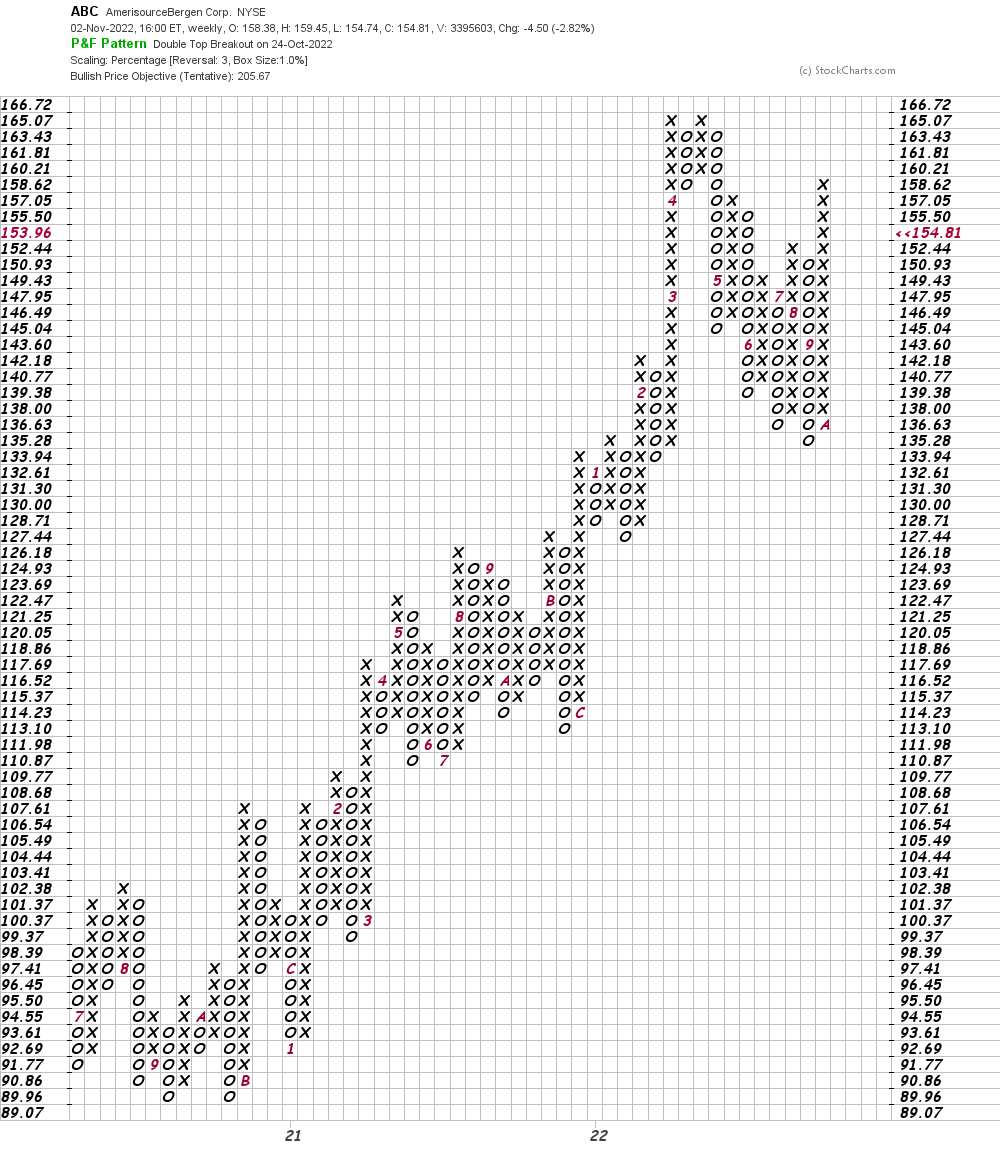 Bottom line strategy: The Point and Figure charts are bullish but in this current weak market environment I would not give them the final say. To me, the risk is that prices of ABC decline again. Watch out for a key reversal to the downside.
Get an email alert each time I write an article for Real Money. Click the "+Follow" next to my byline to this article.
TAGS: Economy | Investing | Stocks | Technical Analysis | Trading | Healthcare | Earnings | Consumer Discretionary