Ameriprise Financial (AMP)  ."I've always liked that company. I'm a buyer." That's what Jim Cramer had to say to one caller during the fast paced Lightning Round of his Mad Money program on CNBC Tuesday night.

I wondered if AMP would look stronger or weaker than other financials so I turned to the charts today.

The level of trading volume looks like it has slowed from late December which is not the typical picture of expanding volume that technical analysts like to see in a rally.

The On-Balance-Volume (OBV) line shows a rise from late December to the middle of February but is has been weakening which signals that sellers of AMP have become more aggressive. 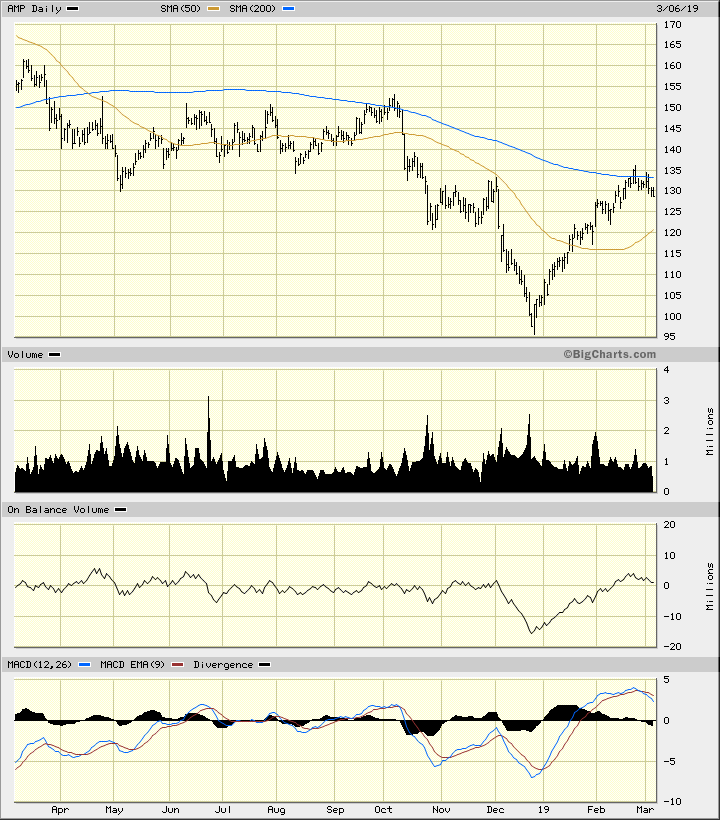 In this weekly bar chart of AMP, below, we can see that prices have been in a decline since late 2017 and not just the fourth quarter of 2018. AMP is struggling at the underside of the declining 40-week moving average line.

The weekly OBV line shows a three-year rise but it is hard to understand when compared to the price act.

The weekly MACD oscillator has crossed to a weekly cover shorts buy signal and it could be a while before it crosses the zero line for an outright buy message.

In this Point and Figure chart of AMP, below, we can see an upside price target of $151 for AMP but a decline to $124.93 would weaken the chart, in my opinion. 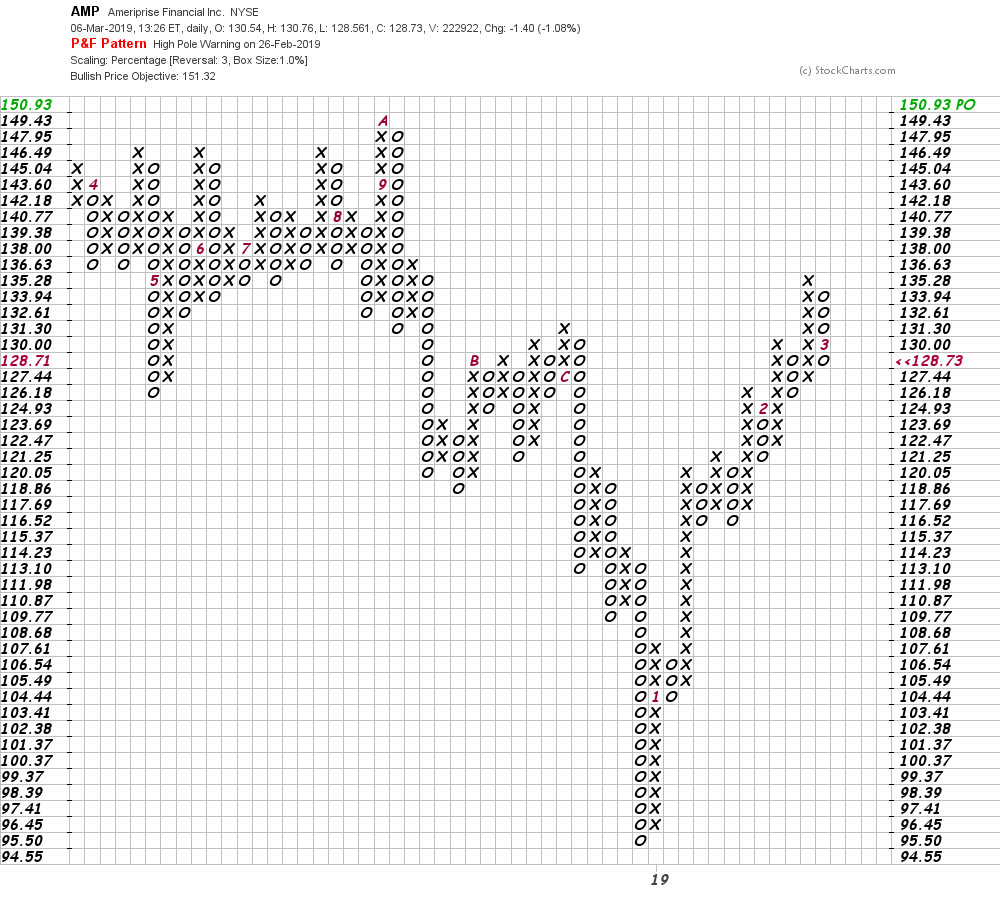 Bottom line strategy: AMP may well be a well run institution but a rally on diminishing volume and a bearish moving average suggest that AMP is more likely to retrace some of the gains since December.

Get an email alert each time I write an article for Real Money. Click the "+Follow" next to my byline to this article.
TAGS: Investing | Stocks | Technical Analysis | Trading | Banking | Brokerages