During Tuesday night's "Lightning Round" segment of Jim Cramer's Mad Money program, one caller asked about American Tower Corp. (AMT) : "I say buy American Tower. This one is down big from its highs," responded Cramer.

In this daily bar chart of AMT, below, we can see that prices have indeed declined from an early September peak. Earlier this month prices successfully tested the rising 200-day moving average line. AMT is now testing the underside of the declining 50-day line. The trading volume increased in late October and early November as prices retested the 200-day line and that suggests that some investors probably stepped in to buy.
The On-Balance-Volume (OBV) line has begun to turn higher signaling more aggressive buying which is what technical analysts like to see in a rising market.
The Moving Average Convergence Divergence (MACD) oscillator crossed to the upside this month for a cover shorts buy signal.

In this weekly bar chart of AMT, below, we can see that prices are set for some improvement. AMT is trading above the rising 40-week moving average line but further downside tests of the moving average line cannot be ruled out.
The weekly OBV line shows softness in September and October but some strength in November so far.
The MACD oscillator is in a take profits sell signal from September but the two moving averages that make up this indicator have begun to narrow towards a new buy signal.

In this Point and Figure chart of AMT, below, we can see that the software is projecting a possible downside price target in the $193 area. This is possible but as long as a trade at $201.41 does not happen (a new low for the move down) the upside seems more likely. 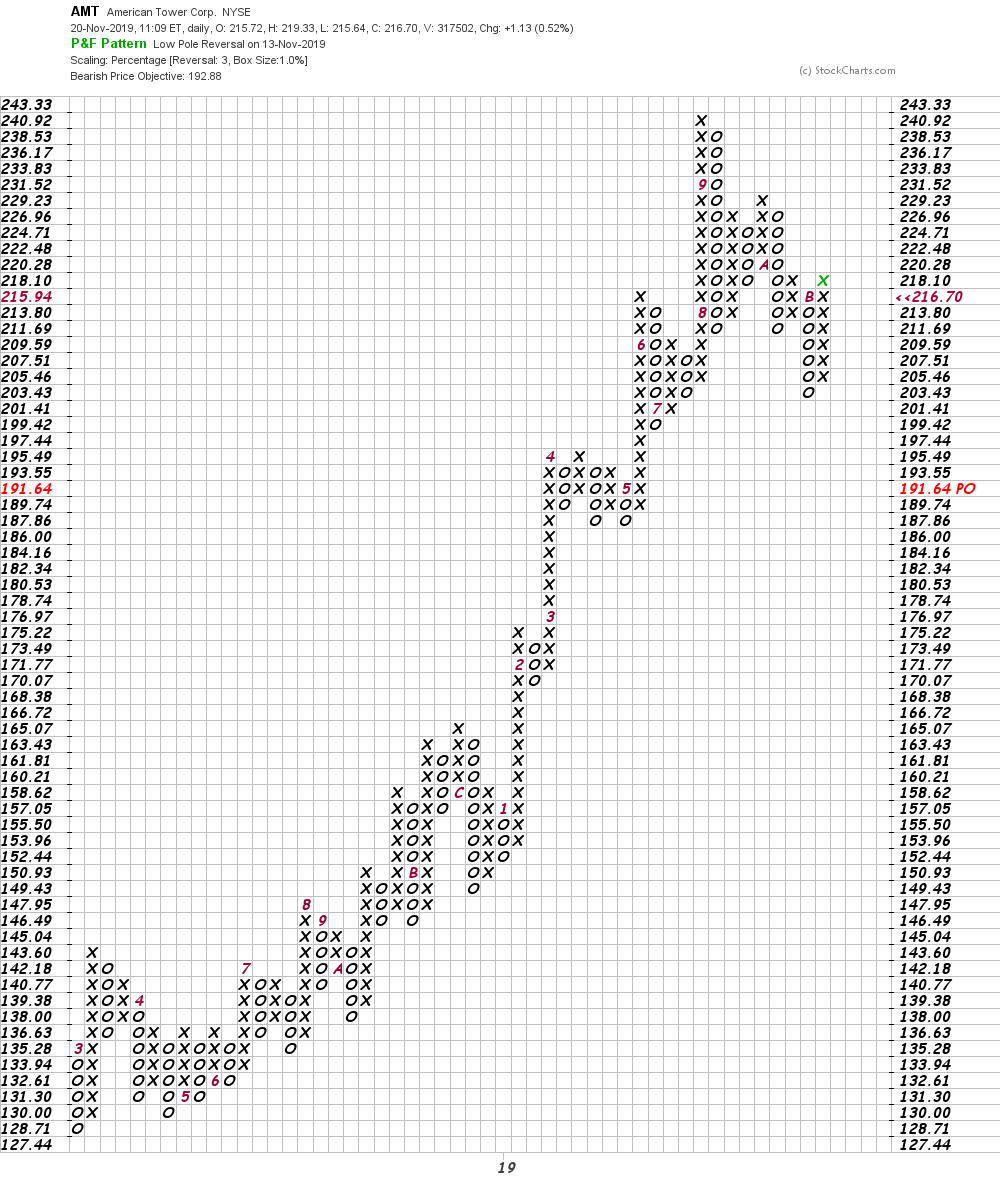 Bottom line strategy: Traders who can afford to risk below $205 could probe the long side of AMT on a shallow one or two-day dip.
Get an email alert each time I write an article for Real Money. Click the "+Follow" next to my byline to this article.
TAGS: Investing | Stocks | Technical Analysis | Trading | Telecommunications | Mad Money