American International Group (AIG) has come under selling pressure since the middle of September. The decline has accelerated in recent weeks and our technical studies have weakened further.

Let's check out the latest charts and indicators of this global insurer to see how much lower it can decline.

In this daily bar chart of AIG, below, we can see that prices were rolling over and topping out from May. There was a brief upside spike earlier this month but prices quickly sank to new lows. AIG is trading below the declining 50-day moving average line and the cresting/topping 200-day moving average line. The trading volume has been increasing since early November and suggests that investors are voting with their feet.
The daily On-Balance-Volume (OBV) line has been working lower since the middle of September and tells us that sellers of AIG have been more aggressive.
The Moving Average Convergence Divergence (MACD) oscillator has spent most of its time since November below the zero line in bearish territory.

In this weekly bar chart of AIG, below, we can see that prices suffered a big decline in 2017 and 2018. The rally in 2019 might be considered a recovery rally and could be vulnerable to a deep retracement. Prices are below the now declining 40-week moving average line.
The weekly OBV line has been weakening since August and tells us that aggressive selling has been the order of the day.  The MACD oscillator is below the zero line in outright sell territory.

In this daily Point and Figure chart of AIG, below, we can see how prices have "rolled over" and the potential downside price target in the $40 area. 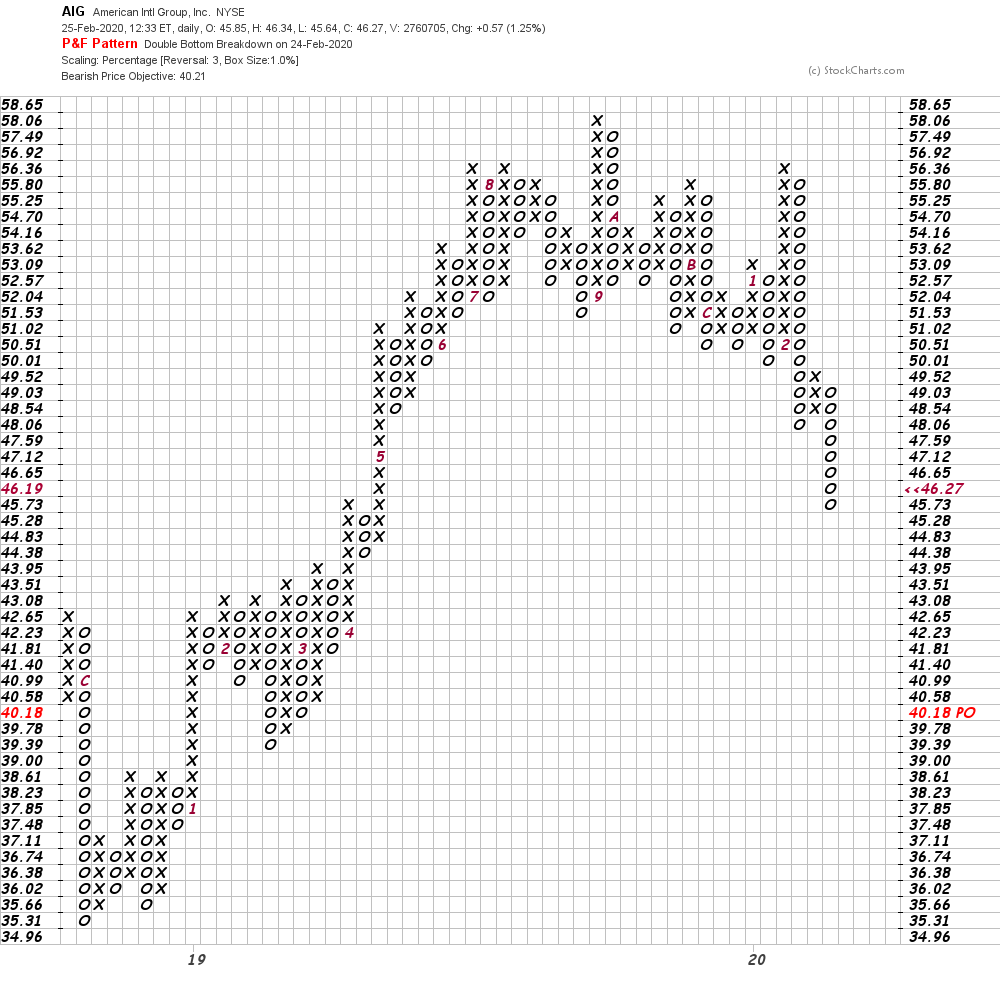 In this weekly Point and Figure chart of AIG, below, we can see a potential downside price target of $35. 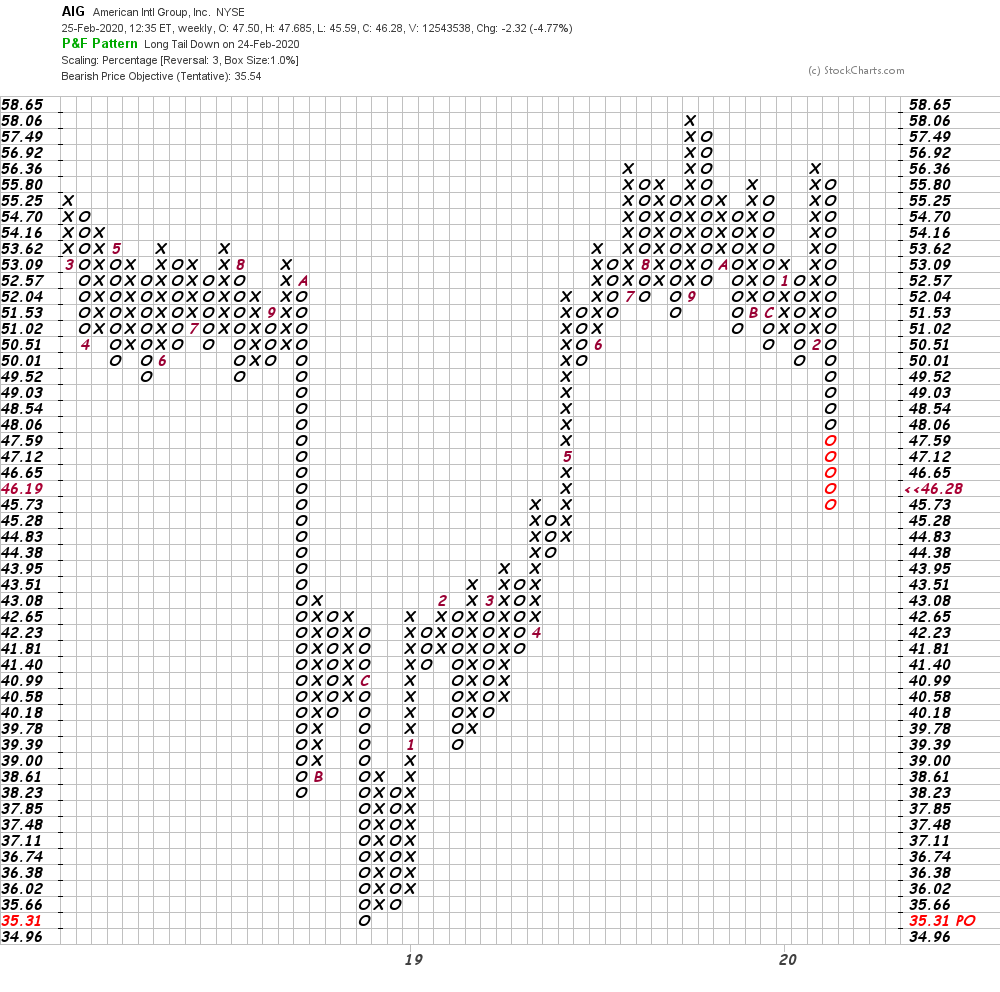 Bottom line strategy: Avoid the long side of AIG as the charts suggest there could be a significant decline in the weeks ahead.
Get an email alert each time I write an article for Real Money. Click the "+Follow" next to my byline to this article.
TAGS: Investing | Natural Disasters | Stocks | Technical Analysis | Trading | Financial Services