Akins said they continue to transition to a clean energy economy, and AEP's wind projects alone have already saved their rate payers $3 billion. In total, AEP plans to have 16 gigawatts of renewable capacity online by 2030.

Russia's invasion of Ukraine has shocked the world's energy market, Akins added, and has demonstrated the importance of a balanced power portfolio. Countries like Germany, which now rely almost completely on Russian natural gas, are paying the price for not investing into other options. The world must respond to this crisis, he said.

When asked about the U.S. economy, Akins remained bullish, saying that he's seeing strength in manufacturing as well as in data centers and with special projects like semiconductor manufacturing, which is making a resurgence in states like Ohio.

Let's check on the charts and indicators before we jump in with a recommendation.

In this daily bar chart of AEP, below, we can see that prices have been strong since early December. AEP is trading above the rising 50-day moving average line but likely to test it further in the days ahead. AEP is also above the rising 200-day moving average line. The trading volume increased in January and February as prices broke out to the upside but it has since declined into April.

The On-Balance-Volume (OBV) line bottomed in October/November and turned stronger till early April telling us that buyers of AEP were more aggressive. In recent weeks the OBV line has turned flat.

The Moving Average Convergence Divergence (MACD) oscillator has been in a decline from early April but it is narrowing above the zero line for now.

In this weekly Japanese candlestick chart of AEP, below, we see a mixed picture. Prices are pulling back and there are some upper shadows above $100.

The slope of the 40-week moving average line is positive but the weekly OBV line has not confirmed the price gains and has been stuck in a longer sideways trend.

The MACD oscillator is in an uptrend but has narrowed in recent weeks telling me that the strength of the trend is weakening.

In this daily Point and Figure chart of AEP, below, we can see that the software is projecting a potential downside price target in the $92 area. 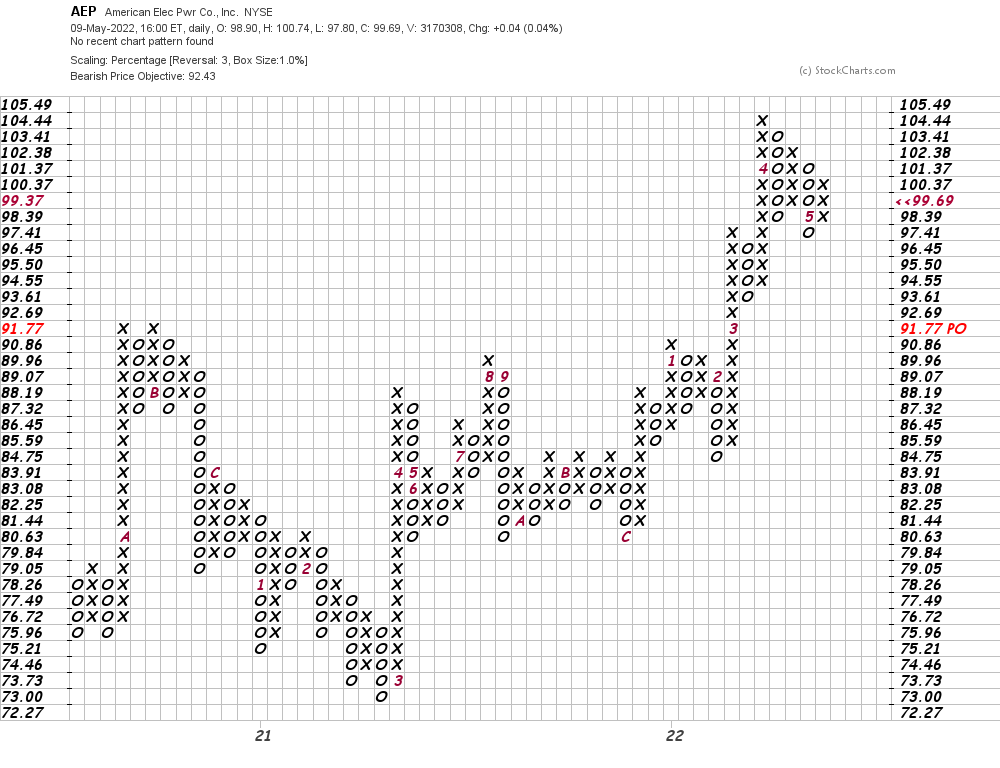 In this weekly Point and Figure chart of AEP, below, we can see a possible longer-term price objective in the $123 area. 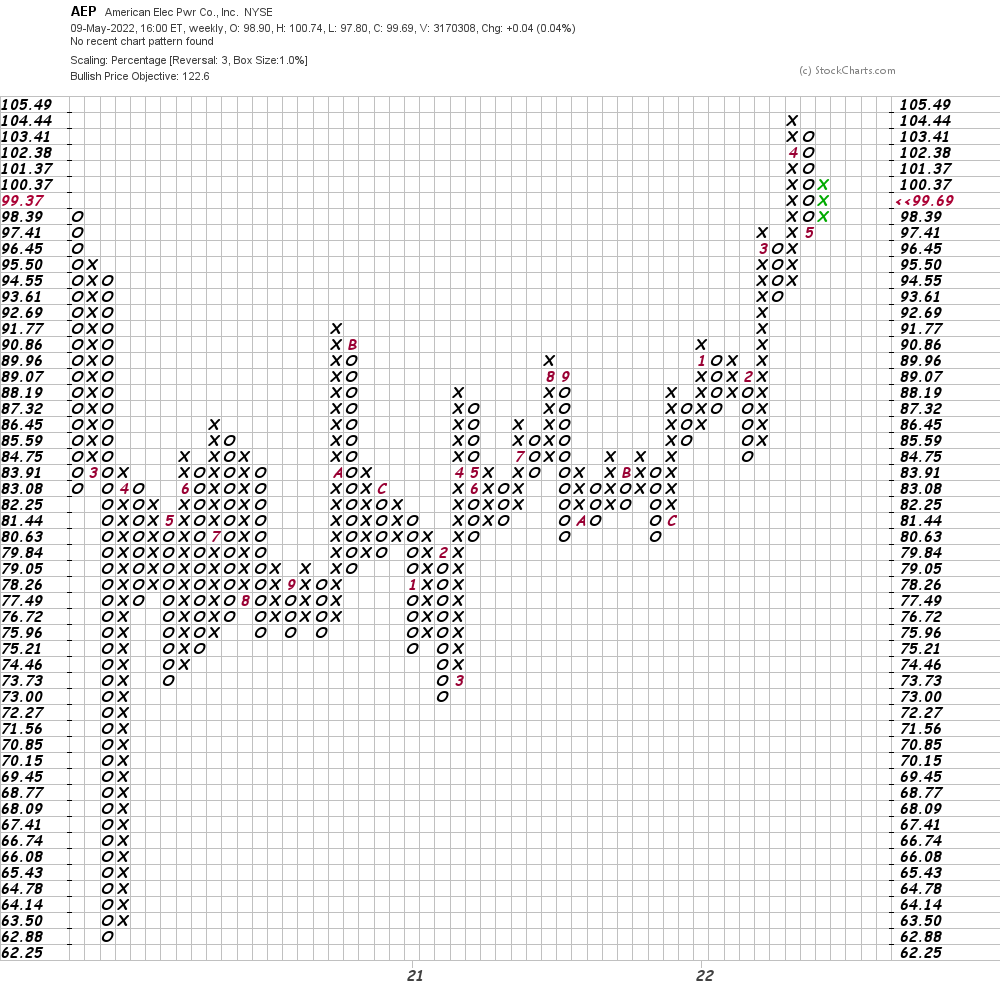 Bottom line strategy: In our November 15 review of AEP, we wrote "Hold previous longs in AEP but let's have a stop just below $79.84." Today we would recommend raising sell stops to $96 and/or booking profits at current levels as the charts and indicators are looking toppy at this point in time.

Get an email alert each time I write an article for Real Money. Click the "+Follow" next to my byline to this article.
TAGS: Investing | Stocks | Technical Analysis | Trading | Energy | Utilities | Mad Money | Executive Interview