Amazon.com (AMZN) has been testing and so far bouncing off the flat 200-day moving average line this month. Can the rally from the December low resume? Or is AMZN taking a pause before renewed declines? Tough questions so let's look at the charts and indicators for some parameters to monitor it.

In this daily bar chart of AMZN, below, we can see that prices have been in a sideways to higher trading range market since early March. The pullbacks in May and from July into August have been deep and probably made buy and hold investors nervous.

The May setback broke the 200-day moving average line and along with a declining On-Balance-Volume (OBV) line, the Moving Average Convergence Divergence (MACD) oscillator moved below the zero line for an outright sell signal.

The July-August decline has not broken the 200-day average line but the OBV line declined and again the MACD oscillator generated a sell signal. This is not the action of a strong bull move.

In this weekly bar chart of AMZN, below, we can see some signs of weakness. Prices are testing the slightly rising 40-week moving average line.

In this Point and Figure chart of AMZN, below, we still have a potential bullish upside price target of $2740 mentioned in a previous update. A decline below $1745.10 is likely to weaken this chart. 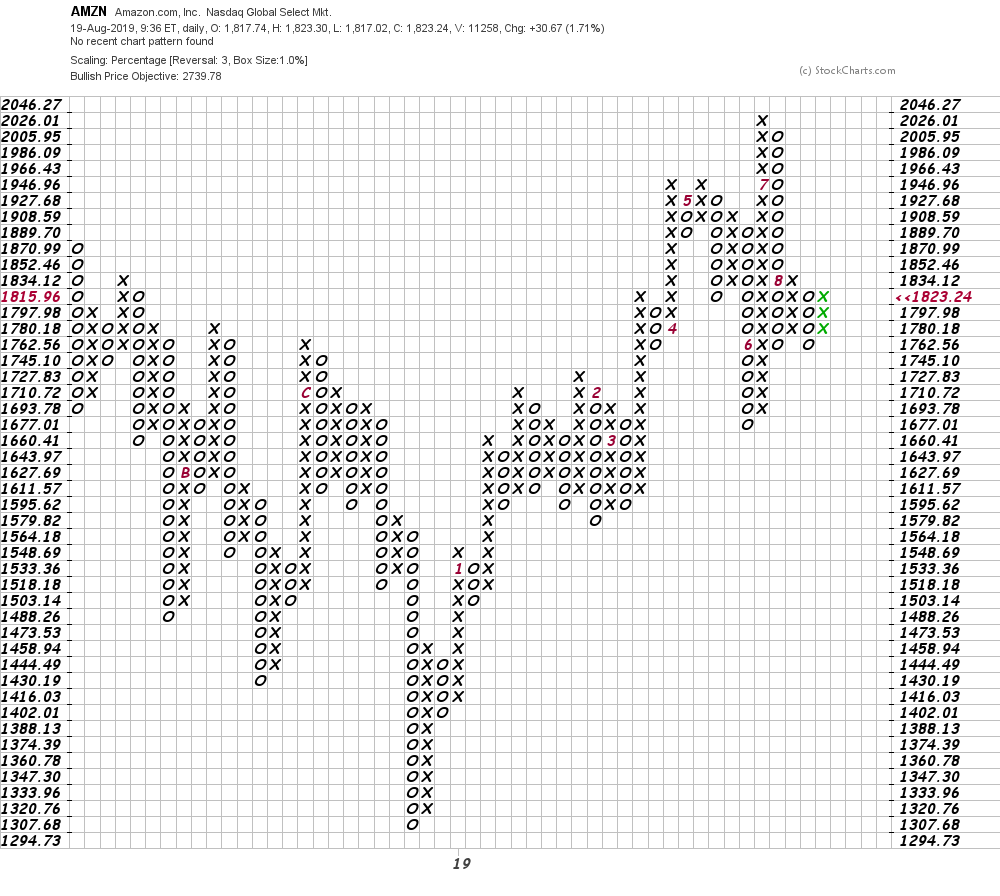 Bottom line strategy: I would bet that most if not all the sell side analysts are bullish on AMZN. If everyone is long the question is who is left to buy? A decline below $1745 would probably prompt recent longs to get defensive.

Get an email alert each time I write an article for Real Money. Click the "+Follow" next to my byline to this article.
TAGS: Investing | Stocks | Technical Analysis | Trading | Retail | E-Commerce