Penn National Gaming (PENN)  has been in a decline for months now.

We wrote on May 4 that "The pace of the decline from early March is slowing, but we could see a test of the rising 40-week moving average line and the 200-day line with the Point and Figure target of $79. Wait for a key reversal day or a candlestick pattern and follow-through buying before entering the long side."

In this daily bar chart of PENN, below, that prices have remained weak since a peak in March. Prices are trading below the declining 50-day moving average line as well as below the declining 200-day line. The daily On-Balance-Volume (OBV) line has been in a decline since March and tells us that sellers of PENN have been more aggressive for several months. The Moving Average Convergence Divergence (MACD) oscillator is bearish.

In this weekly Japanese candlestick chart of PENN, below, we see a bearish picture. Prices do not show us a common reversal pattern with bullish confirmation throughout the decline. The slope of the 40-week moving average line is negative (bearish). The weekly OBV line is bearish and so is the MACD oscillator.

In this daily Point and Figure chart of PENN, below, we can see that prices have reached and exceeded a downside target of $68. 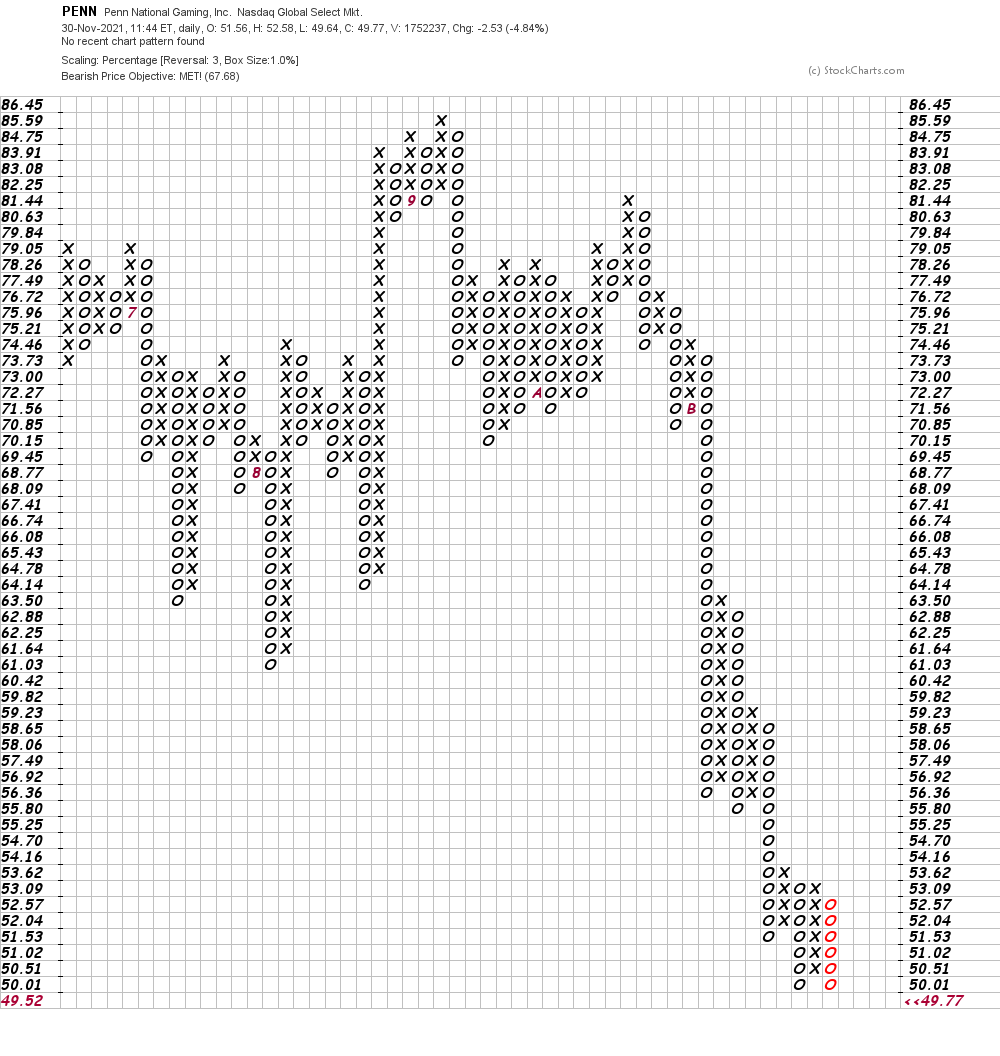 In this weekly Point and Figure chart of PENN, below, we can see that the software is projecting a tentative downside price target of only $19.

Bottom line strategy: The charts suggest there is a potential for further significant declines in the share price of PENN. Going long is not a good bet. Avoid.
Get an email alert each time I write an article for Real Money. Click the "+Follow" next to my byline to this article.
TAGS: Investing | Technical Analysis | Sports business | Gaming