Richenhagen admitted that these are tough times for everyone, but noted that all of AGCO's U.S.-based factories are operating at capacity. Richenhagen was bullish on the prospects of the U.S. stimulus package providing relief for farmers and he said the secular trend towards plant-based proteins and other plant-based products bodes well for farmers and in turn for AGCO.

Let's check out the charts of AGCO.

In this daily bar chart of AGCO, below, we can see that the prices were more than cut in half from their zenith in November. At first prices just "rolled over" but as the decline continued the downtrend accelerated. The slopes of our key moving averages are negative and a bearish death cross can be seen back in February.

The daily On-Balance-Volume (OBV) line peaked back in late November with prices but it is showing a little stability in March.

The 12-day price momentum study in the lower panel shows a peak in downside momentum but we don't have a bullish divergence to get us more positive on the next move.

In this weekly bar chart of AGCO, below, we went back 10 years to show how much damage was done to the chart. Prices sank to levels not seen since 2011.

The slope of the 40-week moving average is negative but notice the weekly On-Balance-Volume (OBV) line -- the line was generally positive the past 10 years and only shows a small decline this year.

In this Point and Figure chart of AGCO, below, we used daily price data. Here we see a potential upside price target in the $71 area. Chart resistance looks like it starts around $60. 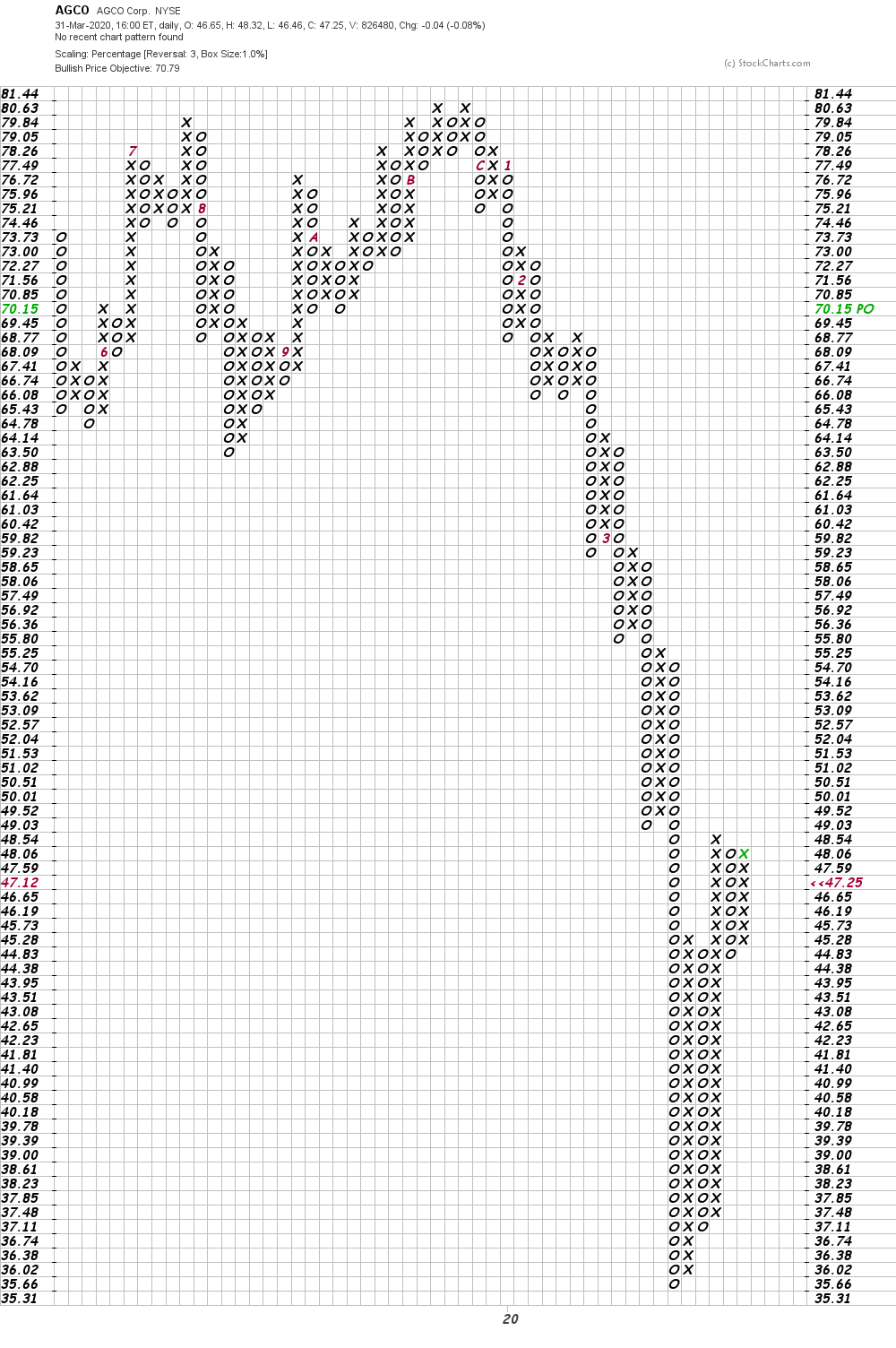 Bottom line strategy: The picture for AGCO is mixed. We have a bullish Point and Figure chart but the damage on the weekly chart is not going to be repaired so quickly. I would avoid the long side of AGCO and look for stocks where an upside move looks more certain.

Get an email alert each time I write an article for Real Money. Click the "+Follow" next to my byline to this article.
TAGS: Investing | Stocks | Technical Analysis | Trading | Agriculture | Mad Money | Executive Interview