By BRUCE KAMICH Jun 05, 2019 | 10:53 AM EDT
Stocks quotes in this article: AMD
In the the always exciting Lightning Round of Mad Money Tuesday night, Jim Cramer was bullish on Advanced Micro Devices ( AMD) . Let's check the charts and indicators to see if they are still pointing upwards.
In this daily bar chart of AMD, below, we can see that prices peaked back in September and made a small double bottom in late October and late December around $16. Prices have rallied back to the $30 area and the $64,000 question is whether the rally can continue.
AMD is above the rising 50-day moving average line and it has tested that line many times this year. Prices are also above the slower-to-react 200-day moving average line.
The daily On-Balance-Volume (OBV) line declined in September and October telling us that sellers were more aggressive. The OBV line improved modestly in November through January but it has leveled off the past four months. Prices have crept higher but the OBV line has not confirmed the price action with its own higher highs.
The 12-day price momentum study in the bottom panel shows a weakening picture from September and in May, hardly any upside momentum.

In this weekly bar chart of AMD, below, we can see the three year price history. Prices rallied and then consolidated those gains in 2017. There was another rally in 2018 followed by a correction and a recovery. Prices are above the cresting 40-week moving average line.
The weekly OBV line shows a rise from December but it has not (yet?) made a new high. Because the OBV line can lead prices it would be bullish if the line made a new high now.
The weekly Moving Average Convergence Divergence (MACD) oscillator is above the zero line but the two averages are on top of each other signaling a loss of trend strength.

In this first Point and Figure chart of AMD, below, we used percentage change movements to create the chart. An upside price target in the $35 area is shown but a new high of $30.11 is needed to refresh the trend. 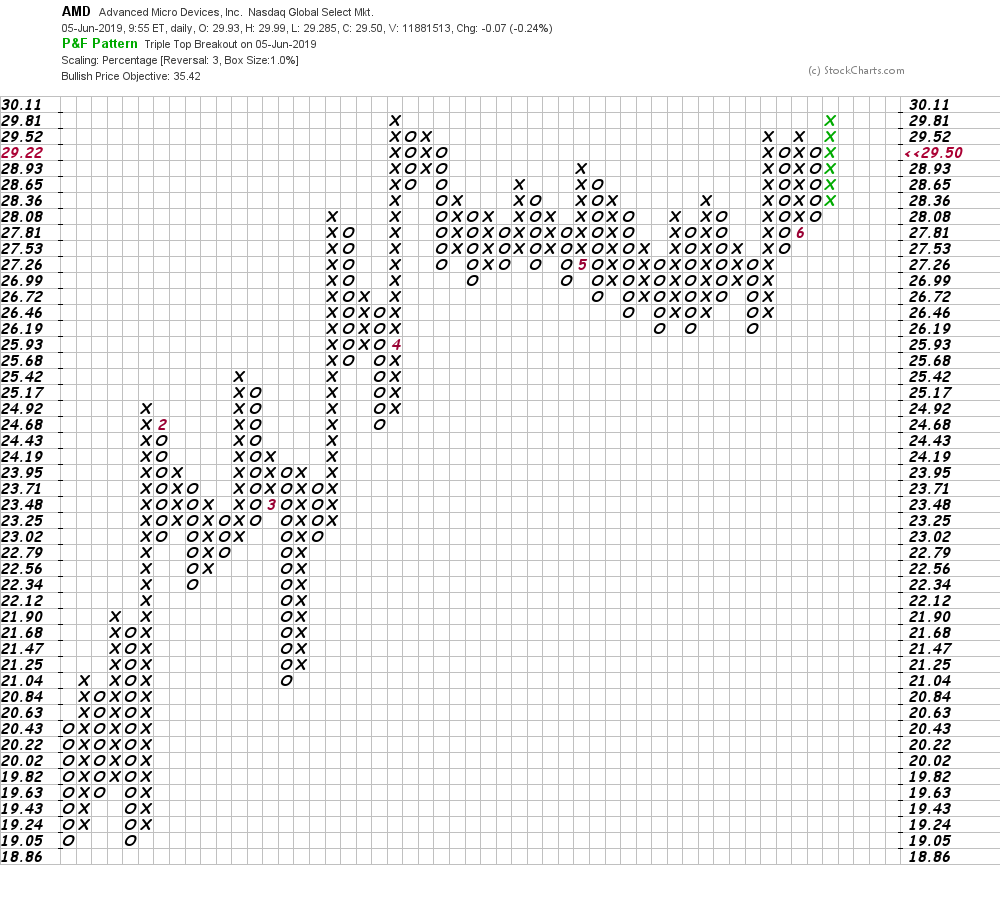 In this second Point and Figure chart of AMD, below, we used the more traditional method of $1 increments. Here the chart has reached its upside price target. 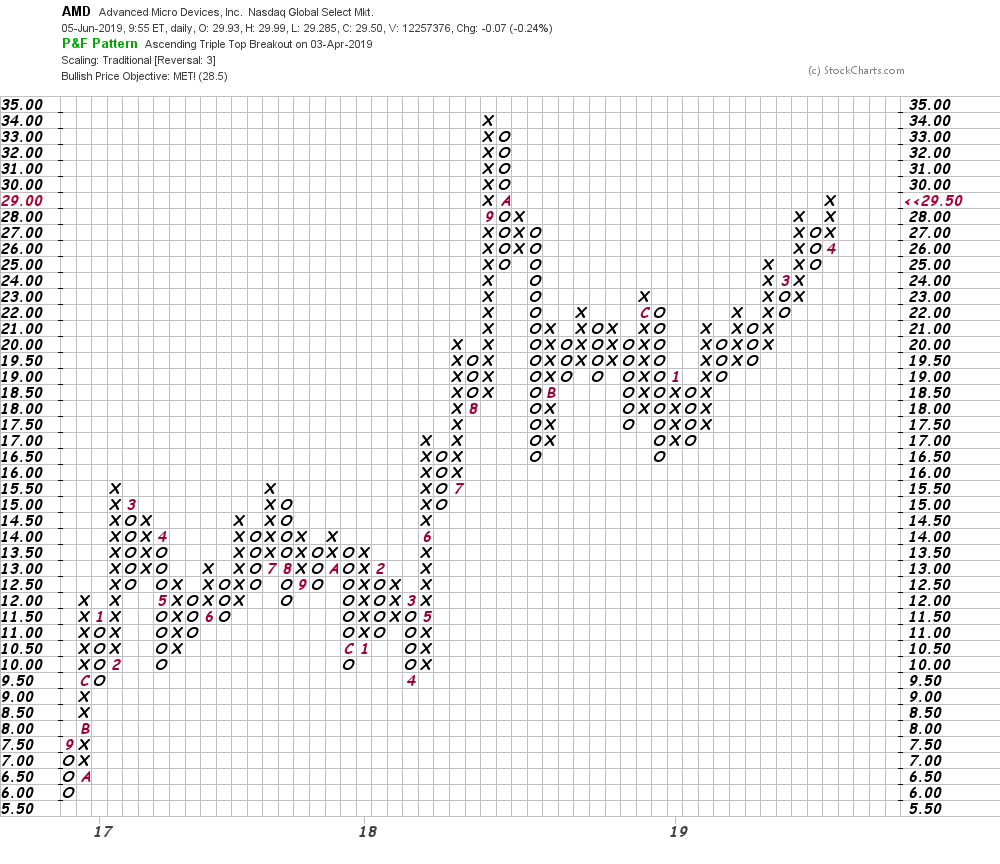 Bottom line strategy: The two Point and Figure charts (above) show two different outcomes. AMD has reached an upside price target or it has further to go. Let's watch AMD closer the next few days to see which forecast will persevere.
Get an email alert each time I write an article for Real Money. Click the "+Follow" next to my byline to this article.
TAGS: Investing | Markets | Stocks | Technical Analysis | Trading | Semiconductors & Semiconductor Equipment | Mad Money