Kotick attributed Activision's success to their continual focus on their customers. He said over 425 million people play their games in 190 countries around the world.

Kotick also commented on his recent pay cut, saying that Activision is a performance-based company and salaries aren't a performance metric. He was happy to align his salary to the 25th percentile of their industry and instead, rely on stock-based compensation.

Finally, Kotick spoke about their Call of Duty Endowment, which provides assistance to veterans. He said veterans are three times less likely to find work after that return from service and the endowment hopes to help rectify that statistic.
We last looked at ATVI on April 28 and wrote that "If ATVI continues to find buying support around $90 I would want to be a buyer risking to $86 - just below the 200-day moving average line. The $114 area would be our eventual first price target." Let's check the charts again.
In this updated daily Japanese candlestick chart of ATVI, below, we can see that prices have held the $90 area and that prices did not break the 200-day moving average line. All good so far. ATVI is trading above the 50-day moving average line again.
The On-Balance-Volume (OBV) line and the Moving Average Convergence Divergence (MACD) oscillator are moving in the right direction. 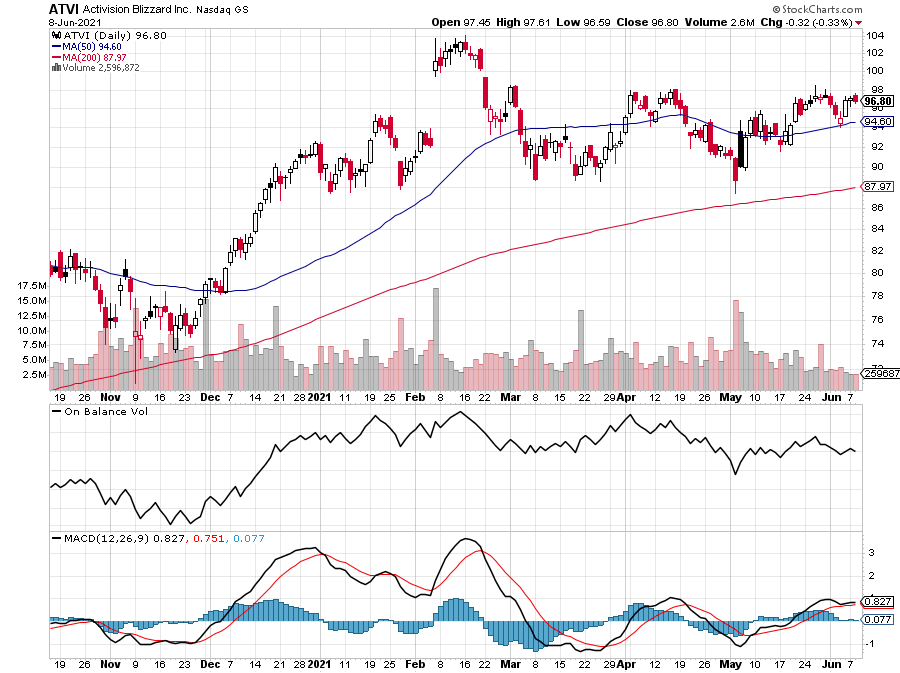 In this weekly Japanese candlestick chart of ATVI, below, we see a bullish picture. The rising 40-week moving average line is positive and dips to or towards the line have been buying opportunities. The weekly OBV line is bullish and confirms the price gains. The MACD oscillator is close to an upside crossover and fresh outright buy signal. 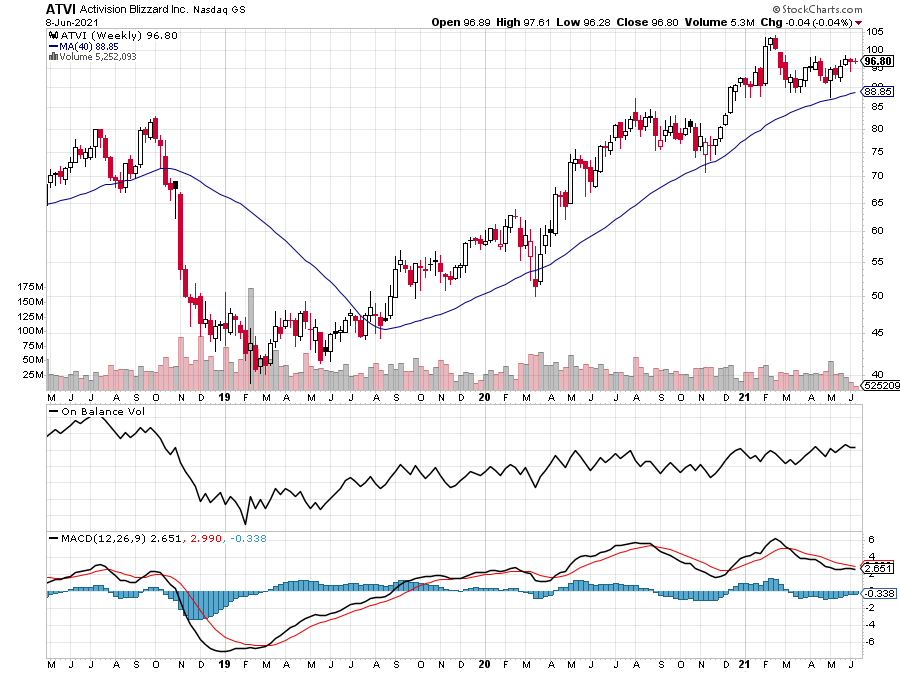 In this daily Point and Figure chart of ATVI, below, we can see a $106 price target being projected. We also see that a trade at $99.37 will refresh the uptrend. 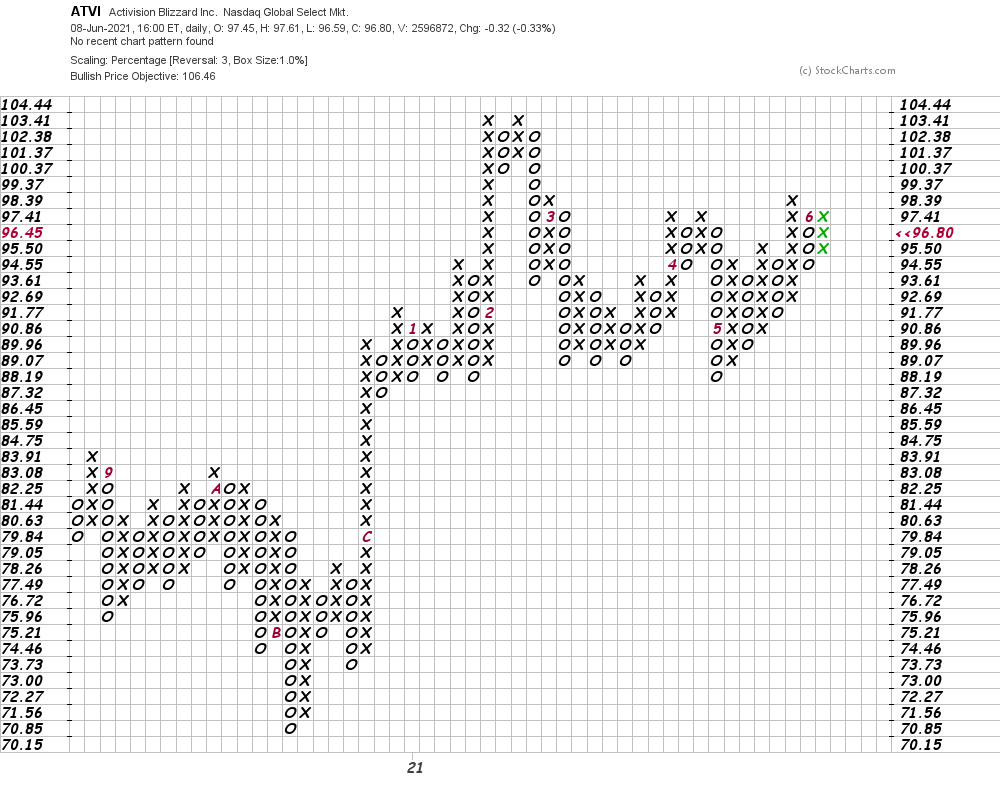 In this weekly Point and Figure chart of ATVI, below, we see a $119 price target. 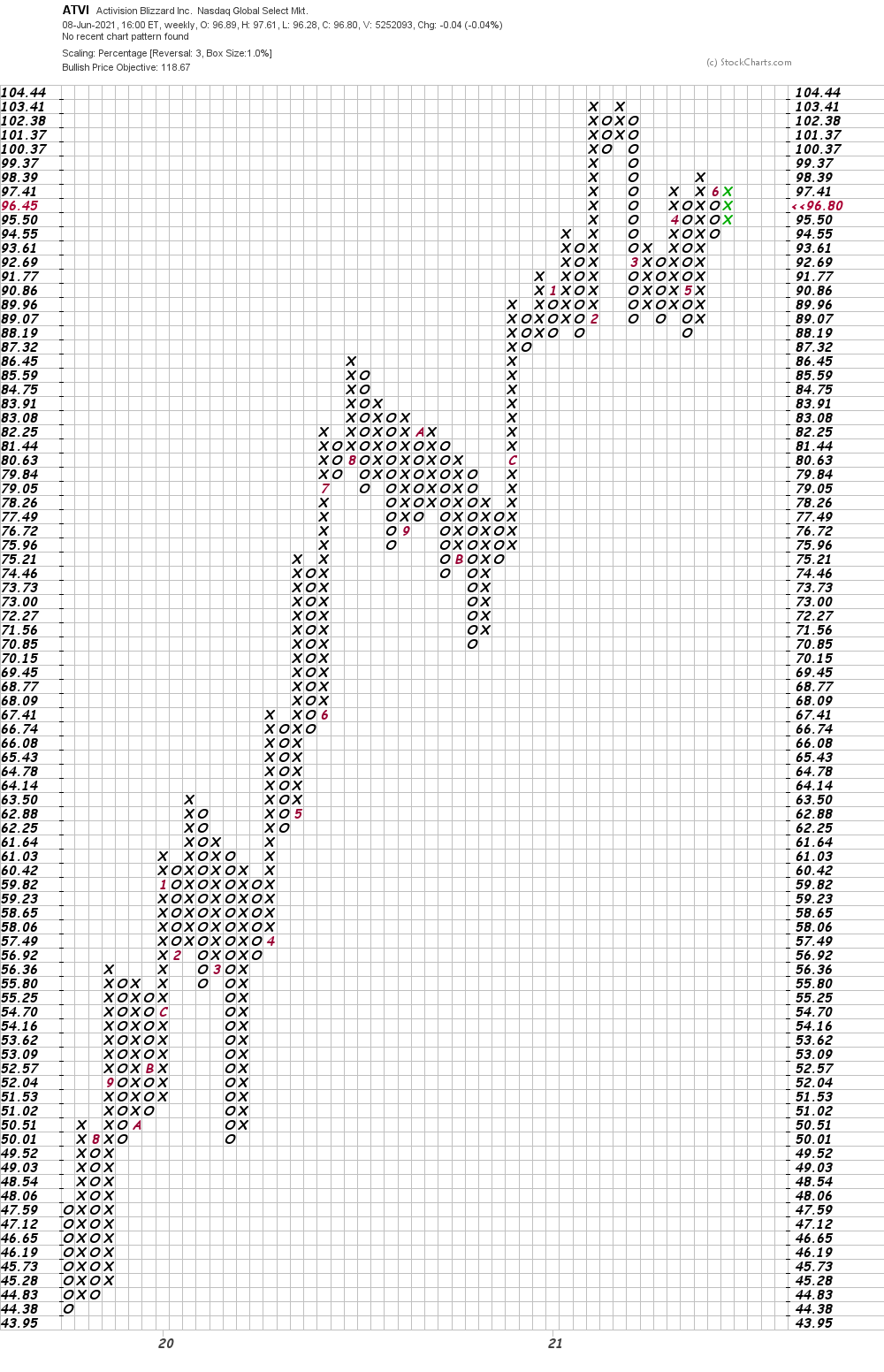 Bottom line strategy: Traders who went long ATVI in late April should continue to hold those positions. Traders who are flat could purchase ATVI here. Raise stop protection to $90 now. $106 and $119 are our price targets for now.
Get an email alert each time I write an article for Real Money. Click the "+Follow" next to my byline to this article.
TAGS: Investing | Markets | Stocks | Technical Analysis | Trading | Software & Services | Video Games | Gaming | Mad Money | Executive Interview