During Friday night's "Mad Money," a caller during the Lightning Round asked about Scotts Miracle-Gro Co. (SMG) : "I'd sell half. You have a good gain and the weather has been tough," Cramer said.

Let's check out the charts and indicators before the next application.

In this daily bar chart of SMG, below, we can see two trends over the past twelve months. Prices declined from July to late December and then a nice rally has unfolded from late December to the middle of June.

The daily On-Balance-Volume (OBV) line has risen nicely the past six months telling us that the buyers of SMG have been more aggressive. The Moving Average Convergence Divergence (MACD) oscillator has been above the zero line since late January, and could cross to the upside again for a fresh buy signal.

In this weekly bar chart of SMG, below, we can see that prices are above the rising/bullish 40-week moving average line. The weekly OBV line has been positive since September, and the MACD oscillator is in a bullish configuration well above the zero line.

In this Point and Figure chart of SMG, below, we can see a bullish upside price target of $121 projected. 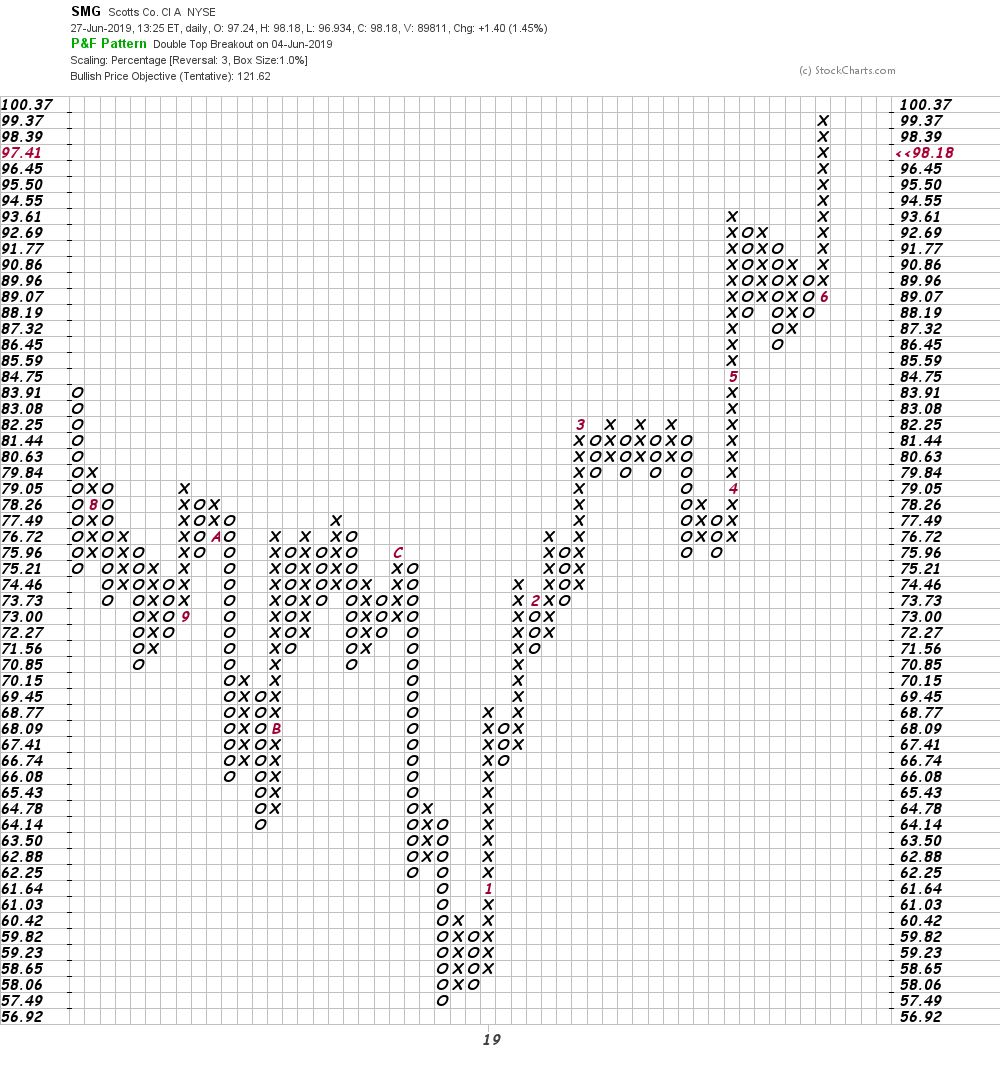 Bottom line strategy: SMG is approaching some chart resistance from 2017 in the $105-$110 area. It is smart to nail down some profits. Raise or enter sell-stop protection at $90 and let's try to sell the balance of our longs on approach to the $120 area.

Get an email alert each time I write an article for Real Money. Click the "+Follow" next to my byline to this article.
TAGS: Investing | Technical Analysis | Chemicals | Mad Money | Consumer Discretionary

Jim Cramer: The Tale of My Apple Watch

I keep saying own Apple, don't trade it. If not? I can't help you.