During the "Lightning Round" segment of Mad Money, Jim Cramer takes caller's questions about stocks in rapid-fire succession. It's a viewer favorite. On Thursday evening one caller asked about NextEra Energy (NEE) : "I like that one, along with Consolidated Edison (ED) and American Electric Power (AEP) ," replied Cramer.

Let's check out the charts of NEE.

The On-Balance-Volume (OBV) line has improved slightly from its March low and has drifted slightly lower from late July as prices have traded sideways.

The Moving Average Convergence Divergence (MACD) oscillator is close to the zero line but looks like it can or could turn higher from here.

In this weekly bar chart of NEE, below, we can see a mostly positive picture. Prices are in an uptrend over the past three years and are above the rising 40-week moving average line.

Prices have made a new high for the move up but the weekly OBV line is still below its March high generating a bearish divergence as this indicator is not confirming the price high.

In this daily Point and Figure chart of NEE, below, we can see a big upside price target of $390. Impressive. 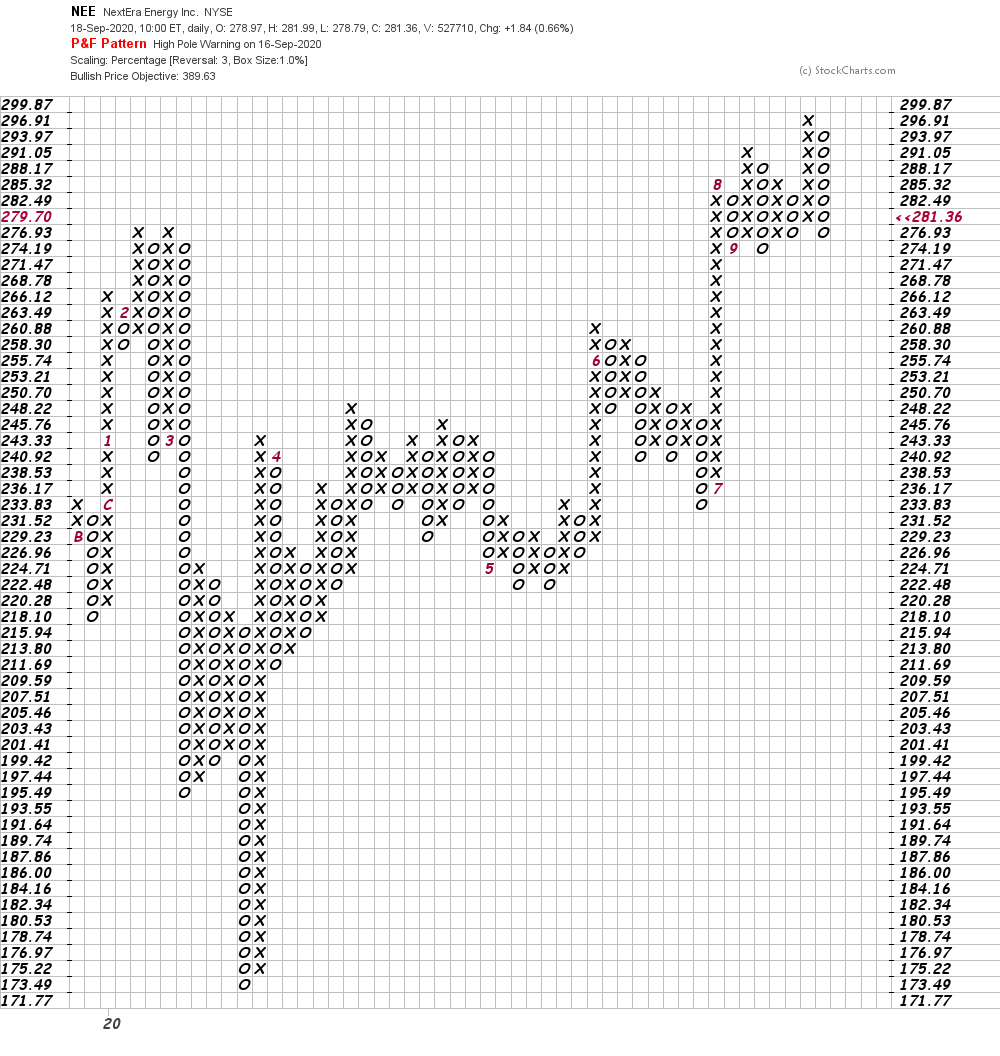 Bottom line strategy: While I have a couple reservations about some divergences, overall, the charts of NEE look constructive. New longs should risk a close below $269 for now. The $390 price target from the Point and Figure chart looks a bit ambitious right now.
Get an email alert each time I write an article for Real Money. Click the "+Follow" next to my byline to this article.
TAGS: Investing | Stocks | Technical Analysis | Trading | Utilities | Mad Money