The stock trades at 15 times earnings with a 3.5% dividend yield. Juniper is holding its annual analyst event this Friday.

Rahim said that Juniper managed to have a great year, despite the pandemic, by focusing on the segments of the enterprise market that were growing and pivoting to meet the new challenges.

Rahim explained that Juniper was able to reduce network trouble tickets by 90% but using AI to diagnose and fix problems before and as they occurred.

Let's check out the charts and indicators of JNPR. The last time we looked at JNPR was back on May 1 where we wrote that "The rally failure at the key moving averages and a downside price target from our Point and Figure chart tell me that the price of JNPR can correct further to the downside. Avoid the long side for now." Prices have been choppy since May but let's see if that might change.

The On-Balance-Volume (OBV) line has improved since early November telling us that buyers of JNPR have been more aggressive. The Moving Average Convergence Divergence (MACD) oscillator is above the zero line and poised to turn upward for a new buy signal.

In this weekly bar chart of JNPR, below, we can see that prices have struggled since late 2018. Prices are finally above the rising 40-week moving average line but the weekly OBV line has not matched or confirmed the price gains. The MACD oscillator finally turned bullish last month.

In this daily Point and Figure chart of JNPR, below, we can see that prices reached and exceeded their $23.48 price target. 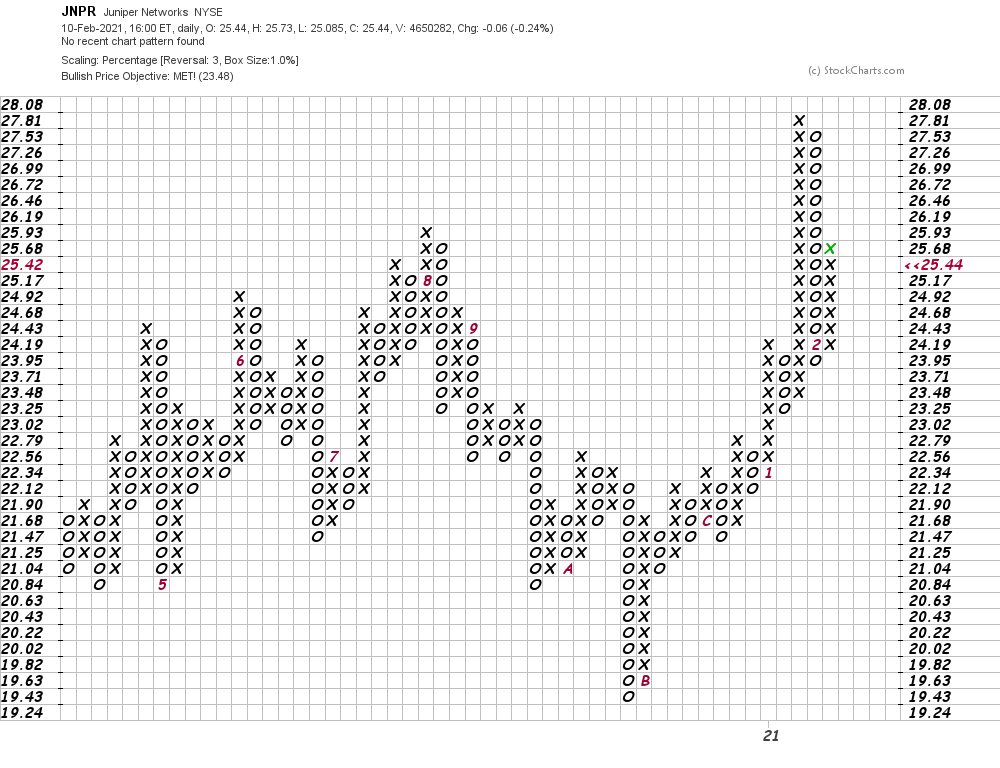 In this weekly Point and Figure chart of JNPR, below, we can see a potential price target of $40. 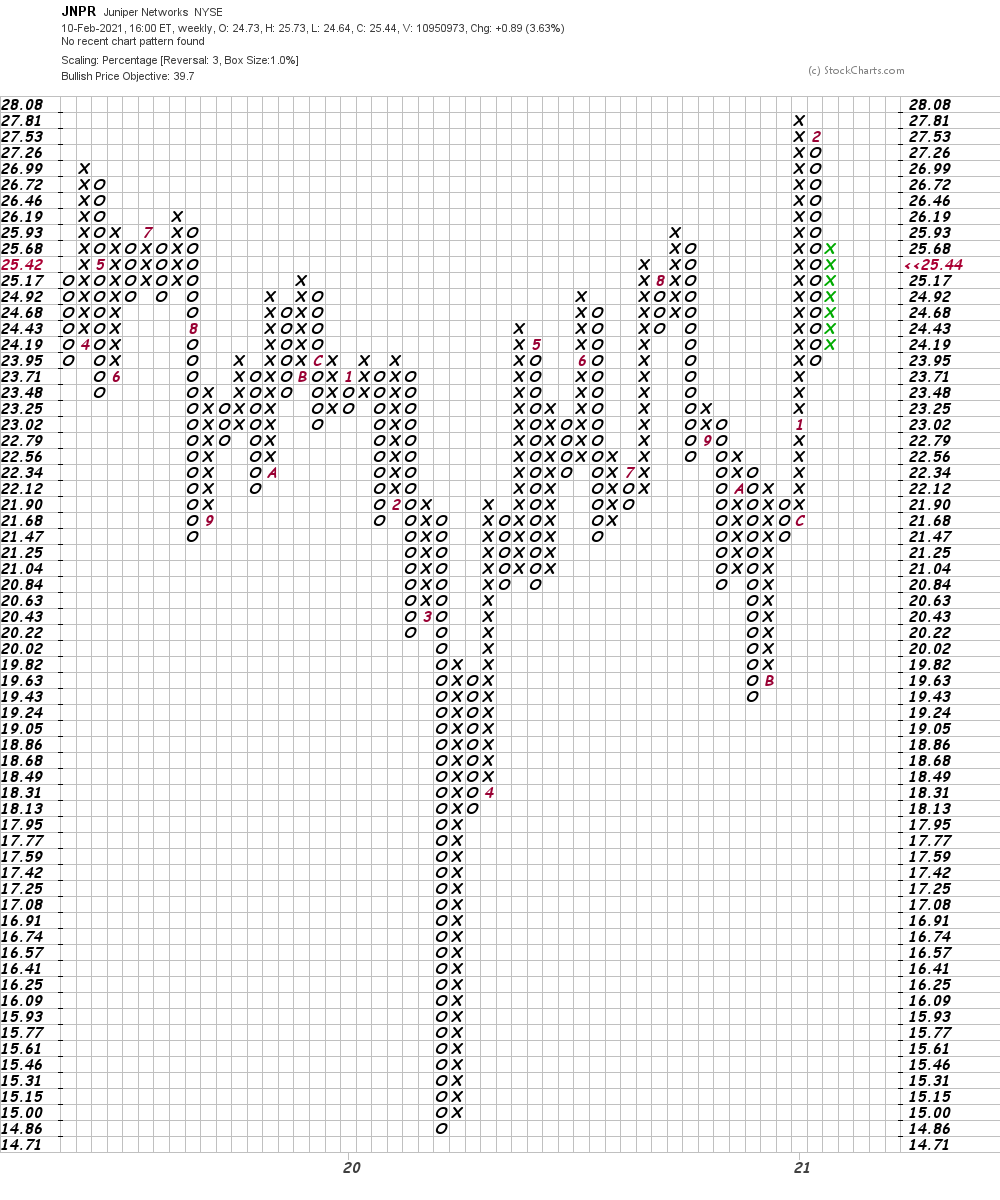 Bottom line strategy: JNPR could be traded from the long side but I would not risk much below $23. The $40 area is our price target.

Get an email alert each time I write an article for Real Money. Click the "+Follow" next to my byline to this article.
TAGS: Investing | Stocks | Technical Analysis | Trading | Technology Hardware & Equipment | Mad Money | Executive Interview

In a year full of boom and bust commodity moves, let's spill the beans on coffee's unruly rally.

It's Not a Full Rotation but Russell Has a Turn

Some traders hoped to see rebound in growth and small caps, which didn't quite work out, but still the IWM had a solid gain of 1.5%.

Jim Cramer: What a Day to Celebrate Not Being Short the Stocks I Like

I'm grateful for those who say that they like to short everything I like because crow is a dish best tasted cold, and are they ever eating a ton of it.

I don't want to own the stock outright nor would I want to be long anything under $220.