Let's check it out.
In this daily bar chart of XBI, below, we can see that prices have made a significant correction since the middle of February. Prices have been successfully testing the rising 200-day moving average line since late March.
The On-Balance-Volume (OBV) line has been stable this year so far and suggests to me that investors in XBI have stayed with their long positions even as prices pulled back.
The Moving Average Convergence Divergence (MACD) oscillator looks like it has bottomed out the past few weeks and is poised for a cover shorts buy signal.

In this daily bar chart of IBB, below, we can see a similar "set up" to the XBI, In this chart we can see that IBB corrected down from the middle of February and has successfully retested the 200-day moving average line since early March.
Trading volume was heavy in early March on the first test of the line so I am assuming that there may have been a shift in ownership from weak hands to stronger hands. The MACD oscillator is poised to move higher.

In this daily Point and Figure chart of XBI, below, we can see a potential downside price target but a rally to $140.77 is likely to turn this chart more positive. 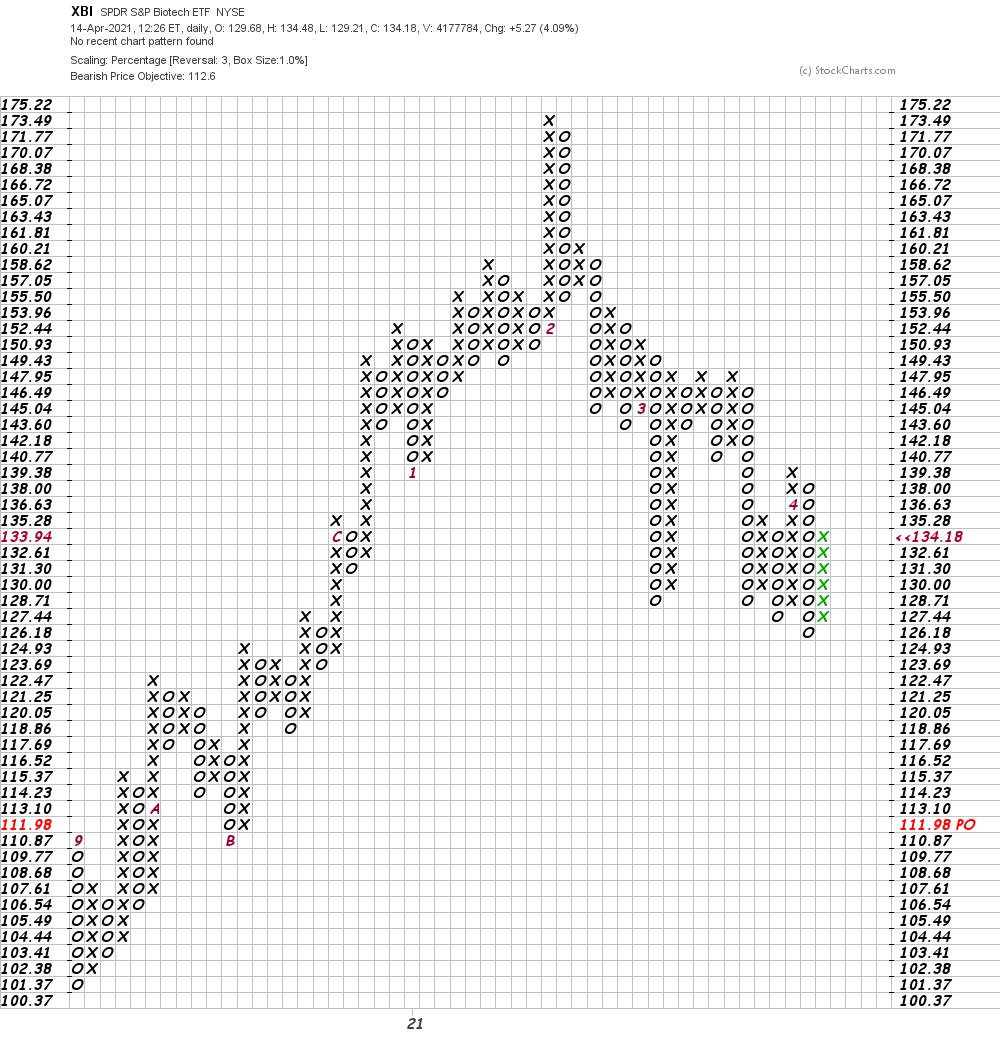 In this daily Point and Figure chart of IBB, below, we can see a possible downside price target of $139 but also that a trade at $154 will improve the picture. 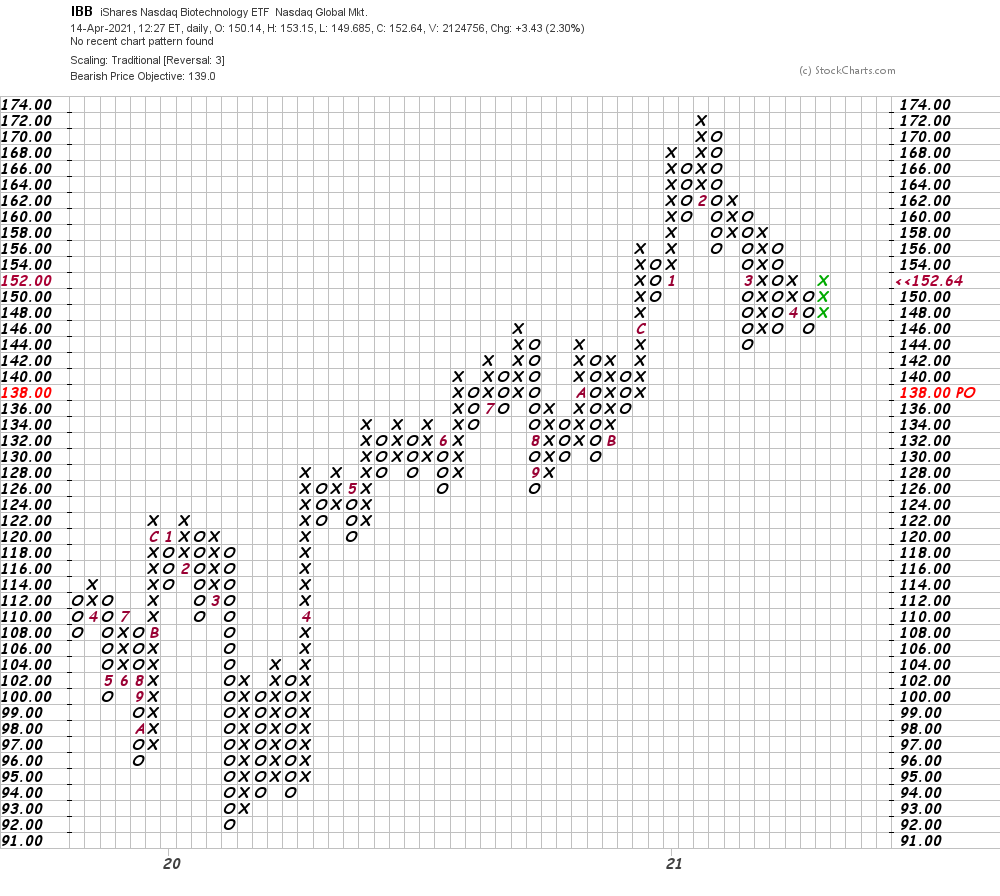 Bottom line strategy: Both XBI and IBB have made corrections and both have been holding their respective 200-day moving average lines. Traders and investors could go long either of these ETFs at current levels and look to add on strength. Risk two closes below the March lows.
Get an email alert each time I write an article for Real Money. Click the "+Follow" next to my byline to this article.
TAGS: ETFs | Investing | Markets | Stocks | Technical Analysis | Trading | Biotechnology | Healthcare | Pharmaceuticals