"I like diagnostics. I'll bless this one for speculation," responded Cramer.

OnocCyte is a molecular diagnostics company that provides "actionable answers at critical decision points" during lung cancer care, according to the company's website.

Let's check out the charts.
In this daily bar chart of OCX, below, we can see that prices made a base in the $1.50 area last year, before turning higher in December. Prices made a big run up into February, but then quickly reversed direction and made a sharp correction into early March. OCX traded sideways into May before a new rally took hold and broke out over the April highs. Prices are back above the rising 50-day moving average line and the rising 200-day moving average line. Trading volume is very hard to read, because of the scale of the chart. The daily On-Balance-Volume (OBV) line looks like it has improved from early March. The Moving Average Convergence Divergence (MACD) oscillator is above the zero-line, but pointing down.

In this weekly Japanese candlestick chart of OCX, below, we can see the past three years of activity. The $1.50 area has been a basing zone and now the $4.00 to $3.50 area looks like good support. The $6.50 area could provide some resistance but the $8.00 area from 2017 (not shown) will be the real key to overcome. Prices are above the rising 40-week moving average line. The weekly OBV line and the MACD oscillator are positive.

In this daily Point and Figure chart of OCX, below, we can see that prices reached a target of $5.89. 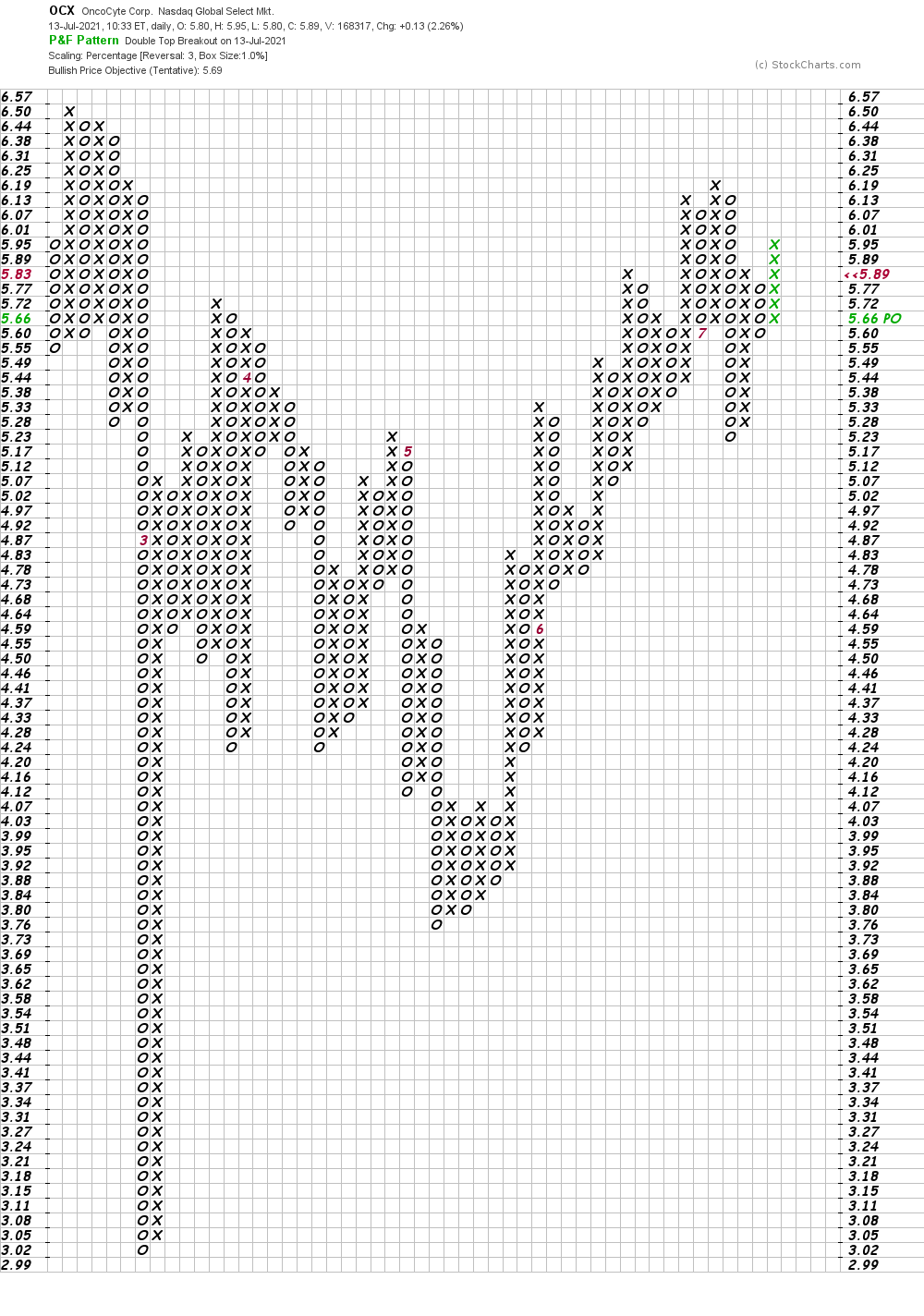 In this weekly Point and Figure chart of OCX, below, we can see a price target just above $8. Strength above $8 is likely to be a serious upside breakout.

Bottom line strategy: Aggressive traders could go lone OCX at current levels risking to $4.50. Traders who are not aggressive or are risk averse could wait for a weekly breakout over $8 to go long.
Get an email alert each time I write an article for Real Money. Click the "+Follow" next to my byline to this article.
TAGS: Investing | Technical Analysis | Life Sciences | Mad Money