I think Wednesday was a Realization Day.

Today may be a Realization Day.

And that has shifted the sentiment. In other words, for the first time in weeks I can't use the word complacent, when it comes to sentiment. I can't say that we have a whole lot of bearishness yet, but it finally feels like we're headed there. It's not quite panicky but it is no longer complacent.

The Investors Intelligence bulls fell 7 points to 49%. That's a step in the right direction, especially considering this reflects action through last Friday and none of what we've seen this week. The bears even notched up a bit. They are at 25%. There is nothing extreme there, but it is the highest reading since spring 2020. It's possible next week could see the bulls in the low 40s. 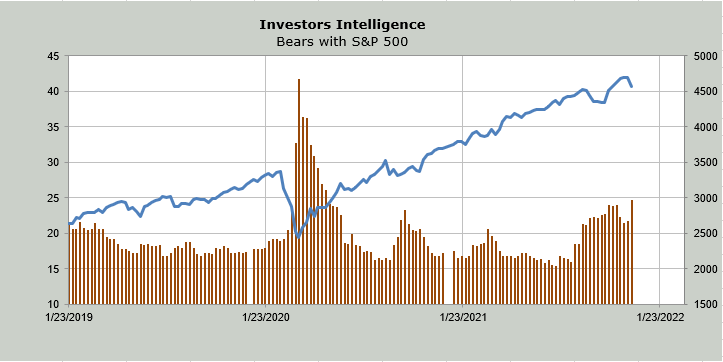 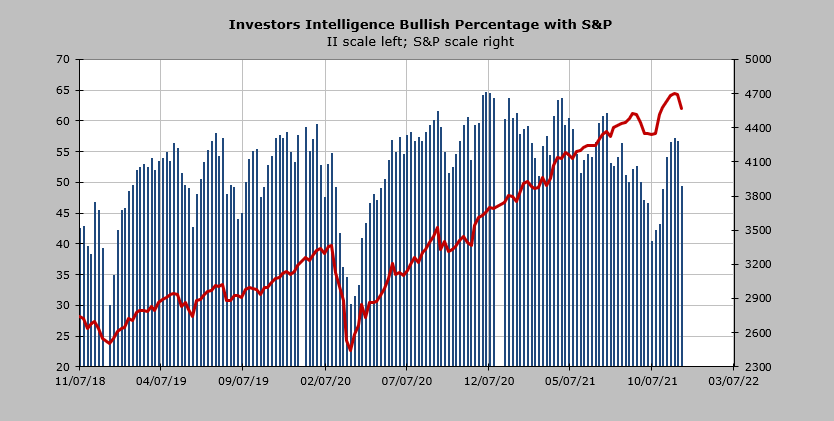 Wednesday's put/call ratio was .99. I'd still like to see a few readings over 1.0, but at least this is finally moving with four out of the last five days with readings over .90. The 10-day moving average is at .86 and it was .98 in September, which means there is still room for us to see real bearishness, but readings over .90 are how we get there.

In addition, we are even more oversold now. I decided to take the New York Stock Exchange Overbought/Oversold Oscillator back to spring 2020 to show you how oversold we are. It is similar with Nasdaq.

The more intermediate-term Hi-Lo Indicator for Nasdaq finally tagged 20%, but hasn't gone below it yet. I expect it to do so in the next few days. 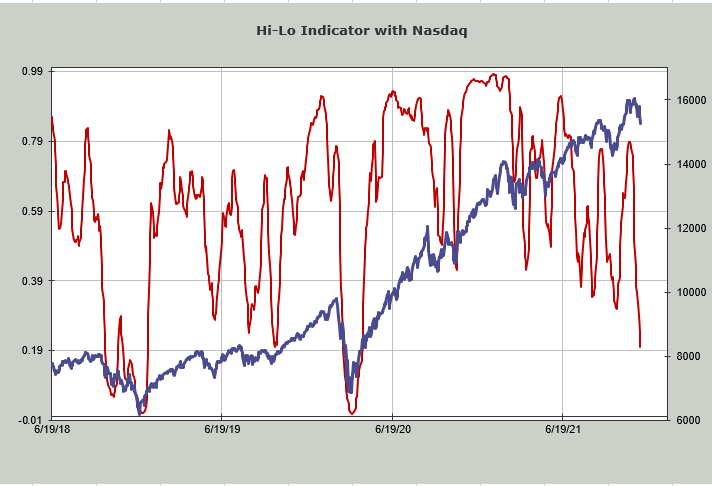 The NYSE's Hi-Lo is now at 31%, which you can see is the lowest since the spring of 2020. That probably needs another week or so to get oversold.

One final point is that the number of stocks making new lows did not expand on Wednesday. Not on Nasdaq and not on the NYSE.

It's hard to imagine anyone will want to buy stocks after trying to do so and getting burned on Wednesday, but isn't it that sort of action that changes the sentiment? If we do rally on Thursday (I still think we should rally) no one will trust it. And that is part of the change in sentiment.

Let's check the charts as DKNG finally gets bounce to trade from the long side.